Sun News Network closed down permanently on Friday, pulling its signal off air at 5 a.m. ET. Its future had been in doubt for some time due to low ratings and annual losses that climbed as high as $18.5-million in recent years. But its closing still came abruptly, with many of the 200 staff who worked at the network learning they were losing their jobs from other news outlets Thursday night. Here are five key factors that contributed to Sun News Network's demise.

The straight talk about Sun News Network is that its failure traces back to the math. When it launched in 2011, the network cautiously told advertisers it expected to draw perhaps 5,000 viewers in an average daytime quarter-hour, and maybe twice that in prime time, during its early days. Ad buyers were wary. But even after the channel gained a foothold in nearly 4.9 million Canadian households, its day-to-day ratings never substantially improved. One-time events aside, many shows still attracted just a few thousand viewers, and ad rates stayed low – the company took in just $1.7-million in ad revenue in 2013, while the network lost $14.8-million. The debut episode of Ford Nation, a talk show hosted by Toronto politicians Rob and Doug Ford, was an outlier, drawing about 155,000 viewers to its first airing. The network cancelled the program the next day.

Controversial opinions were part of the network’s brand. But no single segment from nearly four years on air drew fiercer backlash than an interview host Krista Erickson conducted with dancer Margie Gillis, which aired in early June, 2011, less than two months after the network launched. Ms. Erickson aggressively interrogated Ms. Gillis about why artists like her deserve public funding, often shouting over the guest’s answers, and argued dancing paled in importance when Canadian soldiers were dying while serving in Afghanistan. Angry viewers flooded the Canadian Broadcast Standards Council with 6,676 complaints (it usually receives about 2,000 a year), saying Ms. Gillis had been ambushed and treated unfairly, overwhelming the Council, which had to issue a plea for viewers to stop filing complaints. It ultimately ruled Ms. Erickson had not violated ethical standards, but the episode fixed a negative impression of the network with many viewers.

From the archives: John Doyle: Ruling on Sun News' Krista Erickson is a triumph for the obnoxious

In other instances, Sun News Network wasn’t able to escape censure. Regulators’ most frequent target was Ezra Levant, the outspoken host known for outlandish monologues on his program The Source. In late 2011, Mr. Levant ranted on air against Chiquita Brands International’s decision to stop using fuel from Alberta’s oil sands, directing a Spanish slur at an executive, which roughly translates to “go have sex with your mother.” The CBSC issued a rebuke, ordering the network to air a statement saying it violated the voluntary standards that govern broadcasters, but Mr. Levant remained defiant. Later that year, he made on-air comments about the Roma, calling them “gypsies, a culture synonymous with swindlers.” He later apologized for the remarks, and the CBSC again ruled he had violated ethical standards with his “abusive and unduly discriminatory” comments. 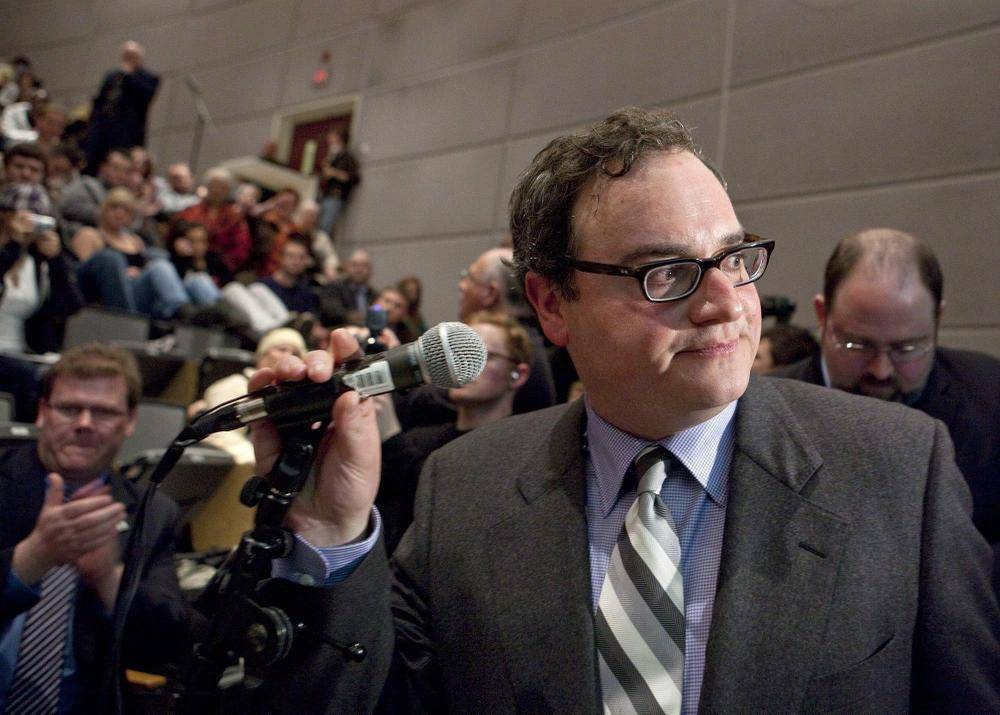 Ezra Levant is shown at the University of Ottawa in 2010. (Pawel Dwulit/The Canadian Press)

The fight for carriage

In a statement on Friday, Sun Media Corp. president and CEO Julie Tremblay pointed a finger at the regulatory rules that she believes constrained the channel’s growth. “The numerous obstacles to carriage that we encountered spelled the end of this venture,” she said. In 2013, Sun News Network argued to the Canadian Radio-television and Telecommunications Commission (CRTC) that it needed so-called “mandatory carriage” for five years, which would place it on every basic cable subscription, boosting its profile and guaranteeing 18 cents in revenue per subscriber each month. Anything less would be a “death sentence,” vice-president Kory Teneycke warned at the time. The network lost its bid and, in the process, exposed itself to charges of hypocrisy. Mr. Teneycke had penned a 2010 column attacking mandatory carriage as “tantamount to a tax on everyone with cable or satellite service,” and Sun News Network regularly criticized the CBC for relying on mandated public funding.

From the archives: Simon Houpt: Despite the irony in Sun TV’s plea, critics should back its bid for mandatory carriage

Globe editorial: Mandatory carriage is a misdirected tool with a suspect future

Critics of Sun News Network were fond of dismissing it as an attempt to build “Fox News North.” The network was unabashedly right-leaning and, in an attempt to turn around its sagging fortunes and stand out from competitors in 2013, rejigged its format to devote more daytime hours to opinion-based coverage. What emerged was, at times, perhaps more akin to provocative talk radio. But Sun News Network may have lacked one critical ingredient – the high-profile, marketable stars to draw and retain a mass audience. Fox News chief executive Roger Ailes has been quoted saying that “If you can get the audience to pull for you, you’ll always win.” Sun News Network’s best-known hosts – Ezra Levant, David Akin, Brian Lilley and Michael Coren – are well-known for their work in certain circles. But it was never clear they had found the formula to build devoted audiences the way American stars like Bill O’Reilly or Rush Limbaugh have.