Investors long accustomed to hearing bad news from Canada's most famous technology company woke up Thursday morning to a jolt of good news. BlackBerry shares are up more than 12 per cent, after the smartphone-maker announced better-than-expected results for its fiscal first quarter.

To be sure, the company is a long way away from its heyday years. But for the first time in a long time, there are signs that BlackBerry is doing some things right. 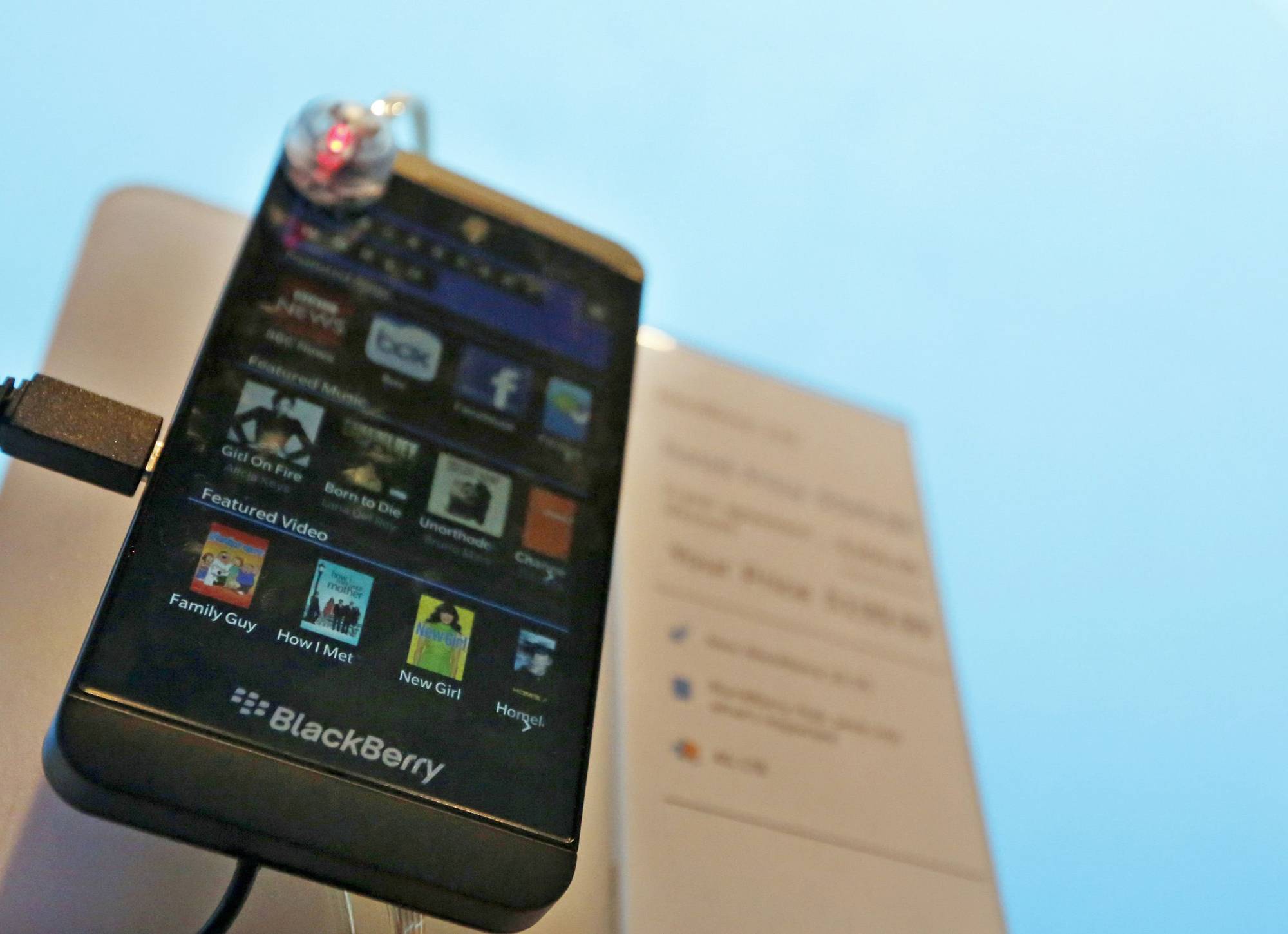 Thursday's positive earnings numbers weren't the only piece of good news for BlackBerry this week. A day earlier, the company announced a licensing deal that will bring Amazon's app store to BlackBerry devices, starting this fall. The deal means BlackBerry users will have access to some 240,000 new apps – without BlackBerry having to do very much work. BlackBerry has been much more open to such partnerships in recent months. On the hardware side, for example, the company signed a deal with manufacturing giant Foxconn, whereby Foxconn will build many of the entry-level BlackBerry phones, leaving BlackBerry free to focus its talent on higher-end devices. 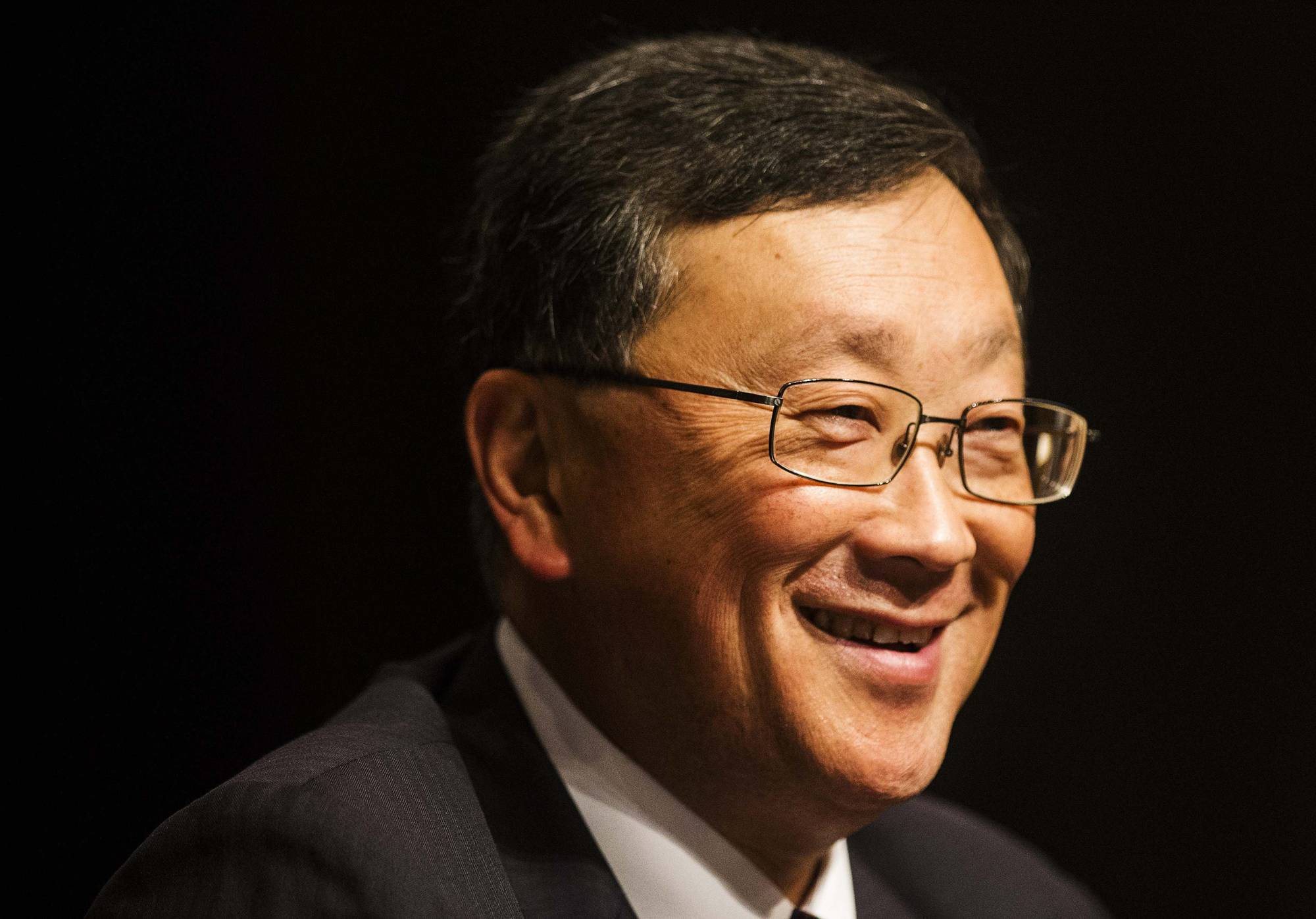 A major reason why BlackBerry lost a lot of its customers in recent years is because such defections proved contagious – every time a high-profile enterprise customer left the BlackBerry fold, others would worry about the company's future, increasing the likelihood that they, too, would leave. To combat this, new CEO John Chen has been spending much of his time personally meeting with BlackBerry's biggest enterprise customers, attempting to convince them that the company's future won't be as disappointing as its recent past. BlackBerry has also held numerous “Experience Days,” in which it invited customers to listen to Mr. Chen's vision for the company, and showcased some of its new ideas and innovations. 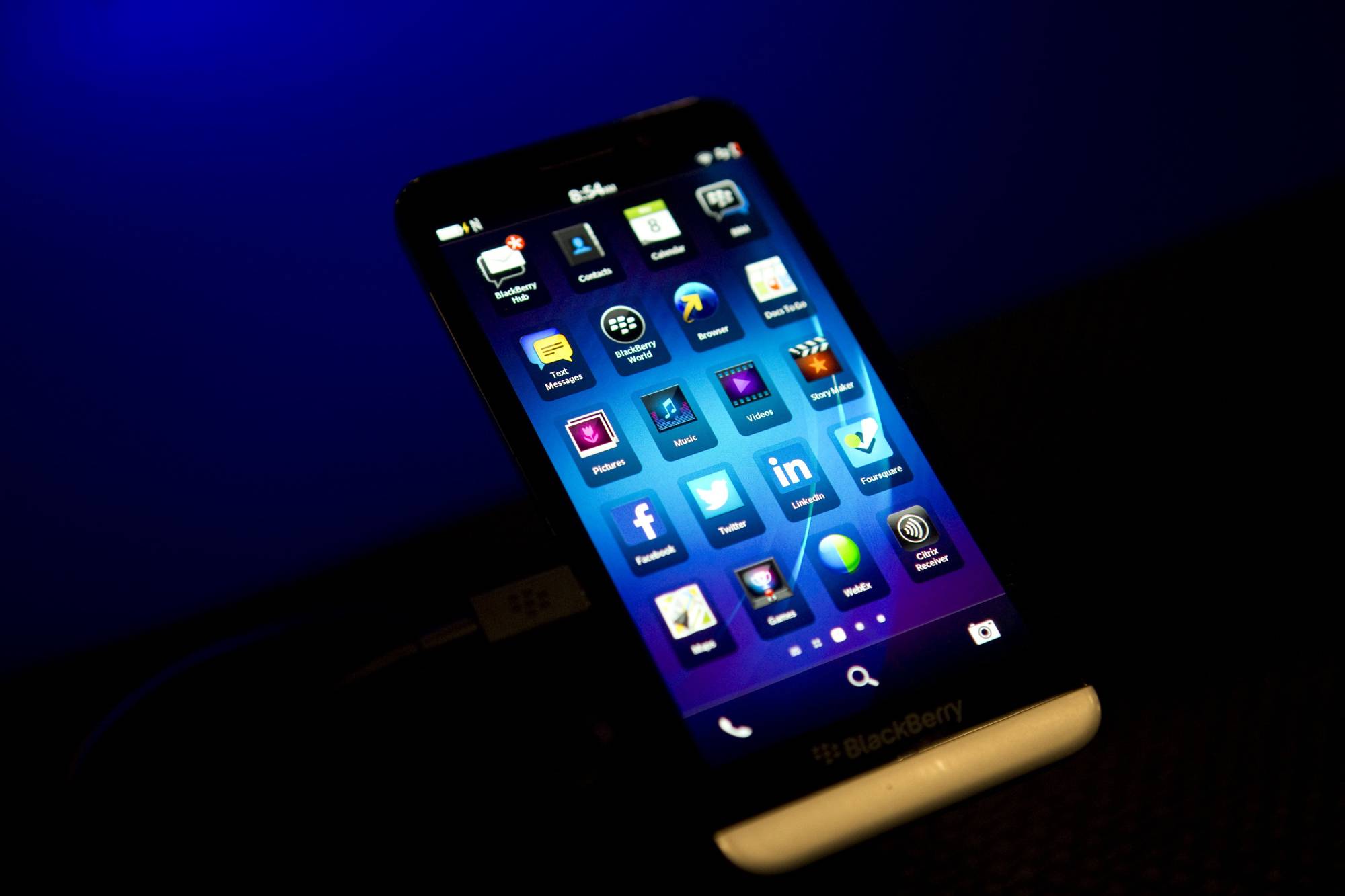 Matthew Sherwood/For The Globe and Mail

In its most recent fiscal quarter, BlackBerry burned through about $255-million in cash. That's still a hefty number, but it's also a whopping two-thirds less than the amount of cash the company used up in the quarter previous. Since taking over as CEO, Mr. Chen has made cost control one of his top priorities. Given that, on an adjusted basis, BlackBerry is still losing money every quarter, judicious use of its free cash is vital to maintain investor confidence. 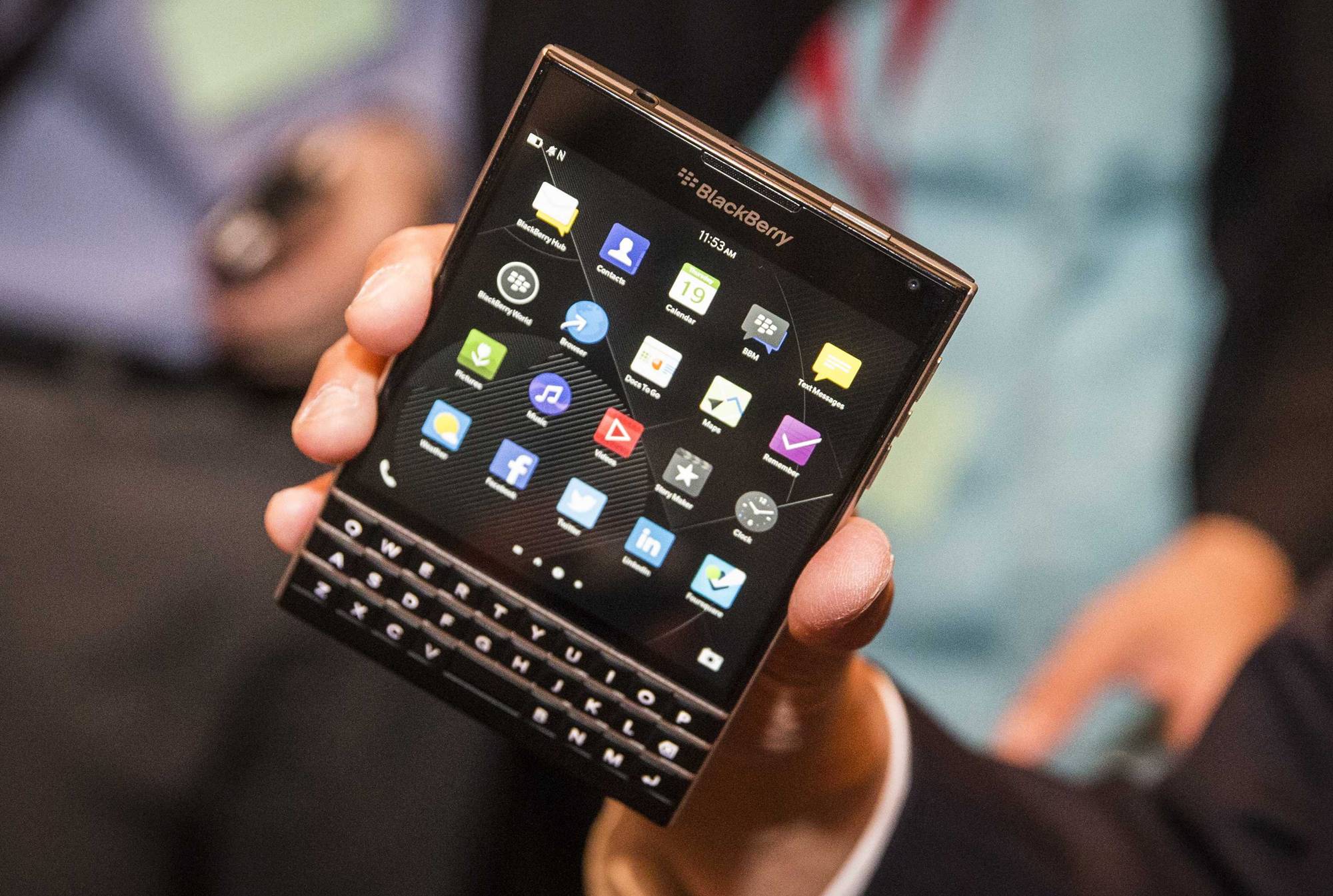 Even as it loses market share in the smartphone world, BlackBerry has, in recent months, unveiled a number of audacious new projects. Perhaps the most significant of these is something called Project Ion, which aims to place BlackBerry squarely in the centre of the “Internet of Things.” Generally, the Internet of Things refers to a future in which all devices, not just computers, are connected to the Web and to each other. Such a future includes not only smartphones, but smart thermostats, smart cars and everything in between. As such, BlackBerry is hoping it can use its secure operating system and network software to build a universal platform through which all those devices can interact. 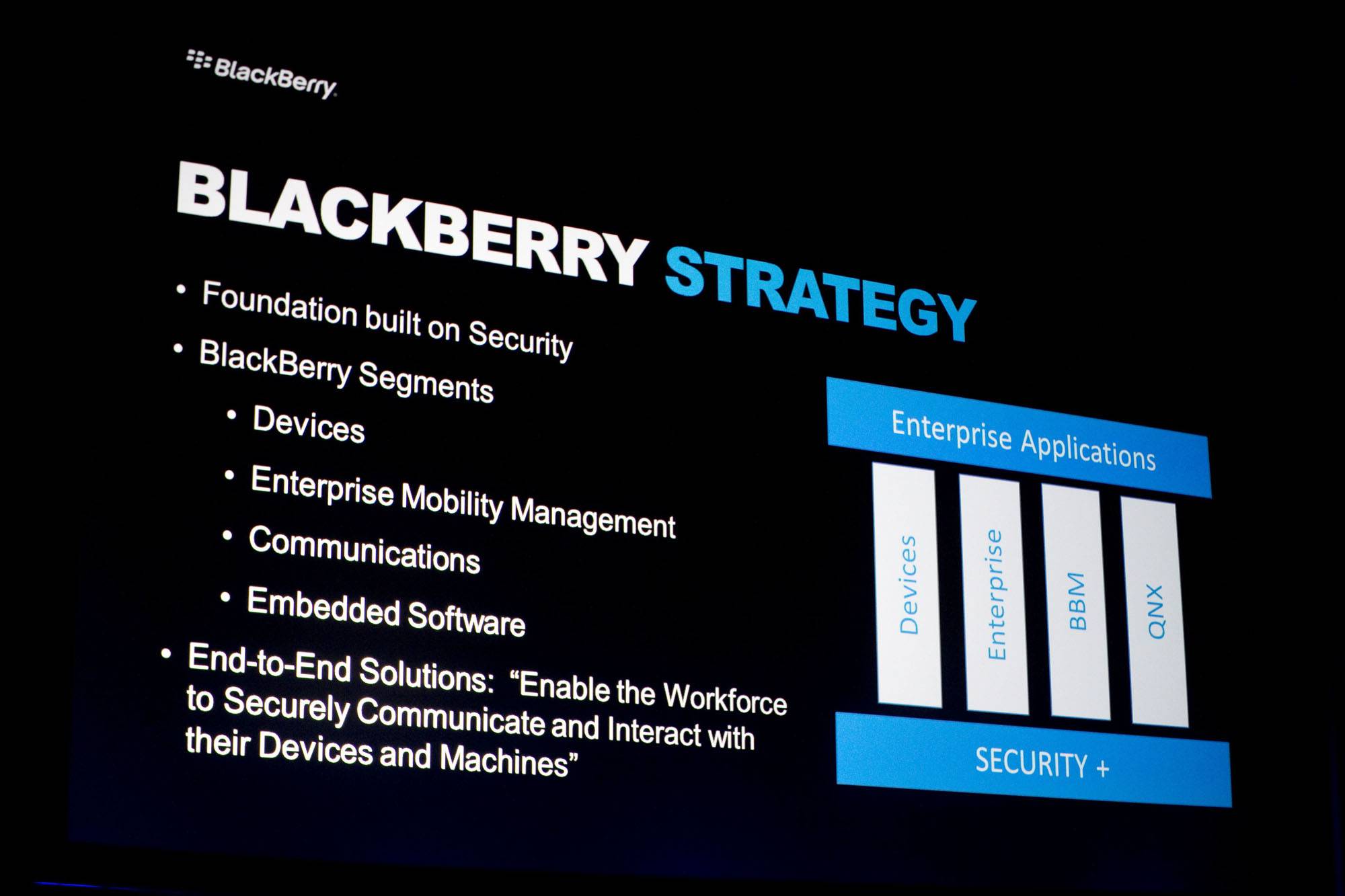 Matthew Sherwood/For The Globe and Mail

For years, BlackBerry executives refused to acknowledge the reality that many customers were abandoning the company's smartphones for devices from rivals such as Samsung and Apple. Mr. Chen appears to have no such issues. Indeed, rather than make the consumer smartphone BlackBerry's priority, Mr. Chen appears content to focus on fortifying and expanding the company's enterprise customer base. Indeed, many of BlackBerry's consumer-focused announcements as of late, such as the Amazon app store deal have involved partnerships with outside parties. Its enterprise product announcements, on the other hand, have been purely in-house innovations.