As Matthew Callaghan sees it, there are bargains galore in the B.C. resort of Whistler.

The real estate agent has listed a one-bedroom condo-hotel unit on Main Street, near Whistler Olympic Plaza for $159,000. That's a 48-per-cent discount from the 2004 sale price of $303,500 for the 506-square-foot property at the Delta Whistler Village Suites.

"Whistler used to be more expensive than Vancouver, but not any more," said Mr. Callaghan, who works at Sutton Group.

Although the real estate market in most of Canada has long left the financial crisis behind, Whistler is still picking up the pieces. While Greater Vancouver's average housing prices have surged 32 per cent since 2007, Whistler's property prices have tumbled an average of 23.5 per cent from their peak six years ago.

Whistler's slump shows some areas of the country are still recovering from the economic shockwaves that came after the collapse of Lehman Brothers in 2008. The resort area remains a tough sell for Canadians already carrying big debts on their principal residence. And the strong Canadian dollar has turned off U.S. buyers, who were hit hard by that country's real estate downturn. Even the publicity from hosting the 2010 Winter Olympics has done little to spark buying.

"The sad part is that it's nothing that Whistler did itself," said James Chase, chief executive officer of the B.C. Hotel Association. "Whistler is collateral damage from the financial markets tightening up, and everyone is still adjusting after the meltdown. What's going on in Whistler real estate is playing out in many other recreational resorts across North America and around the world."

Real estate experts say Whistler's housing market got walloped by the perfect storm. Credit dried up in the fall of 2008 and consumers shied away from buying vacation homes. Whistler, which enjoyed an influx of American investors in the late 1990s and early 2000s, also watched the Canadian dollar rise against the U.S. dollar – knocking out many prospective purchasers from the Seattle area and other regions in the U.S. Pacific Northwest. Real estate agents estimate that nearly 80 per cent of people buying Whistler homes this year are from British Columbia – that's higher than in the past, when international residents played a larger role.

Baby boomers aren't skiing like they used to, while their snowboarding kids aren't old enough or wealthy enough to buy their own places in Whistler. And affordable accommodation for permanent Whistler residents to buy or rent came on the market after the 2010 Olympics. This new supply expanded the community's capacity to house year-round residents for the long term – but in the short term, it has reduced the pool of renters who had been good sources of secondary-suite income for some vacation homeowners.

Condo-hotel units have been hit the hardest by the downturn in Whistler's real estate market, and hotel room rates have yet to bounce back to pre-recession levels. Whistler's nearly 5,000 condo-hotel units must follow so-called Phase 2 covenants that restrict owners' annual use to 28 days in the winter and 28 days in the summer. The rest of the time, the units are available to be rented out to hotel guests and, in theory, there is supposed to be a hotel profit to share. But the condo-hotel market has suffered because of overly rosy projections for what hotels could charge their visitors.

Whistler has taken strides to become a year-round destination to diversify away from its previous dependence on the winter ski season at the Whistler Blackcomb mountain resort, said Whistler Mayor Nancy Wilhelm-Morden. The community's population of more than 9,800 permanent residents swelled by an estimated average of 20,000 visitors a day during August, capping a strong season spurred by Tourism Whistler's marketing efforts. "The condo-hotel units have taken a beating, but I'm very hopeful and optimistic about Whistler's future," Ms. Wilhelm-Morden said.

She emphasized that as Whistler comes off a summer that featured a record number of overnight hotel room bookings, the prospects look bright for continuing to branch out beyond skiing, golfing and hiking. Arts, culture and education are being touted as keys to help fuel growth. The Whistler Film Festival is gathering steam, the Audain Art Museum is slated to open in 2015 and there is talk about opening a post-secondary institution.

Elizabeth Chaplin, an agent with Whistler Real Estate Co. Ltd., said the deep discounts may not last long. During a two-hour tour of an array of properties, Ms. Chaplin said Whistler's residential market appears to have bottomed in 2011 and has been inching its way along the road of recovery since then. There were 587 sales last year in Whistler, up 7 per cent from 2011.

"There are still pockets in the real estate market that have a long way to climb out of their hole. There is quality product with good location and good pricing," Ms. Chaplin said. While condo-hotel units have fallen to 1999 pricing levels, the rest of the property market is healthier and closer to conditions in 2003-04, she added.

It feels like 1999 all over again for prices of Whistler condo-hotel units. 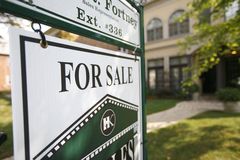 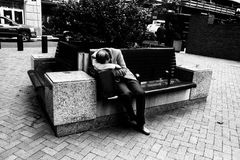