The federal government announced a plan to create a national securities watchdog by signing on Ontario and British Columbia, a significant advance in a decades-long power struggle between Ottawa and provincial authorities over who should police the country's capital markets.

The move comes nearly two years after the Supreme Court of Canada shot down Ottawa's plan to centralize financial market regulation, ruling that securities oversight is a provincial power. That decision supported financiers and provincial authorities outside of Ontario, who argue that their markets are unique and ill-served by decisions made in Toronto.

Two of the four largest provinces, Quebec and Alberta, signalled they would not participate in the new body. However, Finance Minister Jim Flaherty said in an interview that the regulator will also be charged with keeping watch over the derivatives market in Quebec, as part of its mandate to monitor "systemic risk," or risk to the broader economy.

Canada's derivatives exchange is based in Montreal. "Assuming we fulfill our constitutional responsibility – which we will – then we will have to keep an eye on the derivatives market in Quebec," Mr. Flaherty said. "It won't be easy because we will be asking for information."

Canada is the only major industrialized country without a single regulator, and its 13-regulator system has long been an irritant to many in the securities industry because of extra paperwork to be processed by small regulators in places like Regina and Halifax.

"I'm optimistic that once this thing gets some traction, that you will see you larger provinces come into it," said Mr. Russell, who speaks for 167 major brokerages in Canada that account for the vast majority of securities trading and underwriting.

Instead of trying to reach a national consensus, and having been stymied in an attempt to get Supreme Court authority to force a change, Mr. Flaherty changed tactics. The new agency, slated to become operational in 2015, would be based in Toronto. and have offices in all participating provinces.

Decisions by the new agency would be directed by a board appointed by provincial ministers.

Alberta and Quebec swiftly signalled their intention to continue the resistance.

"The Supreme Court has clearly stated that the normal securities activities are of provincial jurisdiction, and it is out of the question to let this happen," Quebec Finance Minister Nicolas Marceau told reporters, warning that it would weaken current regulation and lead to an exodus of financial services companies from Quebec.

Alberta Premier Alison Redford said there's "still work to do" before the province would join.

"We have a very unique situation in Alberta with oil and gas, with our junior companies, and the Alberta Securities Commission has been very important to our economic development," she told reporters in Calgary. "We need to be able to see that protected."

"This is an historic agreement," Mr. Flaherty told reporters in Ottawa, alongside Ontario Finance Minister Charles Sousa and B.C. Finance Minister Michael De Jong. "This issue has been mooted in Canada for at least 70 years, if not longer, and now we've actually accomplished something."

Industry players and experts on governance generally welcomed Thursday's announcement, but acknowledged it's not a panacea.

"It would be better to have more [provinces] participating, absolutely, but this is a beginning," said Stephen Erlichman, executive director of the Canadian Coalition for Good Governance, which represents most of Canada's largest institutional investors.

"The reality is that it's going to be better than what we have now," he said, arguing that the new model will be a leap forward in improving enforcement to crack down on white-collar crimes.

Ermanno Pascutto, executive director of Toronto-based shareholder advocacy group FAIR Canada, said a key part of the announcement is a pledge by the federal government to provide transitional funding for provinces to compensate them for revenue they will lose from the fees charges by their securities regulators. Many provinces do not have strong philosophical concerns about joining a national regulator, Mr. Pascutto claimed, but are unwilling to give up a revenue source.

The main difference between the central regulator proposal voted down by the Supreme Court and the plan announced today is that the provinces won't need to cede control over securities to the federal government under a new national securities act. Instead, the new model would see each province pass matching legislation to retain ultimate legislative authority over the sector.

Mr. Pascutto said that means "we still haven't broken the log jam" with the slow pace of regulatory reform in Canada because it will continue to rely on co-operative negotiations among many jurisdictions.

But he said the proposal for a national enforcement body to investigate securities crimes – including fraud and insider trading – is a huge step forward toward streamlining the cumbersome current process for investigating crimes that often stretch across provincial and even national borders. 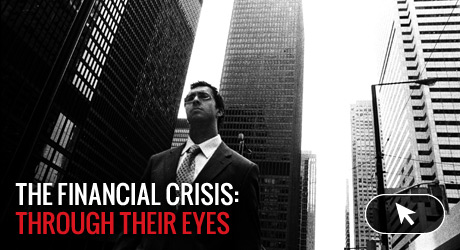 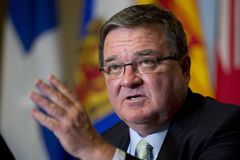 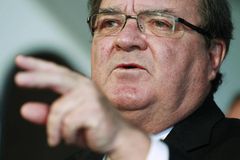 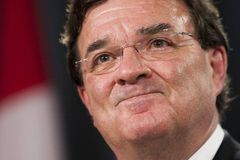 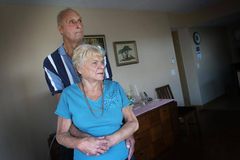 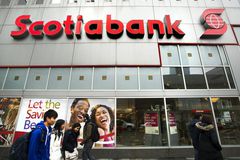 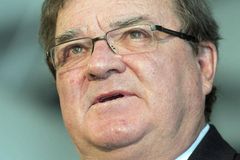 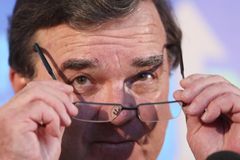 Follow Barrie McKenna, Steven Chase, Janet McFarland and Sophie Cousineau on Twitter @barriemckenna @stevenchase @JMcFarlandGlobe @S_Cousineau
Report an error Editorial code of conduct
Due to technical reasons, we have temporarily removed commenting from our articles. We hope to have this fixed soon. Thank you for your patience. If you are looking to give feedback on our new site, please send it along to feedback@globeandmail.com. If you want to write a letter to the editor, please forward to letters@globeandmail.com.
Comments