Those wondering why Canada's forest industry finally decided to call a truce with environmentalists need look no further than the U.S. edition of Harry Potter and the Deathly Hallows, the last installment in the widely acclaimed children's book series.

These days, even accounts about fictionalized wizards have been going green, at least when it comes to the paper they're printed on. Scholastic, the U.S. publisher, decided that 65 per cent of the huge print run for the book would be derived from forests managed in a socially and environmentally responsible way.

It was a one of the single biggest orders for book grade paper of all time - 15,000 tonnes to make 12 million copies. The message couldn't have been more obvious to forest company executives: In a market struggling with poor demand and weak pricing, the product with the best green credentials takes most of the sales.

While Scholastic doesn't have precise figures, Kyle Good, the publisher's vice-president of communications, says the comparable percentage of paper with a superior environmental pedigree used in the previous Harry Potter books was "significantly less," but when it came to the last book in the series, "we pretty much maxed out as far as we could go."

All that maxing out has driven the Canadian forest sector in a new direction - embracing former enemies. Tuesday, the Forest Products Association of Canada (FPAC), representing 21 big companies in the industry, announced it would commit to maintaining the world's highest environmental standards of forest management and suspend logging on nearly 30 million hectares of boreal forest to develop conservation plans for endangered caribou, among other conservation steps.

In return, prominent environmental groups, including such heavyweights as Greenpeace and Forest Ethics, agreed to end their long-running boycott campaigns against association members. On the corporate side, the deal covers such companies as AbitibiBowater and Weyerhaeuser Co. Ltd., which have spent years trying to fend off challenges by the groups.

Forest companies are about to find out whether a new, green sheen will offer a tonic for recovering from what has to be one of the most severe slumps an industry in this country has ever endured. Last year, the FPAC liked to bill itself as representing an $80-billion a year business. This year, it's a story of incredible shrinkage, and the figure is down to $54-billion. A running tally kept by the association says 250 mills have closed or suspended operations and the sector has shed 50,000 jobs.

Within the industry, hopes are high that the truce with environmentalists will help stem the slide.

The forest sector wants to "make certain that our environmental reputation is the best in the world," says Avrim Lazar, FPAC president, in explaining the deal with environmentalists. "We know that tomorrow's jobs are going to go those who can see that the future depends upon environmental progressiveness and that's a race we plan to win."

The pressure to have forest products seen to be green isn't isolated to book publishing, and there are some signs that truce in the Canadian woods might win business for companies involved.

Office Depot, one of the largest purchasers of paper in the world, has been quietly putting financial pressure on a number of Canadian forest companies to improve their environmental practices, although it hasn't gone so far as it did with one big Indonesian company, Asia Pulp and Paper, from which it stopped buying paper.

The big office supply chain won't publicly identify the companies, but it has been reducing orders at Canadian companies mired in environmental controversies. It has shifted this business either to U.S. suppliers, or to other Canadian firms that have their operations vetted by the Forest Stewardship Council, an internationally recognized body that certifies logging practices minimize harm to the environment.

The deal between the industry and the conservation groups is "a very positive step forward," says Yalmaz Siddiqui, Office Depot's director of environmental strategy, who says it helps allay concerns over Canadian logging practices.

"We want to keep on tracking this and see how its progresses. We hope the agreement is upheld by both sides," he said.

Some of Office Depot's orders went to Domtar Inc., which isn't part of the FPAC but in 2003 became one of the first in the industry to offer certified green products.

The preference for more environmentally friendly products has also happened in the lumber side of the business. Rona, the big Canadian home hardware chain, told its suppliers 18 months ago that it wanted more of what it called "eco-responsible products, when available."

Given the consumer trends, the industry had no choice but to try to compete by developing a better environmental record, contends Nicole Rycroft, executive director of Canopy, one of the conservation groups that signed the deal with FPAC. Canopy tries to get paper users to increase the amount they buy from sustainable managed forests.

"I think this is actually the only way forward," Ms. Rycroft said. "This is a trend that's going to continue." 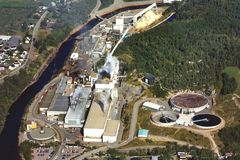 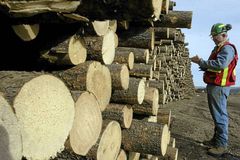 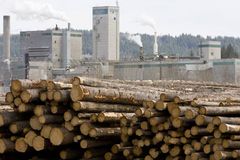 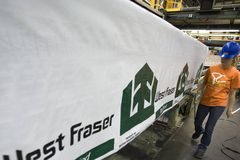 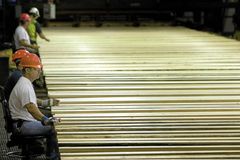 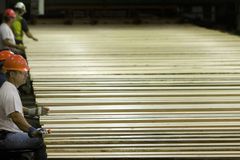