Natural disasters hit Canada's biggest property and casualty insurers hard in 2013, but strong stock market performance and a pullback of the cost cutting and product repricing spurred by the recession helped many life insurers end the year looking stronger. But there were a few major changes last year that will have long-term effects on the industry.

Here are the top seven events that changed the insurance landscape this year:

Life insurance stocks climbed steadily in 2013, benefiting from investor confidence in a more stable Canadian economy and the promise of higher interest rates to come.

Manulife Financial Corp. and Industrial Alliance Insurance and Financial Services Inc. were the biggest gainers. Their stocks closed the year up 55 and 50 per cent respectively. Sun Life Financial Inc. and Great-West Lifeco Inc. also did well, up 42 and 34 per cent for the year.

Only Industrial Alliance's stock has exceeded its pre-recession highs, but all of the insurers bested gains made by the country's biggest banks by a long shot.

When the water dried, estimates of insured damages reached more than $2-billion – the highest losses recorded from a natural disaster in Canada. Insurers were further burdened by summer flooding in Ontario and a deadly train derailment in Lac-Mégantic, Que.

Intact Financial Corp., Canada's largest property and casualty insurer, recorded its first underwriting loss in a decade because of the disasters. Many other insurers also took losses.

The difference between "overland flooding" and "sewage backup" became important in Alberta last summer when both types of damages occurred simultaneously in many homes. The former isn't covered by the country's insurers, but the latter is.

Several insurers, including TD Insurance Inc., RBC Insurance Services Inc. and Alberta Motor Association Insurance, faced a consumer backlash after they denied some customer claims. Many of these claims were later reassessed and paid.

Maintaining a strong brand is particularly important in the fiercely competitive property and casualty insurance market, but mounting costs may soon lead to higher premiums for customers.

Insurance companies had scarcely recovered from the severe flooding when the Insurance Bureau of Canada (IBC) issued another warning: Prepare for earthquakes.

A devastating quake in one of Canada's most susceptible areas of the country could "take the industry down if we get that mega event," Don Forgeron, chief executive officer of the IBC, said in October. He called the quakes a "fatal risk" to the country. Most Canadians do not have insurance against earthquakes.

The deal had been on the company's back burner for months, after downgrades, bailouts and government spending cuts in Europe made acquiring the business seem risky. When a deal failed to materialize, the Irish government was forced to step in and buy out the profitable insurance arm from its struggling banking parent company. Great-West CEO Allen Loney later told The Globe he was biding his time until conditions improved.

His patience seems to have paid off. The Irish Life acquisition should add about $215-million, or 10 per cent, to Great-West's 2014 earnings, and deepened the insurer's commitment to the recovering region.

6. One of Canada's oldest bought by U.S. company

Dominion of Canada General Insurance Co., founded with Sir John A. Macdonald as its first president in 1887, gave up its Canadian ownership when New York-based Travelers Cos. Inc. bought the company for $1.1-billion in June.

Travelers is stepping into Canada at a time when the property and casualty insurance industry is facing higher claims expenses for automobile and weather-related personal property losses. The company said it is committed to building the Canadian business.

Ontario wants to reduce the average auto insurance rate by 15 per cent, or $225 a year for the average driver. But the industry reforms the government has proposed to help insurers manage these price reductions don't yet make up the costs for the changes.

Still, major insurers are confident a compromise can be reached, and are working with the IBC to find as many cost reduction measures as possible, including changing the way claims are paid and cracking down on fraud. Finding a balance is important since the industry barely breaks even on auto insurance.

"What is important now is for the government to come out with the details for the cost portion of the cost and rate reduction strategy," Charles Brindamour, CEO of Intact, said in a recent call with analysts. He indicated the matter will be top of mind in 2014. 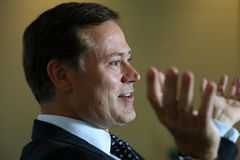 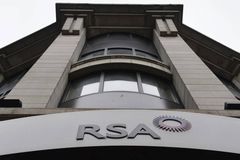 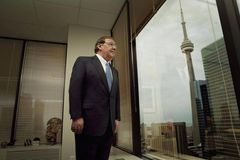 Sun Life appoints deal veteran to board Subscriber content
May 11, 2018 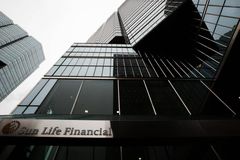 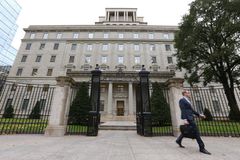 Disasters push Intact to first underwriting loss in decade
May 11, 2018 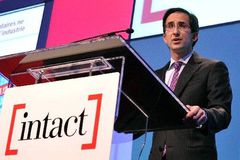 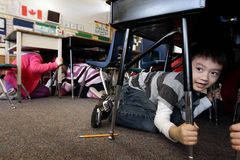 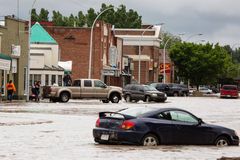 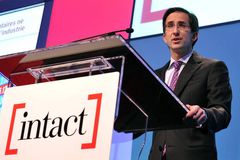 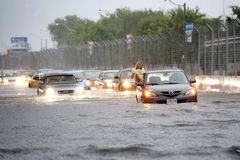 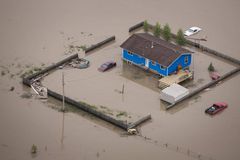 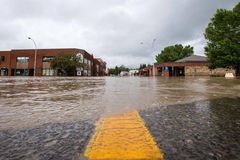 Insurers brace for impact of disaster claims Subscriber content
May 11, 2018 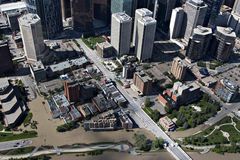