Among a raft of issues that Loblaw Cos. Ltd. faces in its massive $12.4-billion takeover of Shoppers Drug Mart Corp. is one matter that may prove more taxing than meets the eye.

On the labour front, the grocer operates with two different kinds of work forces: Loblaw is highly unionized, Shoppers is much less so. But sources say the United Food and Commercial Workers union, which represents employees at both retailers, is quietly trying to penetrate the standalone drugstores.

The UFCW thinks it has an advantage in one province. Its contract with Loblaw in Manitoba gives the union the automatic right to represent workers at all of the company's stores in that province. It has alerted Loblaw that Shoppers' 40 or so outlets there should come under the UFCW umbrella.

"These are industries we've dealt with for a long time and we have a lot of knowledge about them," said Barry Sawyer, a UFCW official who oversees growth initiatives for national president Paul Meinema. He would not comment directly about individual organizing drives, which he said are confidential.

The behind-the-scenes union activity threatens to raise labour costs at Loblaw, which is already under pressure to perform in a hyper-competitive grocery market that has been invaded by non-unionized U.S. retail heavyweights, including discounters Wal-Mart Stores Inc. and Target Corp. Loblaw has vowed to generate savings of $300-million annually three years following its Shoppers acquisition.

"If the union's claim were successful, I believe this could have significant implications for Loblaw," said labour law specialist Art Tarasuk, who has advised employers in the retail sector.

Loblaw, for its part, argues that Shoppers stores in Manitoba should not automatically be certified because, among other reasons, the stores are franchises and not corporately owned, and are not operated by Loblaw. "That is a fundamental distinction," company spokesman Kevin Groh said in an e-mail.

Sobeys has said it will chop $200-million of annual expenses within three years of its takeover.

Loblaw has lots of experience in handling unions, even while warning that it has to keep its labour expenses in check. Last fall, when UFCW members held a two-day strike at Loblaw superstores in Alberta in a contract dispute over wages and other demands, the retailer kept the stores open using managers to run them.

And the UFCW hasn't yet been successful in its efforts to organize Shoppers employees in at least 10 stores in Ontario, industry sources said. Unions represent employees in about 1 per cent of Shoppers' 1,250-plus stores. In contrast, about 80 per cent of Loblaw's 125,000 store employees are unionized in 1,000-plus corporate and franchised outlets.

The workers at the Shoppers store in Calgary's Southcentre Mall, for example, voted last year to decertify the union after it failed to get a first contract, said Douglas O'Halloran, president of UFCW's Local 401. "The final result was the contract offer was so bad that it wasn't something the union could recommend."

The benefits can be significant: Unionized part-time workers at Loblaw and Safeway in Alberta get prescription drug, dental and eyeglass coverage and sick pay after working six months at 10 hours a week, said Douglas O'Halloran, president of UFCW's Local 401. Shoppers employees in Alberta get benefits only if they work more than 32 hours a week, which essentially means part-timers don't get benefits, Mr. O'Halloran said.

But organizing retail workers is tough because of high turnover rates, David Camfield, associate professor of labour studies at the University of Manitoba, said. Even so, the unusual language that the UFCW has in its Loblaw contract in Manitoba could pave the way for the union to make progress in other provinces if Loblaw is forced to accept the UFCW at Shoppers, he said. "Having a beachhead in one province would be an advantage for the union."

Kendra Coulter, a labour studies professor at Ontario's Brock University, said there is precedent for retailers to add employees in acquired stores to existing collective agreements, such as when Katz Group's Rexall pharmacy chain bought 17 Dell drugstores in 2012. "Given the high number of employees affected, what happens within the company has a major impact on Canadian workers, too," she said. 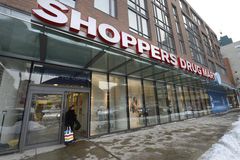 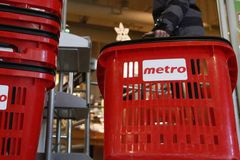 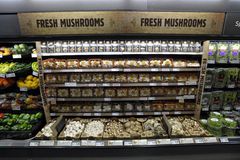 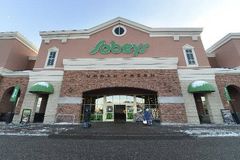 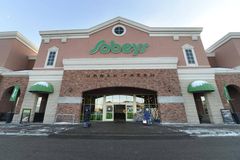