Jay Forbes has some polishing to do.

The new chief executive officer of Manitoba Telecom Services Inc. says he wanted the job because the company possesses several "hidden gems" he believes he can use to deliver a new wave of growth.

"I don't think [MTS needs] a major shakeup per se," he said in an interview after his first full week on the job, which he took over Jan. 1. "When we come back to the strengths – the connectivity it enjoys, its trusted brands, the deep heritage in the Manitoba marketplace for MTS, its financial position – I think a lot of the platform is in place."

"I see this more as a repositioning," Mr. Forbes said of his approach to the next 90 days, which is how long he expects to spend devising a "refreshed strategy" for both MTS, the company's Manitoba Internet, phone and television business and Allstream, which offers fibre-optic telecom services to enterprise and government clients across the country.

The Allstream division was a challenge Mr. Forbes's predecessor, Pierre Blouin, was never able to conquer in his nine years as CEO.

Mr. Blouin, who announced his retirement in August, did find a buyer for the business, which was on the market for eight months in late 2012 and early 2013. However, Ottawa blocked the $520-million deal to sell Allstream to Egyptian firm Accelero Capital Inc., citing national security concerns.

The division has failed to produce top-line revenue growth even as it has made some progress on operating margins in recent months.

"Clearly Allstream has struggled to deliver against its full capability and potential," Mr. Forbes said, noting that while customer satisfaction is strong and he believes it has performed well against the incumbents in the space, BCE Inc. and Telus Corp., "there have obviously been some impediments to Allstream enjoying the fullness of success that we believe it is capable of."

"So that is an area of the business that is probably going to have an outsize assessment as we go through the next few months," he said.

Investment analysts have wondered whether the new chief executive will cut the annual dividend, which MTS has maintained at $1.70 a share since 2010 (when it cut its $2.60-a-share payout by 35 per cent). Pension solvency has also been a perennial issue for the company and some analysts say a desire for increased cash flow could prompt a cut.

Mr. Forbes said the dividend and pension funding, "will be focal points of the assessment that we undertake here in the coming months," but said he could not comment beyond that at this point.

"We're basically undertaking a strategic review of the entirety of MTS Allstream as part and parcel of this 90-day plan, [which] also is not only a strategic review, but an economic assessment: How have we performed in line with expectations of our investor public? What needs to change to meet and, indeed, hopefully exceed those expectations in the coming year?"

MTS, which is Manitoba's incumbent telephone provider, had consolidated revenue of $1.63-billion in 2013, a drop of 4 per cent from $1.7-billion a year earlier, although its wireless, television and Internet businesses continued to grow. It has 505,000 wireless subscribers – more than half of the province's market share – but is facing increasing competition from the national carriers.

Mr. Forbes has held top executive roles at a number of other companies and from 2001 to 2006 he was CEO of another regional telecom player, Aliant Inc., the predecessor of Bell Aliant Inc. which BCE recently privatized (BCE owns 15 per cent of The Globe and Mail).

He was most recently CEO of Toronto-based electronic land registration company Teranet Inc. from 2009 to 2013 and prior to that led U.S. electronics distributor Ingram Micro Inc.'s Europe, Middle East and Africa operations from 2007 to 2009.

He and his wife, Carla, are in the process of selling their home in Toronto and moving to Winnipeg, where MTS has its headquarters. The couple has three adult sons; one works in the entertainment industry in Los Angeles while the other two are twins who both work as animators in Toronto. 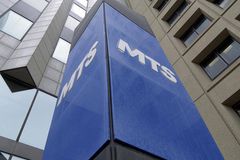 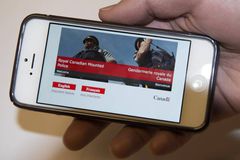 Bell loses appeal of class-action suit over non-existent 911 services
May 12, 2018

Beyond price: Wireless carriers competing on service, network quality
May 12, 2018 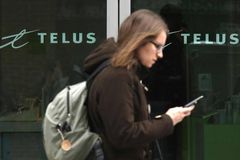