The scene could easily be mistaken for a play date, with two moms laying out activities for a few preschool kids in a toy-filled living room.

Yet this is a co-working plus child-care space in Toronto. A small number of self-employed parents, mainly entrepreneurial moms, treat it as a godsend, and they invariably ask, 'Why didn't anyone think of this sooner?'

Some have. Although rare, a smattering have popped up in other entrepreneurial hubs, such as Brooklyn, N.Y., London and at least one in San Francisco (which nevertheless closed, reportedly because of high rents). Co-working spaces without child care are common though, catering to those who would otherwise work from home or make do with Starbucks as their Wi-Fi office of convenience.

Diane Chevalard, a software developer who moved to Canada from France five years ago, got the idea to open the co-working plus child-care space when she needed one for her one-year-old son. She had noticed an example of one in Paris, CoworkCrèche.

"I couldn't find a solution, so my own mom suggested, 'Why don't you create it then?'" Ms. Chevalard said. So she did and calls it Working Ensemble.

Currently situated in her house in the westside Parkdale neighbourhood, the first-floor living room and large kitchen is a play and eating area for the children. Ms. Chevalard can take up to five kids at a time (fewer if some are so young that they require individual care), plus her own child and the young child of Joanne Sumka, an early childhood educator who works alongside Ms. Chevalard, for a maximum of seven.

The second floor is for Ms. Chevalard's family, but the third floor is a communal work studio in which parents (often moms) steal a few hours to work on their enterprises.

"I was in this weird limbo of not being sure what to do about child care," said Nadine Kalinauskas, a freelance writer who comes to the 9 a.m. to noon shift with her 15-month-old daughter. She never completely stopped working after her daughter was born, trading child-care duties with her husband who is a freelance animator.

"What we would do before this happened was that he would just be on baby duty a couple of mornings a week, and I would just go to a coffee shop. And we'd kind of tag team it, which works, except when he has a lot on his plate and I do, too," she said.

Ms. Chevalard sells packages of child care in three-hour shifts. But unlike regular co-working spaces, the parent can't come and go. The parent has to stay. Ms. Chevalard's space doesn't have a full daycare licence.

The alternative, besides Starbucks with child hopefully napping in a stroller, would be to steal an hour here and there on the home computer, whenever nap time strikes again, and to work exhaustively into the night, said Astrid Sucipto.

Ms. Sucipto, who also uses the child-care/co-working space, is on maternity leave from her job in marketing and communications. This is her second child. (Her older one is in daycare.) Yet, Ms. Sucipto is also using this time to open a Toronto franchise of a Web-design and digital marketing company.

She found out about Ms. Chevalard through a local community Facebook page, but like others, Ms. Sucipto said that balancing business and babies means sacrificing time with both. "Sometimes I wish I could go there for six hours rather than three," she said of Ms. Chevalard's space.

Still, options like this show that new solutions are emerging, if not simply a new awareness of the extra needs of female entrepreneurs with children.

"I don't think that women need to feel that they are forced to make sacrifices, in terms of spending time with their kids or not," said Christina Anthony, founder and chair of the Forum for Women Entrepreneurs in Vancouver. "I think there is more and more that can be done to alleviate some of the other responsibilities that they have, either in their businesses or their lives."

And the increasingly entrepreneurial mindset of our economy is allowing working moms to rewrite the rules of business to better accommodate children, Ms. Anthony said.

"There's a gold mine of talent out there. And instead of trying to re-enter the work force and trying to prove themselves to somebody else and to justify that three- to five-year gap of missed experience, they said, 'I'm going to create my own business because I still am the same person. I have the same skill set. I know this industry.'"

Then again, attitudes are changing, particularly a fading sense of guilt among parents in asking for certain concessions and structuring their workdays around caring for young children. That's what Maria Locker had to do. She's the founder and chief executive officer of Mompreneurs, which hosts events and outreach programs for entrepreneurial moms, and a mother herself.

Her organization works with corporate sponsors, such as Coca-Cola Canada and Telus, but they have had to be understanding about Ms. Locker's child-care needs.

"They know that I won't come into the city for an 8:30 meeting, because I take the kids to school. And I won't stay past one o'clock, because there's no way I'd get home in time," she said. "I think culturally, corporately and even just with the shift overall for women entrepreneurs, it seems to be that people are pretty flexible, in terms of what their expectations are."

And as Ms. Locker and other observers say that raising children, while finding whatever solution allows parents to keep working, can add a whole new perspective on one's career and can lead to new business ideas.

"I think having a kid brings a little more focus in my life. I think she'll be good for the career in the long run," said Ms. Kalinauskas with a warm laugh.

Percentage of Ontario female entrepreneurs who were motivated by opportunity, as opposed to 11.5 per cent of men. A large portion of woman entrepreneurs go into business because they see an opportunity, rather than out of necessity, Dr. Davis said.

Percentage of Ontario females who said that fear of failure would prevent them from starting a business. Among males, it's 40.7 per cent. "This is a big difference in perception of risk, and it's not necessarily only a perception. It could well reflect a reality that they may have responsibilities that prevent them from taking the amount of risk that a male can take," Dr. Davis said.

"There is an infrastructure in Ontario," as in other provinces, "to support entrepreneurs, but it doesn't necessarily recognize that females may have acquired more social responsibilities than males, especially with child rearing. And that shows up in some of the stats." 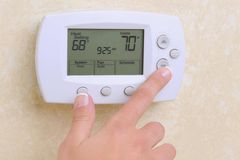 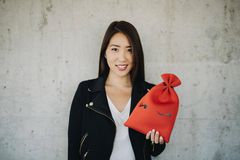