Workers at Ford Motor Co. of Canada Ltd. have approved a new contract with the company, wrapping up 2016 contract negotiations between Unifor and the Canadian units of the Detroit Three auto makers.

Unifor members who work at Ontario plants in Oakville, Windsor, and a parts depot in Brampton, ratified the four-year agreement, with 58 per cent of those who voted giving it a thumbs up.

The Ford agreement calls for the auto maker to invest $713-million in the Canadian operations during the next four years.

But the key to the Ford deal for the union was new investment at engine facilities in Windsor, where the company has about 1,400 employees who work at two engine plants.

Ford agreed to spend $613-million in Windsor to prepare its Essex engine plant for a new, 7-litre engine. It also agreed to continue until 2020 to produce, at its Windsor engine plant, a 6.8-litre engine that was scheduled to go out of production.

Unifor won promises of $1.6-billion worth of new investment from Ford, Fiat Chrysler Automobiles NV and General Motors Co. in negotiations that began during the summer.

The union's key demand in the talks was investment that would keep plants that were on the endangered list from closing during the next four years.

The Ford agreement came after an internal battle among union locals about whether Unifor could win new investment for Windsor and at the same time improve the pay scale for newly hired employees.

Newly hired employees in Oakville, members of local 707, sought a change in the pay grid so that they progressed to the same hourly wage level as traditional workers over eight years instead of 10 years.

The grid remains at 10 years, as it was set in contracts signed in 2012, but newly hired workers will now receive wage increases every year instead of having pay frozen for the first three years of their employment.

"I'm looking for a quicker grow-in [than 10 years]," Liam Sawyers, a 22-year-old who was hired two years ago in Oakville said Sunday on his way into the meeting for members of local 707. Mr. Sawyers, who installs tanks that hold radiator coolants in the vehicles assembled in Oakville, said he wanted the 10-year grid to full wages of $34.15 cut to five years.

Gurjit Singh, who started work at Ford Oakville two years ago Sunday, said there is more to the contract than the wage progression, although that is important.

Mr. Singh noted that Oakville won a $700-million investment during the 2012 set of negotiations and that in this round, members of local 200 in Windsor were fighting for new investment to keep their jobs "We got a big investment in Windsor so we should support them," he said.

Another recently hired employee, clad in a Halloween mask to hide his identity, stood in the parking lot at the Mississsauga, Ont., facility where the meeting took place holding a sign that read, "let's strike."

He said he wanted a change in the 10-year grid for newly hired employees and also thinks the union should have fought harder for improvements in benefits.

John Butts, a 30-year veteran of the Oakville plant, rode with three colleagues in a sport utility vehicle through the parking lot, urging employees via a bullhorn to vote against the contract.

Given Ford's profitability, Unifor should have insisted on higher bonuses than the $12,000 in signing and other bonuses the workers will receive during the next four years, Mr. Butts said.

Ford posted profit of $1-billion (U.S.) in the three months ended Sept. 30, down from $2.2-billion a year earlier. Profit in the first nine months of the year stood at $5.4-billion.

One of the workers travelling with Mr. Butts said the bonuses Canadian workers will receive are significantly less than those Ford will pay its U.S. workers under an agreement with the United Auto Workers signed last year.

Workers will receive bonuses of more than $20,000 in that deal, including inflation protection, a signing bonus and lump-sum bonuses. 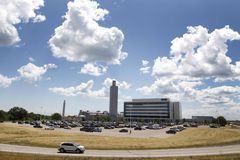