Imagine that a Canadian company flies a group of MPs and their spouses to a conference in Paris or Hong Kong, puts them up in a luxury hotel, and then plies them with food and wine.

Think this kind of junket is prohibited? Not necessarily.

The conflict-of-interest code for members of Parliament prohibits accepting "any gift or benefit … that might reasonably be seen to have been given to influence the member."

But there's a special exemption for travel if it "relates" to an MP's work in the House of Commons, providing that details are disclosed to the federal ethics commissioner.

The result is a troubling contradiction. It's sometimes okay for MPs to accept free travel from people who are actively lobbying them.

"It's a gaping hole in the MPs' ethics rules," argued Duff Conacher, the founding director of Democracy Watch.

"If someone's lobbying you, they shouldn't give you anything," he said.

In August, Goldcorp Inc. flew four MPs and a senator on the Vancouver-based mining company's jet to its Marlin mine in Guatemala and to meet local government officials. On the trip were Conservative MPs Dave Van Kesteren and Dean Allison – both members of the Foreign Affairs and International Development Committee – plus Liberal MP Massimo Pacetti, Independent MP Bruce Hyer and Liberal Senator Mac Harb.

The trip would likely still be a secret if someone hadn't leaked the itinerary.

That's because oversight of these dealings falls under two sets of rules – one for lobbyists and one for MPs. Lobbyists must disclose who they're talking to, and MPs must report where they went, for how long, who paid and how much, within 60 days. But the two sets of filings are mutually exclusive. The lobbying report won't mention that the lobbying took place during a foreign junket. And the ethic commissioner's report comes out only once a year. But you'd have to read both reports to see the full picture.

Disclosure is great, but only if it offers a clear idea of what's going on. Current rules provide much less.

Goldcorp disclosed simply that it lobbied the five members about "mining and economic development." But the filing omits the critical fact that it also flew the MPs to Guatemala for three days.

The MPs who went are unapologetic. "I'm not sure what the conflict is," Mr. Pacetti told the CBC. "I know there's a certain perception, but I'm comfortable with it."

It's not about wrongdoing. It's about perception and the subtle nature of influence. Many MPs and senators self-censure, avoiding such trips.

MiningWatch Canada, which found out about the trip, argues that voluntary restraint isn't good enough. What's needed is an outright ban.

"Trips like these jeopardize the integrity and independence of our elected officials," said Jen Moore, the group's Latin American co-ordinator. If Parliament thinks foreign exposure is worthwhile, then it should pay, not Goldcorp, she said.

In the United States, elected officials are prohibited from taking virtually all trips paid by organizations that are actively lobbying Congress. The only exceptions are one-day event trips and visits to colleges and universities.

Last year, Canadian MPs went on more than 70 sponsored trips, often worth tens of thousand of dollars. Most were paid for by quasi-governmental or non-governmental organizations, including groups promoting closer ties with countries such as Israel, Taiwan and India.

Some MPs say they accept free travel because Parliament won't fund legitimate work, such as speaking at conferences or meeting foreign officials.

Mr. Brison, who was invited to speak on a panel in Davos, said he paid for his own hotel and meals, but accepted the free flight (valued at $4,174), because Parliament doesn't cover the cost of what he considers important work. "If we agree that it's helpful for MPs to understand global issues and to represent Canada, there ought to be funds provided," Mr. Brison said in an interview.

He has a point. It's not the job of Goldcorp or the Sobeys to educate Canadian MPs.

The rules should make that clear. 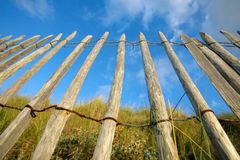 For government subsidies, what price is too high to save a job?
September 30, 2012 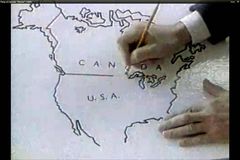