When buying a foreclosure, be prepared for surprises, says Vancouver realtor Russ Macnab.

During one memorable experience, Mr. Macnab went with his client to see a foreclosure property he had recently purchased. They were surprised to see a bright blue stripe snaking its way down the carpeted hallway. It wasn't the previous owner's design statement, however.

"I said, 'It looks like blue toilet water,' and we realized the previous owner had dragged the toilet down the hallway and out the door," says Mr. Macnab. "He had taken out every appliance, every light switch, every fixture, the kitchen cabinets, everything."

Welcome to the wild world of buying foreclosed properties, where what you think you're getting isn't always what you end up with.

A foreclosed property is one the bank or lender takes over after the owner fails to make his or her mortgage payments. Inspired by tales of savvy investors snapping up foreclosed properties for a song in the United States (and the U.S. house-flipping TV shows that dramatize foreclosure bargains), some Canadian buyers naturally wonder if they might be able to find those kinds of deals in Canada – and whether the risks are worth the rewards?

Don Campbell, founding partner and senior analyst at Real Estate Investment Network, says the foreclosure system in Canada does not create the extravagant deals often found south of the border. The major difference is that in Canada, lenders are required to sell homes in foreclosure at "fair market value," which means the dirt-cheap U.S. prices just don't happen here.

"There is more of a fiduciary responsibility of the bank and the real estate professional they hire to sell the property to get the maximum dollar," says Mr. Campbell. "This is actually an excellent scenario as the properties sell closer to market [value] and the underlying loans are paid, thus causing less hardship for all parties."

If deals can be found, they are mostly on undesirable properties that "have very little interest from buyers," says Mr. Campbell.

Homes in foreclosure can be sold in different ways, depending on the province's regulations. One method is a judicial sale, a process in which a lender must petition the court to sell a property that is in default. This method is favoured in provinces such as British Columbia and Alberta. In Ontario, however, homes in foreclosure are generally sold by power of sale, which means the lender can sell the property outright, without getting permission from the court.

Mr. Campbell also points out that foreclosures don't make up a large portion of home sales in Canada. According to the Canadian Banking Association, the number of residential mortgages in arrears as of January was just 0.28 per cent of total mortgages in Canada.

"So there is not a deep pool of foreclosure properties," he says.

"Can you get the deals [on foreclosures] we've heard about south of the border?' [The answer] is an empathic, 'No,'" says Mr. Fleming. "There are no deals in Toronto. It's the hottest market on the planet, and I mean that, without exaggeration.

"Where there are foreclosures, they simply appear on MLS [Multiple Listing Service] like every other property, with the lone difference being the seller is [a bank] by power of sale, rather than 'John Smith.' The market doesn't care, and it has no effect on the sale price."

Mr. Macnab of The Macnabs says there is a lot of interest in foreclosures in the Vancouver market because everyone is looking for a deal. But while prices on homes in foreclosure can look good at first glance, they may not end up that way, he says.

The judicial system favoured in British Columbia can make the process tricky. Lenders can list homes that are in default, but if they receive an offer, they are required to go to court to finalize the deal. It's a process that can take up to three or four weeks, according to Mr. Macnab, leaving plenty of time for other potential buyers to get in on the action. On that day in court, the judge is required to consider competing bids from all interested parties.

"You go to court that day, and it seems like a great deal," he says. "And then six other people show up at court and want to put an offer in."

Bids are secret, presented to the judge in an envelope, but the prospect of last-minute competition can often compel the person who presented the original offer to scratch out his or her original offer and raise it past an advised amount, says Mr. Macnab.

"They are emotional about it, they end up writing down something they probably wouldn't have before, and then the judge opens all the offers at the same time and says, 'The winner is this person for $390,000,'" he says. "And you think, I could have bought a condo down the street that was in much better condition and not have to go through a court process and I would have paid $365,000 for it. I'm seeing a lot of people overpaying for foreclosures when it goes to court."

Francesca Serafini, a Calgary realtor, says she has seen the frenzy of multiple bidders on a property in foreclosure.

"In 2009, I had a property that had 13 offers on it – it was ridiculous," says Ms. Serafini of Real Estate Professionals Inc. "It's a crap shoot, and with a lot of the judicial sales, the owner is still on the property and it's hard to get viewings, so you're often buying it sight unseen."

Another problem is that properties in foreclosure can have troubled histories. "In Vancouver, at least 50 per cent of the foreclosures are former [drug] grow-ops," says Mr. Macnab.

Foreclosed properties are often sold with a "Schedule A" attached to the contract. Normally, there is language in a real estate contract that says a home has to be in substantially the same condition as when it was viewed, but a Schedule A takes away the responsibility of the lender when it comes to the condition of the home upon possession.

During the 2008-10 recession, Ms. Serafini specialized in foreclosures in the Calgary market and sold more than 100 properties on behalf of lenders. She says buyers can find foreclosed properties in Calgary for good prices, but it's important to consider the old adage: Buyer beware.

"When you buy a foreclosed property, you buy it 'as is, where is,' so there's no warranty. The lender wipes their hands clean," she says. "People think, I'll go in there, put 20 per cent down, fix it up and flip it. And it looks easy, but it's often quite expensive to do that. You've got real estate fees, lawyer fees, renovation fees, and the market can turn on a dime."

Kelly Kernick, a realtor also out of Calgary, says he gets frequent calls about properties in foreclosure because the initial price seems good, but once he explains the court process to potential buyers, they usually lose interest.

"A lot of the guys that pick up foreclosures are in the business – they have a renovation company, they are small builders, a lot of them like to pick up the grow-ops and fix them up if they can get them for a low enough price," says Mr. Kernick of Kernick Homes.

"If you've got access to cheaper materials or labour, it's not as big a risk for you. But I would never recommend it for a first-time buyer." 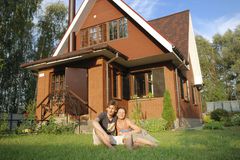 Do long-time renters stand a chance of home ownership?
May 24, 2016 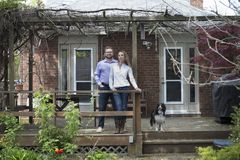 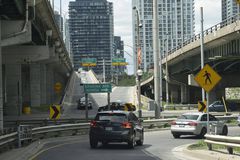