Justin Trudeau's new government should do everything it can to prevent storied Canadian companies such as Bombardier Inc. from failing, according to Brian Tobin, a Bank of Montreal investment banker and former industry minister.

At the same time, Mr. Trudeau needs to address Canada's inability to get pipelines built and reverse a lukewarm attitude to foreign investment that has left the country with "a black eye with many investors around the world," Mr. Tobin said on Thursday in an interview at Bloomberg's Toronto offices.

"Bombardier is incredibly important to Canada," Mr. Tobin said, referring to the Montreal-based plane and train maker than employees 24,000 people in the country. "I think we should think very long and very hard before we simply let those jobs slip away."

The former federal minister and premier of Newfoundland is a familiar face in Canadian business. He ran or served as a director on a cross-section of companies, including construction firm Aecon Group Inc. and New Flyer Industries Inc., a bus maker. Mr. Tobin was Canada's minister of industry in 2001, when the Liberal government stepped up to offer low-interest loans to Bombardier to help it compete with Brazilian rival Embraer SA.

The 73 year-old Bombardier has been reduced to a penny stock, as investors lose confidence in a company that's two years behind schedule and more than $2-billion (U.S.) over budget in the development of its C Series jet. With the Quebec government's agreement last year to invest $1-billion in Bombardier, the focus has shifted to Mr. Trudeau's federal Liberals to match that.

Part of a decision to provide federal aid might mean requiring Bombardier to abandon its dual-class share structure, which allows the Bombardier family to control the firm, said Mr. Tobin, a vice-chairman at BMO Capital Markets in Toronto. And any aid should be tied to evidence of a strong business case for the company, he said in a separate interview with Pamela Ritchie on Bloomberg TV Canada.

"Surely, nobody in Canada would argue that we should just toss those jobs and that technology away and say Canada is out of the aerospace business," said Mr. Tobin, who was a Liberal MP when Mr. Trudeau's father, Pierre, was prime minister in the 1980s.

Although he said he has no direct knowledge of Bombardier's affairs, Mr. Tobin is concerned the company's importance is not being properly recognized outside Quebec.

Meanwhile, another regional squabble is jeopardizing pipeline development in Canada, he said. TransCanada Corp.'s Energy East project has faced strong opposition within Quebec in recent weeks – the same province that would like to see federal support for Bombardier. Last month, a group of mayors, led by Montreal's Denis Coderre, voiced their opposition to Energy East, triggering harsh words from Alberta Premier Rachel Notley.

Investors need to know Canada has the will and capability to build big projects, and they need to know the country can get those resources to market, Mr. Tobin said.

"It's very important for Canada economically and for Canadian unity longer term that we not be insensitive to the amount of blood that's on the street in places like Calgary, Alberta or St. John's, Newfoundland – and that's a lot," he said.

As part of a broader effort to staunch that blood loss, the new Trudeau government should be more open to foreign investment, and should attempt to mend fences damaged by his predecessor, Stephen Harper, Mr. Tobin said.

In 2012, Mr. Harper approved a $15.1-billion takeover of Nexen Inc. by CNOOC Ltd., giving the Beijing-based company a stake in Canada's largest oil sands project. At the time, Mr. Harper said it would not approve any more takeovers in the oil patch by stated-owned companies except in "exceptional circumstances."

That decision chilled overseas interest in Canadian resource companies, a sector that has since been devastated by a global downturn in commodity prices. While appropriate measures need to be in place to protect Canadian interests, the so-called "hollowing out" of Canadian business is less a concern than attracting the large capital flows essential to building huge projects, Mr. Tobin said.

"In a global market like this, given the choice between care and maintenance on large projects or new players with deeper pockets coming in for the long haul, I don't think we want to close Canada's doors to capital," Mr. Tobin said.

Opinion
If Ottawa opts to bail out Bombardier, it ought to impose one key condition
January 13, 2016 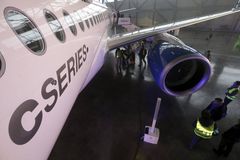 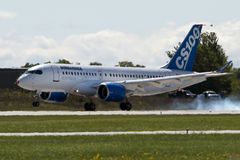