The CWB Marquis is named for an old variety of wheat and owned by a grain company, but the ship will be laden with 29,000 tonnes of iron ore when it makes its first voyage through the Great Lakes-St. Lawrence Seaway Thursday.

The red-and-blue hulled ship, one of two new vessels recently bought by the former Canadian Wheat Board, was to be the first ship on the Seaway in 2015, a start delayed one week by ice throughout the 3,700-kilometre trade route that links North America's industrial and agricultural core with markets in Europe and Africa.

The ship's passage marks the start of a season that is expected to see strong cargo volumes, buoyed by resilient economies in the U.S. and Europe and a weak Canadian dollar that is good for exporters, even as shipments of coal and ore fall amid weak prices and declining demand.

"We're always excited to see the season start," said Terence Bowles, chief executive officer of the St. Lawrence Seaway Management Corp., the not-for-profit corporation which runs the Canadian side of the route that reaches more than 100 ports in two provinces and eight states.

After the CWB Marquis glides through the Montreal locks and canal system, it will steam up the St. Lawrence, guided by satellite positioning that tells the captain the speed and course required to improve fuel efficiency while allowing the vessel to safely carry hundreds of tonnes of additional cargo.

The CWB ship will be followed through the locks by two new vessels owned by Canada Steamship Lines, a Montreal company that operates 21 ships built for the Seaway – six of which are recent purchases – and about 47 that sail in global waters under the banner of parent company, CSL Group.

"It's a good week. We start to earn money with the ships this week," said Allister Paterson, president of Canada Steamship Lines.

By Friday night, the CWB Marquis is expected to dock at Arcelor Mittal's steel plant in Hamilton, where it will unload its cargo before beginning the six-day journey to Thunder Bay, for a load of grain.

It then heads south through the lakes to the mouth of the St. Lawrence and the grain terminals at Trois-Rivières, when the crop is transferred to so-called salties – the ships that cross the Atlantic Ocean to deliver the crop to food makers in Europe, Africa and parts of the Middle East.

The CWB Marquis is one of at least 14 new ships that will follow that route on the Great Lakes this season, part of a system-wide renewal that includes remote-control locks, hands-free vessel mooring and upgraded facilities at many of the ports and industries.

For CWB, the season marks its first as a shipowner. Another vessel, named the CWB Strongfield, will arrive from China in the coming weeks and it, too, will join a pool operated by Algoma Central Corp.

Since the federal government revoked the Canadian Wheat Board's monopoly on buying wheat and barley in Western Canada in 2012, the company now known as CWB has remade itself into a competitor of Richardson International, Cargill and other global food companies. Backed by federal and commercial loans, CWB has been building and buying grain terminals in Western Canada, Thunder Bay and Quebec.

"We've come from an era where we were a monopoly player, but while we had the monopoly or single [trading] desk, we didn't have the assets necessary to actually be a player in a competitive environment, so over the last few years we've had a remarkable transformation," said Ian White, chief executive officer of CWB. "We wanted to invest in the whole supply chain for grain – country elevators, port terminals – and these ships are an important link for us in this. We're very proud of these vessels, and we're also very proud that our vessel will be the first through the seaway this year." 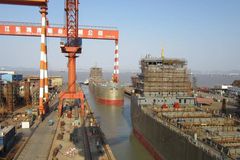 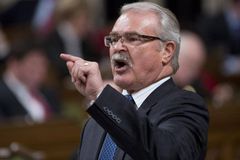 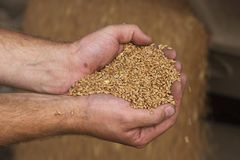