Bill Thomas was just 41 when he took over as chief executive officer of KPMG LLP in Toronto last year. He'd barely begun warming the seat before he began the process of grooming a successor for the audit, tax and advisory firm.

It may seem surprising for someone with expectations of a long career to be worried about who will come next.

But it's an astute move: With many of the current generation of leaders reaching retirement age, companies know they have to prepare younger employees to take over top jobs.

However, many companies are failing in this regard: Identifying and preparing talented employees to move into management has become a victim of the immediate demands of the economy, a new study finds.

Many companies have put succession plans on the back burner as they tackle more pressing issues. Others have been lulled into complacency by the fact that many veteran executives have delayed retirement due to the market meltdown, the study finds.

The ramifications are unsettling. As the economy recovers and older executives start to retire, companies that haven't taken pre-emptive action are going to have to scramble to install people who aren't prepared for the job, or will have to go raiding the competition, the study finds.

While 71 per cent of U.S. and Canadian companies say they have succession plans, just over half -54 per cent - have curtailed or let their plans lapse in the past year, according to the survey of 212 large organizations done by recruitment and executive coaching company OI Partners Inc.

Because of this, 54 per cent of employers said they don't have enough people in their organization who are ready to replace current executives and senior managers.

If an immediate management change was needed, 40 per cent said they would be forced to poach a leader from the competition.

That scenario creates a big opportunity for aspiring leaders to raise their hands and get on the leadership track, career experts say.

"Corporate boards are starting to raise alarms about the risks organization face by not having options for smooth leadership succession. Because of that, companies are likely to revive their efforts to identify and develop executive talent," says Tim Schoonover, chairman of Cincinnati-based OI Partners.

It also means that those who aren't seeing promotion come fast enough at their current employer will find willing ears if they shop themselves to the competition, he adds.

It's not as though companies are being taken by surprise. As the baby boom generation now in leadership roles nears retirement age there are fewer employees in succeeding generations to replace them, according to a separate study released this month by the Conference Board of Canada.

"Job losses have resulted in temporary slackness in Canada's labour market, and baby boomers may be temporarily delaying their retirements due to the plunge in equity markets," says Pedro Antunes, the Conference Board's director of forecasting in Ottawa.

However, even if some boomers decide to delay retirement, it will likely be for only a short period of time, he says. "If organizations fail to adequately plan ... they could lose out on having leaders with the required skills, which could dampen their future growth prospects."

It's a warning that is not lost on Mr. Thomas, who got his own big break by going through a two-year KPMG program called the Chairman's 25. The program trained talented employees to take on senior leadership roles in the lead-up to the retirement of then-CEO Bill MacKinnon in 2008.

"When I was selected for the development program, I thought of it as an opportunity to develop my skills and be able to lead my audit practice in Vancouver. Never once did I think it was going to lead me to be the chief executive officer, and certainly not so quickly," Mr. Thomas says.

"It taught me to be continually thinking of new ideas and willing to try them out, and not to be shy about going back and trying another approach if something doesn't work out the first time."

So just weeks after taking over the top job at KPMG last January, Mr. Thomas launched a revamp of the program to groom potential successors for his and other top jobs in the company.

Even though his immediate mandate was to cut costs, "succession planning was one priority that I was not prepared to eliminate or defer," he says.

He told managers to choose 25 high-potential young partners out of the company's 5,400 employees in Canada. The 25, picked from among partners in their late 30s or early 40s, are undergoing a two-year leadership development program.

"I didn't want to wait until the economic storm passes and then find out we don't have the leaders we need to step up and take advantages of opportunities in the future," Mr. Thomas says.

He's kept the program's name but added more on-the-job experience and mentoring to his version.

"I consider it one of my key responsibilities now to give that same mentoring treatment I received to the future generation of leaders," he says.

He's not the only one taking succession seriously. AON Consulting Inc. has also established a program, called Leaders of Tomorrow, to find its future leaders.

Started in 2007, it selects 35 high-potential candidates annually from among its 1,300 employees for classroom training at business schools and mentoring by senior leaders.

"But to be effective, the classroom training has to go beyond theory to practice. Future leaders are challenged to apply what they learn in their day to day work," says James Millard, senior vice-president of human resources. "There's regular feedback from senior staff, who critique how they are doing and go over difficulties they are having."

Both the company and employees have seen immediate benefits from the program, Mr. Millard says. "For the future leaders, there is the realization that their future potential is recognized and the ability to network with the most senior leadership in the company," he says.

About half of the 2008 class, the first year of the program, have already received promotions. And the company has seen attrition rates of talented employees cut in half, from 20 per cent before the program started to 10 per cent today, Mr. Millard notes.

"Telling employees they are on a leadership path can raise expectations and create frustration if coveted jobs don't open fast enough," he warns.

But that's a small risk compared to the enthusiasm such programs can generate for employees who learn they are on the leadership track, Mr. Szold says.

"It is a critical step in a potential leader's development to live with the fact that they are expected to always perform at a high level and grow into a senior role.

"It doesn't mean that a particular role is promised to them, or even that they will, in fact, get a promotion. It is simply that they have been put on a high potential list - they can always be taken off if somehow their performance or behaviour doesn't match up," he says.

At the same time, a leadership development program can mean advancement beyond expectations.

"I wouldn't be here without it," Mr. Thomas says. "And I would expect our future leaders won't reach their full potential without the preparation they are getting in the program."

54 Percentage that have let them lapse in the last year

28 Percentage of companies that say their succession plan is to hire leaders from outside the company.

14 Percentage of companies that aren't sure any of their current employees have sufficient talent to be developed into successors for top executive jobs.

63 Percentage of executives who said the market meltdown has made them think about continuing to work longer than they had planned three years ago.

STRATEGIES FOR EMPLOYEES AND EMPLOYERS

Now's the perfect time for ambitious employees to get on a trajectory to a top job. Here's advice from Warren Lundy, a partner with Toronto-based executive coaching and recruiting firm Feldman Daxon Partners Inc.

Let your aspirations be known in a discussion with your manager.

Ask for what's not offered

If there are budget constraints to getting needed training and experiences, the company may still provide them if you make it known that you see your future with the company.

Get involved in new initiatives for the company, which will not only show enthusiasm and ability, but provide a chance to work with key people in other parts of the organization.

If a source of guidance and coaching isn't provided by the company, find someone who has long experience as a source of advice and honest feedback.

A year or two may seem a long time before a promotion becomes available in a slimmed-down company, but there will be ample opportunities in an organization that values your talent.

Identify the skills and technical expertise leaders will need not only now but in the future to steer and grow the company.

Evaluate key talent against a profile from several sources, including manager reviews and peer assessments.

Use aptitude testing and performance assessments to find candidates in the organization who may be missed because they don't have a high profile.

Do updates on progress quarterly and follow up with on-the-job exercises, feedback and mentoring.

Ready for the C-suite?

To get into Aon Consulting's "Leaders of Tomorrow" program, candidates must be rated outstanding on all of these factors:

Factors include: building strong relationships with all colleagues, asking for feedback and providing constructive feedback.

Factors include: Using information and resources across the whole company leading teams to consistent performance, and adjusting priorities as needed to always meet deadlines. 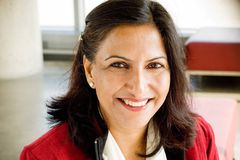 The immigrant succession planning crisis
January 8, 2010
Follow us on Twitter @globebusiness Opens in a new window
Report an error Editorial code of conduct
Due to technical reasons, we have temporarily removed commenting from our articles. We hope to have this fixed soon. Thank you for your patience. If you are looking to give feedback on our new site, please send it along to feedback@globeandmail.com. If you want to write a letter to the editor, please forward to letters@globeandmail.com.
Comments