"Gone are the days where the finance people sit in their offices, crunch the numbers and dole out money, says Ms. Janmohamed, CFO of TFS – Canada's International School (formerly Toronto French School).

In all types of organizations, CFOs now need to keep their attention focused on in-house finances at the same time as they look over their shoulders at everything going on in the world.

Their work and their roles can be affected by anything from competition and potential mergers to a volatile economy and a plunging loonie, technological disruption or political unrest and change globally, according to Mercer Bradley, a recruiting company specializing in financial professionals.

"Today you have to be smarter about how you do things, do things much more efficiently. And you have think creatively about how you want to achieve your objectives with the resources you have," says Ms. Janmohamed.

CFOs even need to be responsive to day-to-day events – picture the finance department of a company whose top executives have just been listed on the Panama Papers' leaked documents. Even an institution as benign and rarified as a private school needs to put its best face forward in the global marketplace today.

After all, many of the families of the 1,400 students at TFS are international executives posted to Canada, with high expectations, while others are Canadian professionals who often do business abroad and also expect the school's financial side to run with precision.

"It's more than just numbers. You sit right next to people and create budgets collaboratively, because everybody needs to be on the same page," Ms. Janmohamed says.

"Most often, the CFO is the second or third top executive in the firm, after the CEO."

Most CFOs in Canada understand the growing complexity of their role, according to a 2014 survey by the Canadian Financial Executives Research Foundation, FEI Canada's research arm.

It found that 79 per cent of the financial executives it surveyed "agreed or strongly agreed that the CFO has become a bigger influence in key business decisions across all divisions over the past three years."

This is happening "as companies in one sector apply their expertise to others – producing new hybrids and erasing traditional industry classifications."

The CFOs surveyed said this "is the single biggest trend transforming the business arena. And it's a very mixed blessing," they said.

Industry convergence creates new opportunities for growth, but it also exacerbates competition because "rival enterprises can seize an organization's core business as they expand into adjacent spaces." Disruptive technologies and business models add to the challenge, as they reshape entire industries.

Most of the 5,427 executives (CFOs or equivalent) surveyed by IBM said that, "acquiring the right technological know-how is only one of the issues CFOs know they'll have to contend with. … Many are preoccupied with more immediate challenges, such as whether their own finance teams are ready to weather the storm."

Three-quarters of the respondents agreed with Ms. Janmohamed's view, saying that, "it's vital to integrate information and resources across their enterprises." At the same time, "less than half told us their people are up to the job."

Ms. Janmohamed says changing technology often makes her work easier. Both she and Mr. Conway say it's increasingly important for CFOs to be sophisticated in human resources management as well as finance to keep ahead.

"Leveraging a strong team is the right thing for CFOs to do, and it allows them to get out of their offices," Mr. Conway says.

Some global issues that change CFOs' work can come from unexpected places.

In Abbotsford, B.C., Elbert K. (Bert) Paul, the CFO of property developer Cold Water Ranch (2011) Ltd. Corpus Management Group has been seeking to develop a 64.7-hectare property, which turns out to include an ancestral First Nations cemetery.

As the plans to develop the land progressed, Prime Minister Justin Trudeau's government announced that Canada will implement the United Nations Declaration of the Rights of Indigenous Peoples, which the previous government declined to do.

The declaration will require Mr. Paul's company to work with the local First Nation and consider their land claim.

"It is our professional responsibility as CFOs to address these legitimate and historic concerns," he says.

How women can create a lasting legacy
April 4, 2016 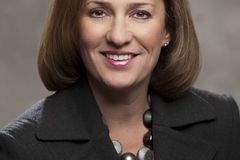 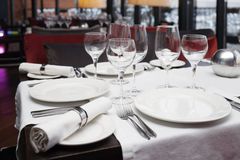 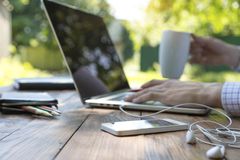