Canada scored a rare double win in the auto sector as both Ford Motor Co. and General Motors Co. unveiled plans to build new vehicles in this country.

GM said an investment of $560-million it will make with suppliers will allow Cami Automotive Inc., in Ingersoll, Ont., to assemble the next generation of the Chevrolet Equinox that is currently built at the plant.

"Ontario is a great place to do business," General Motors of Canada Ltd. president Stephen Carlisle said at the Canadian International Auto Show in Toronto, where he made the announcement.

That investment probably secures the future of 2,700 unionized and 300 salaried jobs in Ingersoll, said Mike Van Boekel, plant chair of Unifor Local 88, which represents the unionized workers at the plant.

The Equinox is a mid-sized crossover – the hottest segment of the auto industry. It was GM's second-best selling vehicle in the U.S. market last month and the plant, which also assembles the GMC Terrain, has been running six days a week for the past six years.

"It's really good news," Mr. Van Boekel said. "Great for the plant, great for the community."

Politicians, parts suppliers and other union officials also applauded the announcement, which comes as GM assesses the future of two plants in Oshawa, Ont., that have no new products allocated to them.

"We are beginning to see positive signs including more collaborative discussions with GM since the arrival of Mr. Carlisle – this reinvestment decision is consistent with that," said Flavio Volpe, president of the Automotive Parts Manufacturers Association of Canada, which represents parts suppliers.

"As a result of this announcement, many of our plants in Ontario will continue to supply product to the next-generation Chevrolet Equinox – keeping manufacturing strong, helping drive the economy and maintaining jobs," Mr. Walker said in a statement.

Mr. Walker and other industry officials and analysts have pointed out repeatedly that retaining existing assembly plants in Canada is critical to retaining parts industry jobs, which outnumber assembly plant jobs by more than two to one.

Retaining existing plants is even more important when measured against Canada's inability in recent years to land new assembly plants, while Mexico and the U.S. South capture investments in the tens of billions of dollars.

Canada has not landed a new assembly plant since Toyota Motor Corp. opened a factory in Woodstock, Ont., in 2008. Three new plants with investment of $3.6-billion (U.S.) have been announced in Mexico this year alone.

Ford said its new GT supercar will be assembled in Markham, Ont., at a privately held parts maker called Multimatic Inc., which is headed by Peter Czapka, son of Anton Czapka, one of the early partners with Frank Stronach in Magna International. In fact, Magna was founded as Multimatic in 1957, but took the name Magna a decade later after a reverse takeover of Magna Electronics, a shell company on the Toronto Stock Exchange.

The companies have no ownership affiliations today.

Joe Hinrichs, Ford's president of the Americas, would not reveal how many cars will be built at Multimatic, but said assembly will begin next year.

Multimatic has worked with Ford on other projects, Mr. Hinrichs said in an interview at the show and its expertise in carbon fibre body panels – which are on the 600-horsepower GT – was a key reason for the contract award. 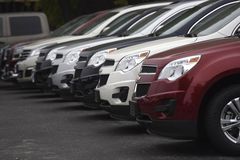 Car Review
2016 Chevrolet Equinox tries to keep up in a crowded market
February 12, 2015 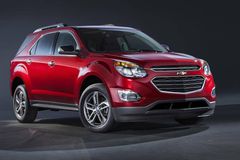 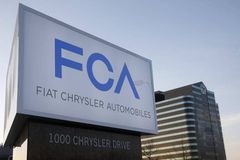