If General Motors Co. decides to continue producing vehicles in Canada later this decade, it won't be because of the recent drop in the value of the Canadian dollar.

Ms. Barra said she sees "an opportunity to continue to build" vehicles in Canada, but did not directly respond when asked how committed the auto maker is to continue producing vehicles here after 2017, when it is scheduled to be down to one plant in Oshawa producing a single vehicle line.

About 6,300 jobs are at risk as GM assesses whether to allocate new products to its two Canadian assembly plants. They are among the highest-paying manufacturing jobs in the country – with hourly wages of more than $34 for those workers with full seniority – while another several thousand jobs at direct and indirect suppliers depend on production continuing at the two factories.

Ms. Barra's responses to two questions about GM's Canadian manufacturing plans during a 60-minute question and answer session did little to clear up doubts about the future of the auto maker's manufacturing operations in this country.

A commitment the company made to maintain 16 per cent of its North American production in Canada expires next year.

The key concern among workers and union leaders, auto parts suppliers and some government officials is the lack of allocation of new or replacement vehicles to GM's assembly plants in Oshawa later this decade.

One plant is scheduled to close next year, although the life of that plant has been extended twice beyond its original closing date. Production of the Chevrolet Camaro now built at the other Oshawa plant will shift to a plant in Lansing, Mich., later this year.

Under GM's current product plan, output of the Cadillac XTS and Buick Regal is scheduled to end in 2016 and 2017 respectively. The Chevrolet Impala, which is built now in Oshawa and Hamtramck, Mich., is scheduled to exit Oshawa in 2019.

GM will miss out on "billions and billions" of dollars in savings and profit if it does not allocate new production to its Oshawa operations, said Jerry Dias, president of Unifor, which represents workers at GM plants there and in Ingersoll and an engine and transmission factory in St. Catharines, Ont.

"If they're looking for a winning economic strategy it takes them right to Canada," Mr. Dias said Thursday in response to Ms. Barra's comments. He has been seeking a meeting with the GM CEO for several months. He said she has agreed to a meeting but no date has been set yet.

The key advantage GM would miss out on is lower labour costs that are even lower in comparison to U.S. labour rates with the decline in the currency, Mr. Dias said.

All-in labour costs for Canadian workers, including health care, pensions and all other benefits hit $37 after five years, compared with $39.95 (U.S.) for second-tier workers after four years at UAW plants.

"Even at par we were cheaper than U.S. new hires; at 85 cents we are substantially cheaper," Unifor economist Jim Stanford said.

One reason for worries about GM's Canadian operations is growth in Mexico, where labour costs are a fraction of those in Canada and the United States, said Sean McAlinden, executive vice-president of research and chief economist of the Center for Automotive Research, an auto industry think-tank in Ann Arbor, Mich.

The Oshawa facility is on the Center's risk list for potential closing, Mr. McAlinden said.

GM said in December it plans to invest $3.6-billion to double its manufacturing capacity in Mexico, a move that angers Unifor's Mr. Dias.

"The federal and provincial governments poured $11-billion (Canadian) into General Motors when they were the most vulnerable," Mr. Dias said. "Mexico put in nothing, not a dime, yet all the investments seem to be heading to Mexico.

With files from reporter Jacqueline Nelson 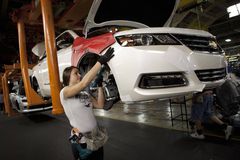 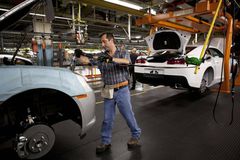 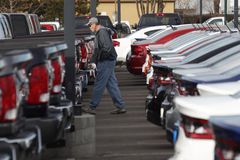