Last June, a vehicle careened off the road, hit several trees and came to a halt. The driver, who was not wearing a seatbelt, died in the crash.

It is the kind of trivial news that barely fills a hole at the bottom of a newspaper page. Except that this death appears to be linked to one of the faulty ignition switches that forced General Motors Co. to recall 1.6 million vehicles that were assembled between 2003 and 2007. Transport Canada is investigating the crash.

General Motors first said it learned of the problem in 2004, but has since changed its story. The car manufacturer now admits it was made aware of the problem back in 2001 – a full 13 years ago. According to the company timeline given to American authorities, only in 2007 did GM change the ignition switch on the faulty Chevrolet, Pontiac and Saturn models.

What is even more infuriating, the defect linked to 12 deaths in the United States can be repaired in mere minutes, for what amounts to pocket change. It costs between $2 (U.S.) and $5 to produce a replacement switch, according to auto-parts maker Delphi Automotive PLC.

Everybody's anger is now directed at Mary Barra, the public face of GM, just two months into what was already one of America's toughest CEO jobs. Ms. Barra, an engineer by training, was an executive with the company's manufacturing division when the problems with the Chevrolet Cobalt's ignition system surfaced. And as she took the corner office in January, she repeated the mantra, "No more crappy cars."

This safety crisis is the ultimate test for Ms. Barra.

The chief executive has taken the matter into her own hands. She will direct the recall efforts and supervise an internal investigation into why the Detroit company failed to act sooner. GM is at the centre of three different investigations, including one criminal probe.

There is never a good moment for a recall, but this timing is particularly bad. GM has finally turned the corner on its sombre restructuring days. The company has been profitable for three years in a row, and the U.S. government is no longer one of its shareholders.

Moreover, GM has been shedding its image as a designer of dreary, underperforming and, yes, "crappy" cars. Motor Trend magazine picked the Cadillac CTS as its 2014 Car of the Year. J.D. Power & Associates also ranked GM as No. 1 in its Initial Quality Study, a feat no American auto maker has accomplished in 27 years.

At first glance, Ms. Barra acted decisively and has managed the crisis as well as any executive could. Compared with how Akio Toyoda mishandled the recalls of the Toyota cars that accelerated unintentionally – the Toyota president ducked responsibility for weeks on end – she even looks like a rock star.

But GM's ignition switch crisis points to a larger problem that appears pervasive in the automotive business. The industry always claims to put safety first – and yet, all too often, car manufacturers drag their feet, reacting only after casualties mount.

Recall the Ford Explorer rollovers? Those accidents accounted for most of the 174 deaths that prompted tire manufacturer Firestone to recall 15-inch SUV tires in 2000. Both companies tried to pin the blame on each other. But Ford engineers were wrestling with the stability and the handling of the Explorer even before that SUV hit the market in 1990, according to a Time magazine investigation.

The Ford Explorer rollovers prompted the U.S. government to adopt what is known as the Tread Act. This law is designed to detect safety problems earlier and to punish auto makers that knowingly fail to report defects that could put lives at risk.

As a great deterrent, however, the law hasn't worked. In the United States, Toyota was forced to pay two $16.4-million fines in 2010 for dragging its feet in reporting and solving the unintended acceleration of its cars and a third one of $17.4-million in 2012. Now, it is GM's turn.

Most recalls, of course, are brought forward by auto companies themselves. But when car manufacturers face larger recalls and costly repairs, they don't always appear as resolute and decisive.

In Canada, revealingly, the fines for a serious violation of the Motor Vehicle Safety Act amount to a slap on the wrist. An individual could face a fine of up to $10,000, while a corporation could end up with a fine of $1-million. To put things into perspective, General Motors recorded more than $155-billion (U.S.) in sales last year.

It shouldn't take a series of avoidable accidents to prompt investigation into why the system isn't reporting safety defects quickly enough. For the safety of drivers, the oversight of car manufacturers ought to be as sturdy as an SUV.

Fatal crash in Canada may be related to GM recall
March 13, 2014 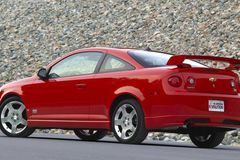 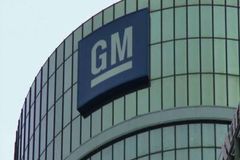 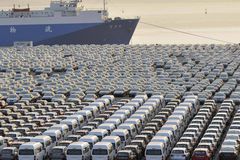