With six million players and 2,500 courses across the country, golf has an important place in the recreational – and business – life of many Canadians. As the president of Golf Canada, the governing body for the sport, Diane Dunlop-Hébert has a key role in promoting golf, encouraging more people to play, and helping to organize the two crucial professional championships. One of them, the CN Canadian Women's Open, begins play Monday in Vancouver.

How important is golf as a business in Canada?

Golf is a big economic driver, generating over $11.9-billion in revenue. We employ over 340,000 people, and 43 per cent of them are students. It gives them the opportunity to earn a living and pay for their studies, while at the same time getting some valuable work experience. Golf is the highest participation sport in Canada. There are more golf courses per capita in Canada than anywhere else in the world. Also, charitable golf tournaments in Canada raise over half a billion dollars a year.

Are many courses – both private and public – facing financial difficulty these days?

Cost are increasing and will continue to do so. Certainly the economic downturn was not great for our golf courses. And we've had some weather problems – last year was a very tough year. Early indications from the clubs I have visited [suggest] most of them are experiencing better results this year, so it is encouraging.

Is participation in the sport declining?

Participation numbers have slowed a bit with the economic downturn, but as the economy recovers I think we will see more people coming back to the game. We've spent a lot of time developing programs to get more children into the game, and to encourage families to play more golf.

Is the golf course still a place where executives network and cement their contacts?

It is. There aren't too many other opportunities where you get to spend that much time with a colleague or a potential client or a potential supplier – you have four hours of pretty much uninterrupted time to get to know the person and to communicate with them. It remains an important business tool.

Many people say it is too expensive to play golf, and it takes too long to play. What can you do about that?

When you compare the cost to other sports [it isn't that high]. Costs are actually higher for hockey for youngsters. But the time factor is an important consideration. We are all leading very busy lives and the traditional 18 holes takes too long to play. So more clubs and courses are looking at 12 holes, or a concept called "tee it forward" where you reduce the amount of distance to the hole. That makes the game go a little bit faster. The other thing that is interesting is the two-hole green that is starting to appear in a few courses – it makes it more fun.

Are there any 12-hole courses in Canada yet?

We are starting to see them. Some courses are modifying to go 6-6-6, rather than nine and nine. There are a lot more options out there today than your traditional 18 hole, 41/2-hour round.

Is there resistance to these changes in this tradition-bound sport?

There is a great willingness on the part of golf course administrators to try new things. I don't see the resistance. If you want to play a competitive round of golf, that is a different story, but as a purely recreational round of golf, it makes a lot of sense.

What is the best way to get younger people into the game?

Golf Canada has invested very heavily in the last few years in programs for youngsters. Two years ago we launched [a program to introduce] golf in elementary schools. We have over 1,500 participating schools now. We just launched golf in high schools, which is the continuation of that program. It is fully integrated into the curriculum.

We also have our Future Links program which has increased participation at the club level. It initiates children into the game, and then they follow their progress all summer long, to track performance and skill levels – very much like a swimming badge.

Has golf become more appealing to women in recent years?

We did see a huge increase in the number of women playing golf, but it has sort of levelled off. Research tells us that women enjoy the networking and the social aspects of golf. Clubs are starting to embrace that with things like women's golf clinics.

Is it harder to get corporate sponsorships for tournaments these days?

We are very fortunate with the two professional tournaments [the RBC Canadian Open and the CN Canadian Women's Open] that we have excellent corporate sponsorship.

In any business, when you are looking for sponsors it is a sustained effort, but the two professional tournaments are excellent properties, and there is a great demographic out there for sponsors.

How important is it to have high-calibre, successful Canadian professionals on the international circuit?

In sports we need our heroes. When we saw Mike Weir win the Masters, that was a huge plus for Canadian golfers. It is a critical element in the development of any sport to have your elite, and to try and get out there and hit the ball as far as Tiger Woods or Rory McIlroy.

As an accountant, how did you end up leading this organization?

The ladies' association in Quebec needed some help on the finance side, and one thing led to another. Somebody always needs an accountant.

Is golf going to be back in the Olympics soon?

Yes, in 2016 in Rio, golf will be in the Olympics. Canada is the defending gold medalist, from 1904, when George S. Lyon won. That was the last time it was in the Olympics.

Gil Blutrich: Building on the foundations of history
August 12, 2012 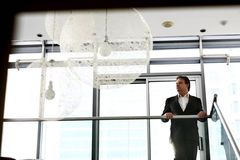 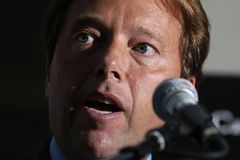 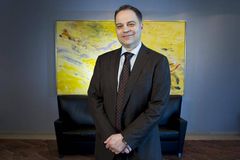