Grain companies in Western Canada say they are losing sales and being forced to pay penalties to foreign buyers as the major railways struggle to get the commodities to port.

Friction is growing between grain handlers, farmers and the major railroads, Canadian National Railway Co. and Canadian Pacific Railway Ltd., over the slow pace of grain shipments this winter. The two railways delivered just 38 per cent of the grain cars ordered in the latest week, with CN supplying only 17 per cent of what it was asked for, according to the Ag Transport Coalition, which is made up of farmers' groups, grain companies and inland terminal operators.

The situation has left farmers with full storage bins and cash-flow troubles, and the amount of grain stuck on the Prairies is harming the country's international reputation as a reliable provider of wheat and other commodities, according to some.

"We are forgoing some sales opportunities," said Wade Sobkowich, executive director of the Western Grain Elevator Association, which speaks for most of the major sellers, including Richardson International Co. and Parrish and Heimbecker Ltd. Grain sellers are also paying penalties to some foreign customers to extend supply agreements they could not fulfill, he added.

"If the railways don't show up, then grain elevators can't accept the grain from the farmer because they have limited space. That means the farmer doesn't get paid until the train shows up. … Both farmers and the grain companies are 100-per-cent dependent on the trains showing up on time in order to get paid on time."

CN and CP have conceded their service this winter has been poorer than usual. But the freight haulers say the frigid temperatures and heavy snowfalls have forced them to run shorter trains at slower speeds, affecting train schedules at a time of rising demand for freight service for commodities and goods.

"What that means is you need to have twice as many trains to move the same amount of volume," Ghislain Houle, CN's chief financial officer, said at an investors conference last week. "We don't like the situation [but] we believe that this is a bump in the road. I'm not trying to minimize it. But we're doing what we can to get out of it as quickly as possible."

CN has hired hundreds of locomotive conductors and is buying 200 new locomotives, in addition to upgrading parts of its network to handle more trains. But the work cannot begin until winter subsides.

U.S. oil-field services company Halliburton Co. has said CN's failure to pick up and deliver sand used to drill for oil and gas in Minnesota and Wisconsin will reduce the company's profitability.

Farmers and grain companies are in the same situation.

Much of the wheat, canola and barley grown in Western Canada is transported hundreds of kilometres to ports in B.C. or Northern Ontario for export to overseas markets. The supply chain, which starts at the farm, is comprised of trucks, trains and ships.

Mr. Sobkowich said this winter's rail service is the worst since 2013-14, when a harsh winter followed a record grain harvest. He said demand for grain cars this year is about the same as last year, when CN was able to deliver 80 or 90 per cent of the cars requested by elevators.

For instance, the Port of Prince Rupert, in the week before last, received 790 grain cars for export, fewer than the 1,500 grain cars companies had contracted to sell.

The grain industry says the poor rail service is hurting Canada's standing as a food supplier at a time that it's signing trade deals with Europe and countries in the Pacific Rim. Farmers and grain companies are urging the government to pass Bill C-49, which gives commodity shippers the rights to levy financial penalties against rail companies that do not meet their obligations.

Railways currently charge grain companies that do not load cars for pickup in a certain period, and the grain industry says reciprocal penalties would ensure better service. "Railways are the only link in the grain logistics supply chain that are not held to account," Warren Sekulic, director of the Alberta Wheat Commission, said this month in a Senate hearing on the legislation. 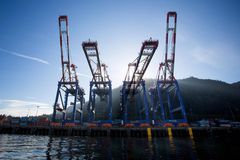 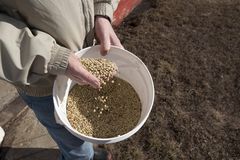