Maurice Ashley hopes to show the world that chess can be as exciting – and as lucrative – as high stakes poker. And he's spent more than a decade formulating his plan to bring chess to the masses.

The grandmaster is trying to rebrand chess with larger prizes and younger stars that can overhaul the strategy game's nerdy image.

Mr. Ashley took his first step toward that goal last weekend as he and Vancouver-based business partner Amy Lee hosted the first Millionaire Chess Open, a five-day tournament in Las Vegas, Nev. More than 560 players from 44 countries descended upon the Planet Hollywood Resort and Casino to compete for the guaranteed $1-million (U.S.) in prizes, the largest prize pot on record.

Chess's cool factor has had a recent boost from 23-year-old Norwegian player Magnus Carlsen, the "Mozart of chess" considered by many to be the best player in the world. Since becoming a grandmaster at age 13, Mr. Carlsen has posed for fashion campaigns alongside the likes of actress Liv Tyler, and become well-known for chess stunts such as playing against 10 Harvard-taught lawyers at once while blindfolded.

The 1,500-year-old game also is experiencing heightened popularity around the world. The development committee of the World Chess Federation (known as FIDE for its French name Federation Internationale des Echecs) says the number of active players it rates nearly doubled in the five years to 2013. The number of open tournaments tracked by FIDE increased by 37 per cent in the same period, and there were nearly one million FIDE-recognized games played last year.

Mr. Ashley said the idea for the blockbuster Millionaire Chess Open came to him 12 years ago. He was frustrated that his status as the first African-American international grandmaster had done little to improve the popularity or accessibility of the game.

"I thought that it would mean something, but it meant nothing in terms of being able to monetize that or broaden the appeal of chess in any way," Mr. Ashley said. He reasoned that this was because there was no forum for him to build on his success.

Mr. Ashley conceived of the idea to host a tournament that would treat the game of chess as a sport where players and commentators would engage with spectators. He envisioned an event with the same kind of glitz and excitement that has turned poker into a multimillion-dollar industry that supports a network of professional players.

Millionaire Chess hosted its inaugural event as champions are also skewing younger, with six of the world's top 10 players still in their 20s. "These are young players who like to have a good time, but they're not being shown in that light," Mr. Ashley said. "We need a rebranding of the game so that people can see it's not their grandfather's sport. "

The winner of the Millionaire Chess Open was Wesley So, who turned 21 just a couple of days before scoring his $100,000 (U.S.) jackpot. When asked how he planned to spend his winnings, the precocious player said he'd start by ordering a drink.

Along with likable stars, commentators can be the most important way to attract new fans, Mr. Ashley says. Millionaire Chess brought in commentators from around the world to humanize the game and make the event sound fun and dynamic.

Behind the Millionaire prize pool is Ms. Lee, entrepreneur and friend of Mr. Ashley. She is the business mind behind turning the event into an international phenomenon. While the most recent tournament in Las Vegas charged a $1,000 entry fee, its wasn't a money maker. Still, both Mr. Ashley and his backer are committed to their investment and believe the events will take off internationally.

Millionaire Chess still has a long way to go to catch the World Series of Poker, which is preparing to hold its 45th annual event that will award one of nine players a guaranteed $10-million. The total prize pool this year is more than $62-million.

Mr. Ashley says that one throw-down in Las Vegas isn't enough to make a mark in chess or help players make a living, but expects the event will grow. "This will be more than annual event if we have out way. We plan to do them around the world," he said. Their first goal is to double the size of the next Millionaire Chess tournament. 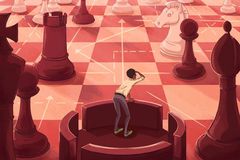 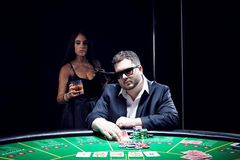 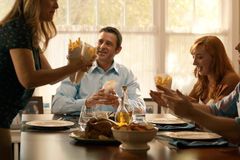