For Greek Prime Minister Alexis Tsipras, the day started with a peace offering and ended with a war.

After it became apparent that his 11th-hour effort to broker a compromise with his insolvent country's creditors would utterly fail, Mr. Tsipras used a national TV address to lambaste them and to urge Greeks to use a No vote in Sunday's referendum to reject their last proposal.

"The sirens of destruction are blackmailing you to say yes to everything without any prospect of exiting the crisis," he said. The European Union leaders, he added, were "extremist conservative forces" who had forced the shutdown of Greece's banks because the country had dared to call the referendum.

The creditors and euro zone finance ministers responded in kind and announced that no more negotiations with Greece would be held ahead of the referendum. Wolfgang Schaeuble, the powerful German finance minister who lost patience with Greece months ago, was the most critical of Greece's on-again, off-again proposals to reach a compromise that would take the edge off austerity while ensuring a fresh flow of bailout funds.

"This government has done nothing since it came into office," Mr. Schaeuble told the German parliament on Wednesday, referring to the election of Mr. Tsipras's anti-austerity Syriza party in January. "It has only reversed measures. It has reneged on previously agreed commitments. It negotiated and negotiated. … You cannot in all honesty expect us to talk with them in a situation like this."

Only a few hours earlier, the markets had been rallying on Greece's apparent peace offering. On Tuesday evening, after yet another proposal to reach a compromise failed, Mr. Tsipras sent a two-page letter to the leaders of the European Commission, the European Central Bank and the International Monetary Fund. He said Greece "is prepared to accept" their demands, subject to some amendments.

There were indeed some concessions, but not nearly enough to satisfy the creditors that he had made a genuine U-turn. German Chancellor Angela Merkel said: "There can be no negotiations for a new credit program before the referendum."

In a note published from Athens on Wednesday, Manulife chief economist Megan Greene said "Merkel is not going to waste political capital negotiating with a government on the brink of collapse over a deal that everyone well knows this government cannot implement."

The Eurogroup, the euro zone finance ministers who met in Brussels on Wednesday to discuss Greece's offer, were quick to shut down any dialogue too. In a summary, Dutch Finance Minister Jeroen Dijsselbloem, who leads the Eurogroup, said that "given the political situation, the rejection of the previous proposals, the referendum that will take place Sunday and the recommendation from the Greek government to vote No, we see no grounds for further talks at this point."

Greece's fear is that the ECB will turn up the pressure by tightening the requirements on any collateral the Greek banks use in exchange for emergency loans. The banks, which have been bleeding deposits since February, are being kept alive by the loans. To stem the outflow of deposits, the Greek government on Sunday announced that banks would be shut and that capital controls – strict limits on ATM withdrawals and international money transfers – would be put in place.

In the event, the ECB on Wednesday night did not change the collateral requirements, nor did it increase the amount of emergency loans it would provide to the banks. With customers still yanking money out of their accounts – the ATM limit is €60 ($83) a day – a full-blown banking crisis is still possible, especially if the referendum rejects the creditors' bailout offer.

By Wednesday afternoon, Greece was completely isolated and sinking deeper into a financial and economic hole. The day before, it had defaulted on a €1.6-billion loan to the IMF and failed to make a smaller payment to the Bank of Greece. Its last bailout program expired on the same day, giving it no access to any emergency funds whatsoever. The banks were shut and businesses were reporting falling sales as customers hoarded cash.

Mr. Tsipras said that a No vote in the referendum would boost Greece's leverage in any new negotiations. "Come Monday, the Greek government will be at the negotiating table after the referendum, with better terms for the Greek people," he said on Twitter. "A popular verdict is much stronger than the will of a government."

But a No vote could also bring Greece to economic collapse. "I'm afraid the Greek banks might not open with the euro as the currency if the referendum on Sunday ends with a No," Slovak Finance Minister Peter Kazimir said on Twitter. 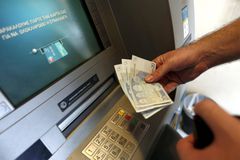 Amid Greek debt crisis, a round of applause for Canada's banking system
Subscriber content
June 30, 2015 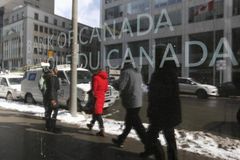