Risks are building in Canadian credit markets, says a key international finance group that is raising early warning signs about the potential for stress in the country's banking system.

A new report from The Bank for International Settlements, which is owned by 60 central banks, looks at four measures that are designed to raise early alarms before financial vulnerabilities may emerge. In the latest review, two of those measures – Canada's credit-to-GDP gap and its total debt-service ratio – are coded red, meaning they exceed a threshold that points to a higher risk of a banking crisis in the coming years.

On two other measures – the debt service ratio for households and crossborder claims to GDP – Canada surpassed a lesser threshold, triggering amber alerts.

The latest BIS warnings come as Canada's household-debt levels remain at record highs, and housing prices continue to be elevated in cities like Vancouver and Toronto even as recent regulations dampen the rate of growth. Credit has been a nagging concern for policy makers and regulators, but executives at big banks continue to reassure shareholders that the environment is benign and that their own lending books are relatively blemish-free.

The indicators that the BIS publishes are not considered definitive, and should be interpreted cautiously: Even when warning thresholds are breached, the data suggest it is far from certain that a crisis will emerge. And where the indicators do correctly spot real problems on the horizon, it could still be several years before the risks materialize. But these metrics have proven effective early warnings in advance of many past financial crises, such as crashes in the U.S. in 2007 and Greece in 2010. In the current report, China and Hong Kong also received red flags in the same two categories as Canada.

The debt-service ratio measures interest payments and amortizations owing as a slice of total income for households and private non-financial firms. The credit-to-GDP gap measures the difference between a country's current ratio of credit to gross domestic product and its long-term trend. When the former is significantly higher than the latter, it is a sign that lending activity is growing more briskly than normal – which can be a signal of easy money and too much leverage for households, corporations and banks.

These early signals are meant to serve as reminders to policy makers and bankers alike to temper boom-time behaviour, when risk appetites tend to be higher, asset prices rise and credit surges. The BIS notes that "the indicators currently point to the buildup of risks in several economies," and in Canada's case, the troubling signs "are reinforced by property price developments."

But Mr. McKay also noted that Canada's economy is being "driven maybe too much by the consumer," and that spending, particularly on housing, "is over-driving the economy." And that has tested banks' appetite for risk, as well as their controls. Canadian bank CEOs have said they won't raise their risk tolerance simply because times are good, "because you can't dig yourself out of that when the cycle does turn," Mr. McKay said.

Early this year, National Bank of Canada CEO Louis Vachon promised that his bank will not chase greater lending volume at the expense of prudent risk management, "particularly at this stage of the business cycle." After an extended run of growth, bankers have been known to have short memories, and risk managers come under pressure to maintain discipline.

While Mr. Vachon hasn't seen any behaviour that reminds him of "the silly season" of 2005 to 2007 that preceded a global financial crash, he conceded at a January conference that the bank's risk committee had been busier of late, "telling people to rethink, to sharpen their pencils, to take a breath and think twice, and occasionally to say no." 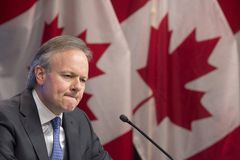 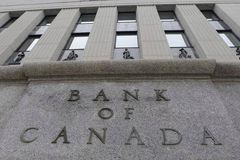 Opinion
With economic pressure on multiple fronts, it’s no surprise the BoC chooses to stay on sidelines
Subscriber content
March 7, 2018 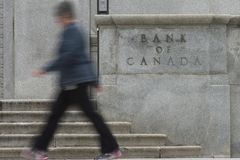