It's the big question facing many companies: What effect will the H1N1 pandemic have on business?

Companies, many held back by the strong dollar and tepid demand as the country struggles out of recession, are being urged to plan for absenteeism rates of up to a third of their work forces as the flu season plays out.

The H1N1 pandemic means up to eight million more Canadians could fall ill this season than during a regular flu season, the Winnipeg-based International Centre for Infectious Diseases (ICID) estimates, a blow to productivity.

If the virus becomes widespread, "it will throw sand in the gears of business activity and that will reduce productivity in the near term," said Sal Guatieri, senior economist at BMO Nesbitt Burns Inc. "It adds to the uncertainty about the economic outlook."

Some companies are planning for absenteeism and making sure they won't see a drastic drop in productivity. At Vancouver-based Telus Corp., two-thirds of the investor relations team was asked to work from home for a week to test out remote access systems, said the company's vice-president of risk management and chief internal auditor, Kasey Reese.

Estimates vary on the cost a pandemic carries. The World Bank estimates that a worldwide flu pandemic, in general, could shave 0.7 per cent to 4.8 per cent of global gross domestic product, depending on severity.

Sherry Cooper, Bank of Montreal chief economist, says vaccinations should limit the damage to the economy.

In Germany, a study last week with the insurer Allianz predicted the flu could cost up to €40-billion ($63.7-billion), or between 0.4 and 1.6 per cent of GDP, depending on the severity.

It's too early to estimate costs for Canadian businesses. But they could easily outstrip the $2-billion price tag of the SARS outbreak in 2003, said Amin Mawani, director of Schulich School of Business's health industry management program.

"It will be significantly greater than SARS," Mr. Mawani said. "That was largely a hospital-based illness. This is community-based and national."

Flu season already means more people call in sick. This year, depending on the rates at which people get vaccinated, an additional three million to eight million Canadians could get sick, "so that's really going to affect businesses," said Wendy Schettler, director of public health programs at the ICID, a Canadian non-profit organization that advises businesses on pandemic planning.

Many businesses she speaks with aren't unduly worried because they can handle a week of high absenteeism.

The problem, though, is that some may face absenteeism rates of 25 to 30 per cent over an extended period. "It ebbs and flows," she said. "It's not just a week. It's weeks and potentially months."

A recent business survey suggests pandemic planning is still not a top priority. Just 22 per cent of respondents to an Ontario Chamber of Commerce survey last month have an emergency plan in place and another 27 per cent say they're developing one. The results aren't much different from a similar survey the chamber conducted in 2005.

Not everyone is pushing the economic panic button. Toronto-Dominion Bank hasn't factored the impact of H1N1 into its forecasts, said Beata Caranci, the bank's director of economic forecasting.

"We didn't make any allowances for the drag on GDP," she said, because the public and companies are more prepared than they were during SARS. If there is an impact, she figures it will likely be only during one quarter.

The most vulnerable sectors are travel, restaurants and hotels, she said. Conferences could see a drop in attendance and some retailers may be affected as people avoid malls. 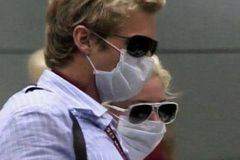 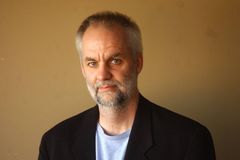