Since taking over HBC five years ago, Mr. Baker has probably pushed the retailer through more change than it has experienced in any chapter of its 343-year history. He has hired new top executives to oversee initiatives that have included dumping dozens of fashion lines for trendier looks and the sale of discounter Zellers leases to Target Corp., which laid the groundwork for that U.S. giant to arrive and shake up the entire Canadian retail landscape.

Mr. Baker's latest move – HBC's $2.4-billion (U.S.) agreement to acquire New York-based luxury rival Saks Inc. – promises to further alter the retail terrain as he prepares to introduce the prestigious Saks brand to Canada, as well as the company's Off Fifth discount sister chain. Moreover, the deal will introduce Saks' e-commerce site here at a time when Holts, which dominates Canada's premium market, has yet to move into the burgeoning online market.

"In a very short period of time, we are going to again transform the Canadian retail landscape," Mr. Baker, HBC's governor (chairman) and chief executive officer, said in an interview on Monday after unveiling his all-cash $16-a-share Saks agreement.

"This has been our vision from the beginning."

Mr. Baker's fast-paced strategy has played its part in forcing incumbents to sharpen their game and new players – including high-end Nordstrom Inc. of Seattle – to decide to launch their first stores in Canada, despite a dearth of attractive real estate locations. Nordstrom will open its first Canadian location next year.

Yet for all he has achieved, Mr. Baker's deal for Saks, which is slated to close by the end of 2013, raises questions about whether there is enough room in Canada's luxury market for Nordstrom, Saks and Holts.

"Someone will feel the financial pressure," said George Minakakis, CEO of strategist Inception Retail Group and author of Last Retailer Standing. "The premium and luxury customer base isn't going to jump in size because Saks opens more stores."

Even so, Mr. Baker can take comfort in new data indicating that Canadians are getting richer and recovering from the recession, which hit high-end retailers hard.

Canada's average household net worth broke the $400,000 barrier at the end of 2012, beating its American counterparts once again, according to the sixth annual Wealthscapes study.

Mr. Baker "is placing a bet that the good times are are going to continue," said Peter Miron, senior research associate at Environics Analytics and lead developer of the Wealthscapes research. "If the real-estate market holds up, it looks pretty good."

His preliminary data suggest that 2013 will still be a relatively strong year for real estate growth, he said. He pointed to the "wealth effect" which essentially means that "if you feel wealthier, you're going to spend more."

Spending within premium segments continues to grow faster than that in the "mass" sector, according to Howard Grosfield, CEO of American Express Canada.

The all-important Generation Y, which refers to consumers born in the 1980s and 1990s, is shelling out more on high-end travel and fashion than any other demographic group, his 2012 survey found. The data also point to the acceleration of online spending, which is expected to double by 2015.

Mr. Baker said he is pursuing his HBC vision of investing in alluring brands to draw customers while introducing proven concepts in Hudson's Bay existing stores such as the British Topshop retailer and, next year, the premium Kleinfeld Bridal of New York.

HBC's financial results show signs that his initiatives are taking hold, with the company's first-quarter same-store sales up 7.6 per cent at its Canadian stores, although down 1.4 per cent at its smaller U.S. Lord & Taylor division.

"Now through Hudson's Bay, we're going to be able to bring Saks into the very best locations in Canada with the very lowest cost in rent," he said. "Think how much more efficient Saks is going to be in Canada than, say, Nordstrom. There's a huge amount that Nordstrom needs to do to open a store."

He said he will locate Saks' stores in areas close to existing Holts outlets such as at the Hudson's Bay store at Bloor and Yonge Streets in Toronto. He envisions up to seven Saks stores in Canada – in existing Hudson's Bay outlets, replacing them with Saks or even in newly built stores – and as many as 25 Off Fifth discount outlets.

He also intends to spin out HBC's real estate in a Real Estate Income Trust. Some analysts estimate that HBC properties are worth as much as $6-billion, about $2-billion at Saks and up to $4-billion at HBC. With debt included, Mr. Baker's agreement puts the value of his Saks deal at $2.9-billion (U.S.)

Holts, for its part, is expanding space in many of its nine conventional stores by 40 per cent over the next few years. Earlier this year, the company launched its discount HR2 chain to take on Nordstrom Rack and, now, Off Fifth.

"Holt Renfrew isn't out of the fight yet," Mr. Minakakis said.

Death of department stores? Not according to stock market
July 29, 2013 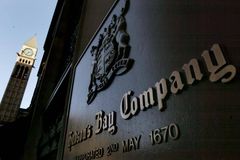 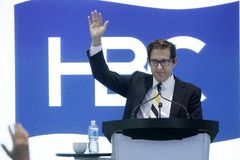 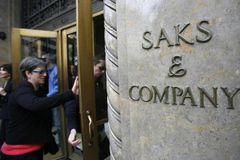 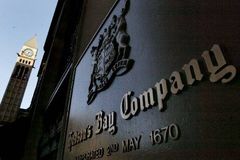 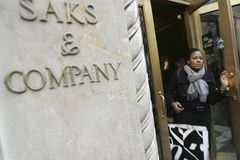 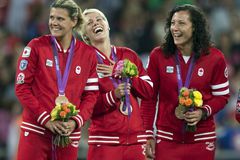 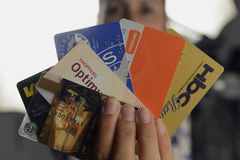