To an outsider, it might make sense for Alain Bouchard to step away from the daily operations of his convenience store empire just days after the president of Alimentation Couche-Tard Inc. celebrated his 65th birthday.

After all, that is Canada's official retirement age.

But to anybody who knows Mr. Bouchard even remotely, the idea that this Quebec entrepreneur could somehow slow his pace and ease into retirement is perfectly ludicrous.

The man will die with an unfinished deal on his kitchen table.

Listening to Mr. Bouchard list his new responsibilities as executive chairman after he will hand off the company to its chief operating officer, Brian Hannasch, it was hard not to crack a smile.

Mr. Bouchard said he will come in to the office every day. He will review the company's results monthly.

He will take part in the budgeting process and in all strategic discussions.

What will change is that he will spend more time on acquisitions. That will translate into longer three-week trips instead of a bunch of short ones. His passport might be less crowded with country entry stamps, but that will be the only difference visible to the naked eye. "I will be very active," he said on a conference call with reporters on Tuesday.

Everybody guessed as much. Mr. Bouchard is a consummate deal-maker – he says half jokingly that he hides from his wife on weekends to open his computer and look at targets. "I see so many possibilities I can't help myself," he said in a recent interview at company headquarters in Laval.

It is a predisposition he acquired at the age of 10, when his father's company went bankrupt. The family was forced to move from the Saguenay region to the Côte-Nord, where his father found work on a construction site. But every weekend he took his six kids in his old station wagon to look at possible shops or businesses to buy. "The only thing he wanted was to get back into business, and that left a lasting impression on us all. That is why I became an entrepreneur," Mr. Bouchard says.

The Couche-Tard founder started small. He first managed his brother's Perrette corner store in a Montreal suburb before rising through the ranks. Impatient with Perrette's slow management, he moved on to Provigo, but later quit to operate two Provi-Soir franchises he acquired. It is from those two "dépanneurs" that he built a network of 12,600 convenience stores that employs 80,000 people and spans the Americas, Europe and Asia.

"When you don't move forward, you are in a standstill. And when you are in a standstill, you move backward," he says. And yet Mr. Bouchard won't sign on a deal at any price. It took Couche-Tard two years to acquire the Ontario chain Silcorp, parent of Mac's Convenience Stores, in 1999. The retailer also refused to up its bid for Casey's General Stores, an Iowa chain that now trades for almost twice its 2010 share price. "We were too cheap," he now says with self-derision. Mr. Bouchard also missed out on the first acquisition he coveted in Europe, before Couche-Tard bought Statoil Fuel & Retail. "We made a low-ball offer for a U.K. chain, hoping to land in Europe on the cheap, and that didn't work out," Mr. Bouchard says frankly.

Couche-Tard won't change its habits when Mr. Hannasch becomes president in September. "There will be no sudden change in our direction," said the 47-year-old American executive who will move to Montreal in the fall.

The transition was worked so smoothly it looks seamless. Mr. Hannasch joined the company in 2001, when Couche-Tard made its first foray in the United States with the Bigfoot convenience stores. Since his appointment as COO in 2010, he has been the president in waiting.

And yet, a crack appeared Tuesday during Couche-Tard's conference call. Asked about the defensive measures the Parti Québécois proposes to give to Quebec companies that face hostile takeovers, Mr. Hannasch expressed his discomfort. "I am not a big fan of defensive tactics … To the degree they impede shareholder value, I am generally opposed to those," he said.

Mr. Bouchard was quick to weigh in with his view. Couche-Tard's board has not had the chance to address the issue, he indicated. "But personally, I think that boards should have more powers than they have now," he said.

The issue is not trivial for Couche-Tard. Mr. Bouchard and three long-time partners control the chain thanks to their multiple voting shares. As of July, 2013, they held over 68 per cent of the company's voting rights. But their shares, which have 10 votes apiece, will lose their multiple voting privileges in eight years because of a sunset clause that the four Musketeers, somewhat arbitrarily, set to go into effect when the youngest of them, Jacques D'Amours, reaches 65.

What will happen then is unclear. But that is when Couche-Tard's real transition will occur. 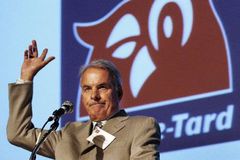 Why Quebec worries about takeovers – and nobody else does
February 25, 2014 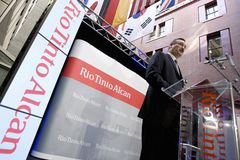 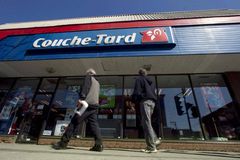 All eyes on Couche-Tard as another deal appears on radar
Subscriber content
January 9, 2014 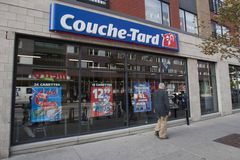