Canada's economy isn't at major risk even if Donald Trump follows through on threats to withdraw from NAFTA, said the heads of two of the country's largest asset managers.

The U.S. pulling out would be "just the prelude to another negotiation," said Sabia, the Caisse chief executive officer who before that was also a senior Canadian government official. Sabia's Montreal-based pension fund has more than $286 billion worth of assets under management, including a substantial portfolio in the U.S.

"We need to think about that in the context of making sure that we handle things in a way that we're well positioned for the subsequent negotiation," he said, adding that the two economies are too intertwined to not require further trade talks. He also noted the U.S. business community is largely opposed to the Trump administration's stance on NAFTA.

Canadian officials who spoke on condition they not be identified declined to say if the chances of Trump saying he will quit the pact are greater than 50 percent. A White House official, speaking on background, said there hasn't been any change in the president's position on the NAFTA.

People familiar with the negotiations also said late Wednesday that the U.S., Canada and Mexico are planning a seventh round of negotiations for February in Mexico City even as they focus on preparations for talks in Montreal in two weeks. The talks began in Washington in August and have rotated between the three nations every few weeks since.

Flatt of Brookfield, Canada's biggest alternative asset manager, said any pain from NAFTA tensions would be short-lived, adding there will probably be a new deal in the end. "For some businesses, yes, it's going to suck for a while. It will pass," Flatt said.

Tensions with Canada have spread beyond industries covered by Nafta this year, with the U.S. looking into allegations of unfair subsidies on dairy products and aircraft. The tensions worsened this week when it was revealed Canada had launched a World Trade Organization complaint over American duties. U.S. Trade Representative Robert Lighthizer called that a "broad and ill-advised attack."

Sabia said Canada's economy has options. "The future sources of jobs and growth in the Canadian economy are going to come elsewhere," he said. "It's not as though Canada is some baby seal waiting to be slaughtered. We're not." 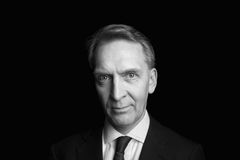