A branch of Health Canada allowed pesticides that it deemed as posing unacceptable risks to humans and the environment to be used on crops for several years, according to a federal audit.

The Pest Management Regulatory Agency (PMRA) also allowed growers to apply certain pesticides even though the manufacturer had not provided the regulator with all the required studies and risk assessments, Julie Gelfand, the Commissioner of the Environment and Sustainable Development, said in a report to Parliament on Tuesday.

Ms. Gelfand said the agency failed to cancel approval for pesticides that it determined as posing unacceptable risks , allowing them to remain on the market for up to 11 years to give companies time to eliminate their inventories or to let customers find alternatives.

"We concluded that the agency had not always acted in a timely manner to fulfill its statutory objective of preventing unacceptable risks to Canadians and the environment from the use of pesticides," Ms. Gelfand said.

In responses included in the report, the PMRA agreed with Ms. Gelfand's recommendations, including that the agency act promptly to stop the use of unsafe pesticides and maintain a public registry of a chemical's approved uses.

PMRA's mandate is to "prevent unacceptable risks to the health of Canadians and the environment," in accordance with the Pest Control Products Act. It approves – or conditionally registers – pesticides used on everything from corn to lawn turf and ornamental flowers.

Ms. Gelfand's report said a pesticide called phorate, which protects crops against wireworms, was deemed unsafe even in small doses and phased out on some crops in 2004. However, PMRA extended the deadline four times for use on potatoes until 2015, citing a lack of alternative chemicals. Ms. Gelfand said nine pesticides remained conditionally registered – meaning the maker had not submitted the required proof that they were safe – for more than a decade. Eight of these were neonicotinoids, a class of insecticide linked to the decline in bees, butterflies and other beneficial insects.

"These products continue to be used extensively in Canada despite widespread concern that they may pose a threat to bees, other pollinators and broader ecosystems," Ms. Gelfand said.

Ms. Gelfand said the agency has a mandate to re-evaluate pesticides after 15 years. It is doing that at a rate of 14 pesticides a year but there are six times that number that are backlogged and needing evaluation.

Nathan Cullen, an NDP member of Parliament, was critical of the practice of allowing conditional registrations, particularly when they continue for an average of five years and can last as long as 11.

"It's almost like using the public as a guinea pig," he told reporters in Ottawa.

"Today's report brings to light a number of crucial and incredibly alarming realities when it comes to the government's duty to protect Canadians and our environment," Mr. Cullen said.

Health Canada last week said it would end the practice of conditionally approving pesticides before all risk assessments have been submitted and reviewed.

Tim Gray, executive director of ecological group Environmental Defence, called this a step in the right direction, but warned that more needs to be done to protect Canadians and the environment. "Some pesticides are known to cause cancer in humans, and neonic pesticides have been shown to play a major role in bee die-offs, which threaten Canada's food security," Mr. Gray said. 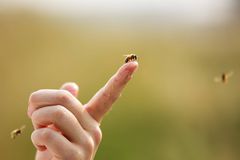 What’s the best way to remove pesticides from fruits and vegetables?
November 9, 2015 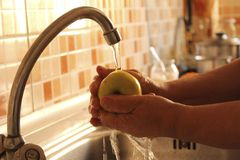 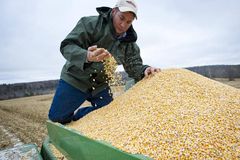 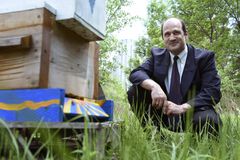 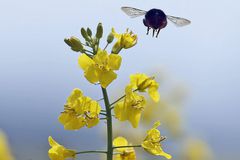 Follow Eric Atkins and Shawn McCarthy on Twitter @ericatkins2 @smccarthy55
Report an error Editorial code of conduct
Due to technical reasons, we have temporarily removed commenting from our articles. We hope to have this fixed soon. Thank you for your patience. If you are looking to give feedback on our new site, please send it along to feedback@globeandmail.com. If you want to write a letter to the editor, please forward to letters@globeandmail.com.
Comments