The U.S. grain industry says high-speed computerized traders are disrupting their markets, but grain exchanges and regulators have no quick fix for the concerns, according to grain industry officials and traders.

The dispute, which pits grain companies at the Chicago Board of Trade against speculators armed with algorithms and super-fast data feeds, echoes protests seen in world stock markets in recent years as old-fashioned arm-waving traders have been replaced by electronic matching of bids and offers on screens.

Grain hedgers are sounding the same alarms as other traditional "buy and hold" investors against the new "high frequency traders" (HFT), who dart in and out of markets at lightning speed, narrowing bid-ask spreads and providing liquidity but creating, critics say, dangerous and unnecessary swings in prices.

"There are a lot of people on the commercial side who say that we've gone astray," said Diana Klemme, vice-president at Atlanta-based Grain Service Corp., which advises grain hedgers. "We don't want to get markets so erratic and potentially irrational that people say 'I can't be in this.'"

From the "flash crash" of Wall Street stocks in May 2010 to the sudden loss of $460-million (U.S.) in a software glitch at Wall Street market maker Knight Capital in August 2012, the role of high-speed traders has drawn greater scrutiny.

But after a sharp drop in oil futures prices in a few minutes on Sept. 17, Commodity Futures Trading Commission chairman Gary Gensler said last month that he will soon issue a "concept release" of new rules for HFT in commodity markets. That is meant to invite public comment and start down the road to possible new regulations.

Grain traders are eager to have their say.

"Our members would pose the question: What is the purpose of agricultural futures markets?" said Todd Kemp, vice-president at the National Grain and Feed Association, which represents more than 1,000 grain handlers and processors. "Is it to allow high-frequency traders to make a quick buck by betting which way markets will move immediately following report releases? Or is it to facilitate price discovery for agricultural commodities and to help commercial hedgers manage their risk?"

CBOT's parent, CME Group, and its rival, the all-electronic Intercontinental Exchange, say grain markets are evolving and HFT is a healthy part of the growth.

"HFT traders are present in all electronic markets and are an important source of liquidity and market continuity. They provide price discovery where other traders may be reluctant to do so," said ICE spokeswoman Brookly McLaughlin.

ICE introduced grain futures in May to compete with CME's, with little effect so far on CME's dominant grain-market share. But it is CME that is the focus of HFT's grain critics.

On the one hand, CME says it must compete with ICE for the HFT traders who bring greater trading volume – and fees for CME profits.

On the other hand, grain hedgers like ADM or Cargill Inc., or ethanol plants, also bring great volume. But price spikes from HFT buying, for instance, can mean costly margin calls for such "short" hedgers. Volatility in thin nighttime markets can also trigger stop-loss orders that hit hedger positions.

Bryan Durkin, CME Group chief operating officer, said in an interview that the exchange will address NGFA concerns. But he also emphasized that higher volume is a virtue.

"Liquidity is the best defence against disruptive markets. We want to make sure that people understand that algorithmic and high-frequency traders provide liquidity to these markets," Mr. Durkin told Reuters. "Our markets have never been deeper, more liquid, tighter and more cost effective."

Grain trader complaints about HFT centre on two issues: speed of market access and order execution. They say HFT traders disrupt price discovery by flooding CBOT corn or soybeans or wheat markets with bids and offers, often cancelling orders as quickly as they are made – in the blink of an eye.

"The high frequency trader is constantly putting orders in and cancelling it without the intent to trade," said grain analyst Roy Huckabay at Linn Group in Chicago. "It's not unusual for him to put in an order to buy 5,000 December corn and cancel as soon as one is filled."

Grain traders say such erratic trading – referred to as "banging the beehive," "quote stuffing" or "gunning for stops" – prevents farmers and hedgers from filling orders at desired prices and slows transactions at more than 7,000 grain elevators across the United States.

"We have surveillance mechanisms in place to look for that kind of activity," he told Reuters. "If we identify it, we pursue it."

James Overdahl, a former SEC and CFTC economist and an adviser to the Futures Industry Association's Principal Traders Group, said HFT is a "natural evolution of the market" and electronic audit trails of trades strengthen accountability and transparency, both winning arguments for regulators.

"Many of these people are performing a market-making function and they are looking to go where the spreads are the widest. Apparently they are seeing those opportunities in the grain market," Mr. Overdahl said.

One trader at a Chicago-based HFT trading firm who declined to be named said the lightning speed of HFT was so mind-bending that grain firms simply need time to evolve new routines.

Headlines now take anywhere from a 10th to a quarter of a second (100 to 250 milliseconds) to hit screens of a news agency like Reuters or Dow Jones. But super-fast "low latency" data feeds move at speeds of 10 milliseconds or less, triggering immediate machine matching of trades – even before a headline can be read.

"It is giving a perception of a problem when there probably isn't a problem," the trader said.

Despite such arguments, HFT critics say the new players must have better oversight. Mr. Gensler last month suggested, without elaborating, that more "pre-trade filters" and testing and registration of HFT trading programs might be considered.

Grain firms like Cargill also want an evaluation of the collateral amounts put up by HFT firms to trade derivatives. Hedgers say many of the high-speed traders avoid holding overnight positions and thus face minimal CME margin requirements compared to grain firms that need to stay hedged to secure bank lines of credit.

On Oct. 11, a total of 863 Dec corn futures traded three seconds before the USDA's monthly crop estimates, triggering suspicions that HFT traders had obtained leaked USDA data. USDA officials denied any leaks occurred from its "lockup" room, where journalists write stories ahead of each report under strict surveillance by guards.

CME refuses to suspend trading, citing ICE's refusal to do the same. NGFA is expected to keep arguing for such a pause. But many grain industry veterans expect no change unless CFTC orders it.

"CME and ICE that run these contracts are interested in one thing: volume," said Joe Christopher, a long-time grain merchant at Crossroads Co-op in Sidney, Neb. "They have a bottom line and stockholders to answer to. It's not the same climate that you had when the members owned the exchange and ran it basically to suit their commercial customers' interest. It's the funds and traders. They are the new commercials on the block." 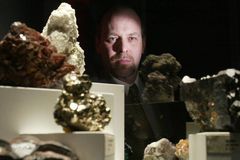 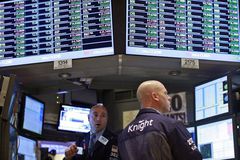 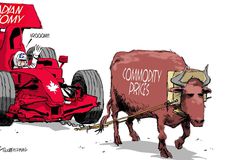 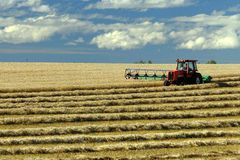