It was while his wife was pregnant in 2002 and they encountered a problem that Brendan Frey's long-standing work with deep machine learning became personal for him.

The couple had been told that the fetus had a genetic problem. However, the counsellor who delivered the news was unable to shed any more light on the issue, only that it either would not be a problem, or it would be a very big one.

Though the experience was a harrowing one, it also proved to be a light-bulb moment for Dr. Frey. He realized that he could harness deep learning, an artificial intelligence function that uses algorithms to mirror the interconnected neural networks of the brain, to identify patterns in genetic data.

"I'd come to appreciate the power of deep learning and how these neural networks could be trained to understand the data," he says. "I thought I should really use that to change society."

That renewed focus ultimately led him to found Deep Genomics in 2015, based out of Toronto's MaRS Discovery District, to invent new technologies that can predict what will happen within a human cell when that body's DNA is altered.

As other companies across Canada take deep learning in multiple directions, our country is building on an expertise developed in the 1980s that has exploded in recent years. But even as we become more widely known for that expertise, it is a struggle to build commercial ventures domestically and keep experts at home, those watching this space say.

Salim Teja, the executive vice-president for ventures at MaRS, says there are different hubs emerging across the country in this sector, from Montreal and Toronto in the east to Edmonton in the west. He adds that almost every company he sees at MaRS is looking at leveraging machine or deep learning in some way.

In Toronto in particular, he says the city is a hotbed of talent in terms of researchers and experts in the field, which has resulted in several ventures. That has led to large technology firms, such as Uber or Apple Inc., actively looking at the Toronto area for talent, as well as to engage with the AI ecosystem in the city.

"I think that there has been a growing strength for Canada overall across the country," Mr. Teja says. "Now our challenge is: Can we turn that into a global brand that can make Canada a destination of choice for people looking to develop expertise in this area?"

The country's growth in this area began with academic research, he says, which was funded by organizations such as the Canadian Institute for Advanced Research (CIFAR), founded in 1982 to enable specialists to collaborate and develop ground-breaking ideas.

One pioneer in the machine learning field attracted by CIFAR was Geoffrey Hinton, an internationally renowned computer scientist and cognitive psychologist who now splits his time between working at Google Inc., as well as lecturing as a professor in the computer science department at the University of Toronto.

In 2004, Dr. Hinton and colleagues used funding from CIFAR to launch the Neural Computation and Adaptive Perception program, and do research at at the University of Toronto on creating computing systems that work along the lines of the human brain.

CIFAR continued to fund the neural-computation approach while many scientists had given up on it in favour of conventional artificial intelligence. What is now called deep learning evolved from those efforts.

"Often it takes years and years of toiling before you reach that breakthrough and if we didn't fund that basic science and research I don't think we'd have the major breakthroughs that we have today," Mr. Teja says.

Daniel Mulet, associate director at the Creative Destruction Lab at the Rotman School of Management at the University of Toronto, says, "Public-sector funding for very advanced and fringe research, long-term support for those kinds of things has allowed very far-out ideas to be developed and incubated within academic institutions in Canada."

He adds: "What that has done is create a critical mass of world-leading scientists and researchers who are at the forefront of science."

Rank Software Inc., a Mississauga, Ont.-based cybersecurity company, was established in 2013 to use deep learning to examine sequences of good online behaviour compared with malicious behaviour to extract patterns that could help combat online security breaches.

Having gone the startup route themselves in the AI sector, those in charge at Rank say that Canada's recent investment in labs that allow students to experiment is a crucial step on the country's road to success.

"There are a lot of incubators now flourishing in Canada," says Mohan Rao, the chief technology officer at Rank. "You have Ryerson's DMZ [Digital Media Zone], MaRS, you have IBM, who set up an incubation lab. This is actively allowing people when they're still students to try out their ideas in real industry environments."

And in the federal budget, the government announced $125-million toward an artificial-intelligence strategy.

While Canada has a reputation as being among global leaders in AI, Dr. Hinton and others argue that critical mass, such as significant funding toward building an institute where researchers and industry can collaborate, is needed to keep and build machine-learning expertise in Canada.

In fact, Canada generally has a problem keeping technology expertise in the country. Startups are often snapped up by larger foreign businesses, and talent hired by companies outside the country.

Shopify Inc., a Canadian e-commerce company based in Ottawa, is one of the Canadian technology companies that remains in Canada. It launched in 2004 and went public in 2015, reporting revenue growth of about 90 per cent last year over the previous year.

Satish Kanwar, Shopify's vice-president of product, says the country's reputation as a supporter of innovation and entrepreneurialism is strong and growing like never before, citing the Toronto-Waterloo tech corridor as a shining example of this. However, he cautions that work still needs to be done to maintain that momentum.

"We need to ensure that we're incentivizing tech companies to not only build their business here, but to stay here as they grow," he says. "Access to capital, talent, corporate partners and government support is crucial for startups.

"For the innovation economy to reach its full potential in Canada, we need to have more companies headquartered here and contributing to this ecosystem." 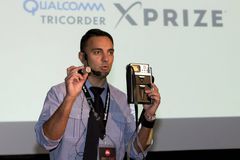 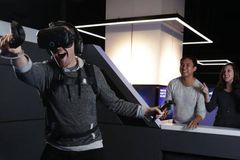