Two of Canada's most famous hotels – Toronto's Royal York and the Hotel Vancouver – have been put up for sale by Quebec's giant pension plan, the Caisse de dépôt et placement du Québec, which is moving out of the lodging business.

The hotels, both managed by Fairmont Hotels and Resorts, date back to the glory days of the railroad and were once among the most impressive in the world. The Royal York opened in 1929 after the Canadian Pacific Railway decided it wanted to build the largest hotel in the British Commonwealth. When it opened, the opulent venue had more than 1,000 rooms and rose up 28 floors, making it the tallest building in the Commonwealth. The Hotel Vancouver opened in 1939 just in time for a visit by King George VI and Queen Elizabeth.

The Caisse, which manages nearly $300-billion in total assets, has been unloading a number of high-profile hotels in recent months as it steps away from what is considered the riskier side of the real estate business. Last year the plan sold the Chateau Laurier in Ottawa and it has put the Empress in Victoria up for sale. It has also sold more than a dozen properties in Europe and the United States.

The pension plan's real estate division, Ivanhoe Cambridge, now owns about 10 hotels, down from a peak of 70 a few years ago.

The Caisse won't be letting go of two Quebec icons; the Queen Elizabeth hotel in Montreal and the Château Frontenac in Quebec City, which is undergoing a $70-million renovation. The plan's mandate includes contributing to the Quebec economy and it tends to keep a significant number of investments in the province.

The cost of maintaining historic properties has been soaring and the pension plan had been mulling whether to sink more money into the Royal York and Hotel Vancouver for a while. "They're phenomenal assets, hugely challenging because the capital required is immense, but you just know that something special could and should happen," Daniel Fournier, Ivanhoe Cambridge's chief executive, said in an interview last year.

On Thursday, company executive Sylvain Fortier confirmed both will be sold.

The change in ownership could lead to significant alterations at the properties, although they will almost certainly continue to be run as Fairmont hotels. Fairmont's contract to operate both runs for several decades and the company will play a role in choosing the buyer.

"Ownership changes are not uncommon in the lodging sector and [Fairmont] has supported other properties through this process, ensuring a seamless transition of operations between owners," a Fairmont spokesman said.

CPR owned a string of luxury hotels across Canada for decades shortly after its founding in 1881, including the Hotel Vancouver and Château Frontenac. In 1999, Canadian Pacific's hotel business bought Fairmont and adopted the hotel brand. It was reorganized into Fairmont Hotels & Resorts Inc. two years later and that company has chosen to concentrate on managing hotels rather than owning them.

Ivanhoe bought its portfolio of Fairmont hotels in 2007, just before the financial crisis hit and curtailed travel and tourism. It has since written down the value of the properties on its books. "Honestly, [the sale] is not going to be our best return, simply because we bought in '07," said Mr. Fortier. "Anybody who would pretend that they made a great return buying something in '07 would either be lying or lying."

He said Ivanhoe has done work to renovate or upgrade more than 200 rooms in the 1,363-room Royal York, and also decided to do some work on the lobby level of Hotel Vancouver before selling it.

Hotels are considered a risky asset class because travel can be volatile. The Royal York and Hotel Vancouver are in sought-after locations but the new owners will have to decide how much money they want to invest to lure more business. "For Vancouver we know a lot of Asian investors are looking, and for Toronto we expect some European and American money looking, so it will be an interesting dynamic," Mr. Fortier said. 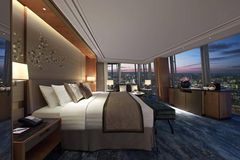 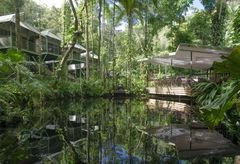 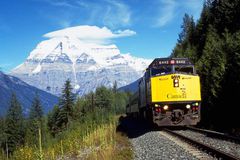