No Canadian National Hockey League team has won the Stanley Cup since the Montreal Canadiens hoisted the cherished chalice in 1993.

Anthony Morra is hoping that run of futility continues for at least one more year.

Specifically, he’s hoping that the Washington Capitals, recent winners of the Presidents’ Trophy as the top seeded team going into the playoffs, can finally win a first championship in franchise history.

But Mr. Morra is no mere fan. As the chief executive officer of Bladetech Hockey Inc., a Toronto-based business that invented a “spring loaded” hockey blade that recoils to provide more power in each stride, Mr. Morra says that about 15 of the 20 skaters on the Capitals are using his blade. As he notes, the opportunity of seeing that team skate the Cup around the rink largely on his skate blades would be just about the ultimate validation for any hockey equipment business. 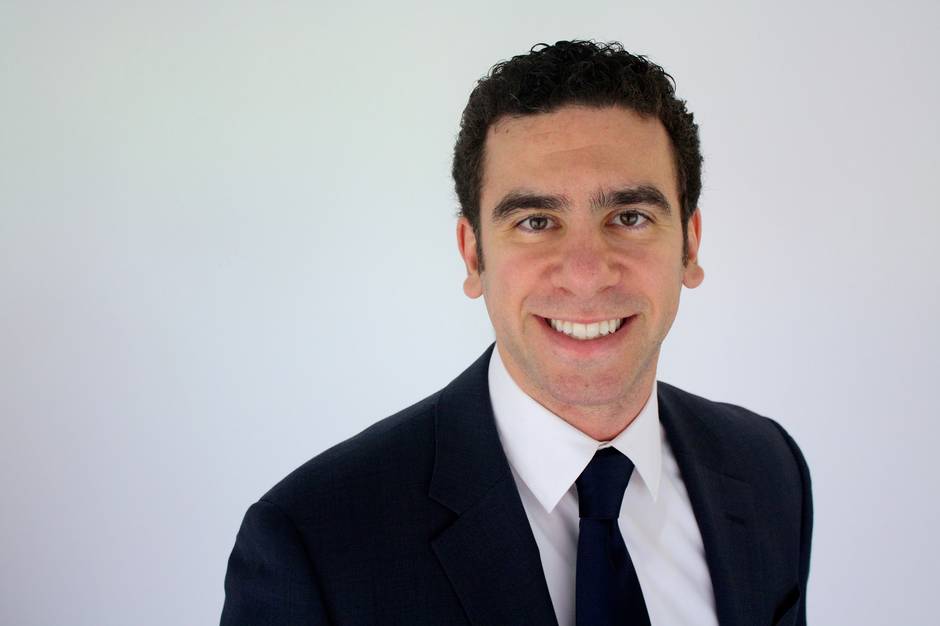 Anthony Morra is chief executive officer of Bladetech Hockey Inc., a Toronto-based business that invented a “spring loaded” hockey blade that recoils to provide more power in each stride. (Photo courtesy of Bladetech)

Founded in 2013 with his business partner, Jeffrey Azzolin, a former mechanical engineer, Bladetech Hockey finally hit the market with its unique Bladetech Burner blade just over a year ago. The skates retail from $140, and the company now has about 35 NHLers using its product on nine different teams.

But while hockey is still very much Canada’s game, the reality is that for any small, niche business, the United States represents a rich opportunity to grow a brand and improve market infiltration, and that reality was no different for Bladetech.

Knowing that they had a very small company that nobody had heard of, Mr. Morra and Mr. Azzolin felt that the best way to put their product on the map was to put it in the hands of the people who spend most of their time with professional hockey equipment: the teams’ equipment trainers.

After getting NHL approval as well as a patent for the technology, the pair went to a hockey convention in Nashville last summer where all the equipment managers from all the leagues gather to network and compare notes. That’s where things started to take off.

“The biggest challenge is everybody is hyper critical and super skeptical, especially about a new technology from a couple of guys that nobody knows,” Mr. Morra says. “… They’re professionals working at the highest level, the guys that we’re dealing with in the States, so they need to know it works.”

While Canada is still a priority as a market, with the company starting to expand into retail stores nationwide, Bladetech is also looking a little further afield, and aiming to expand its efforts into northern hockey-savvy states such as Minnesota and New York in the next year. 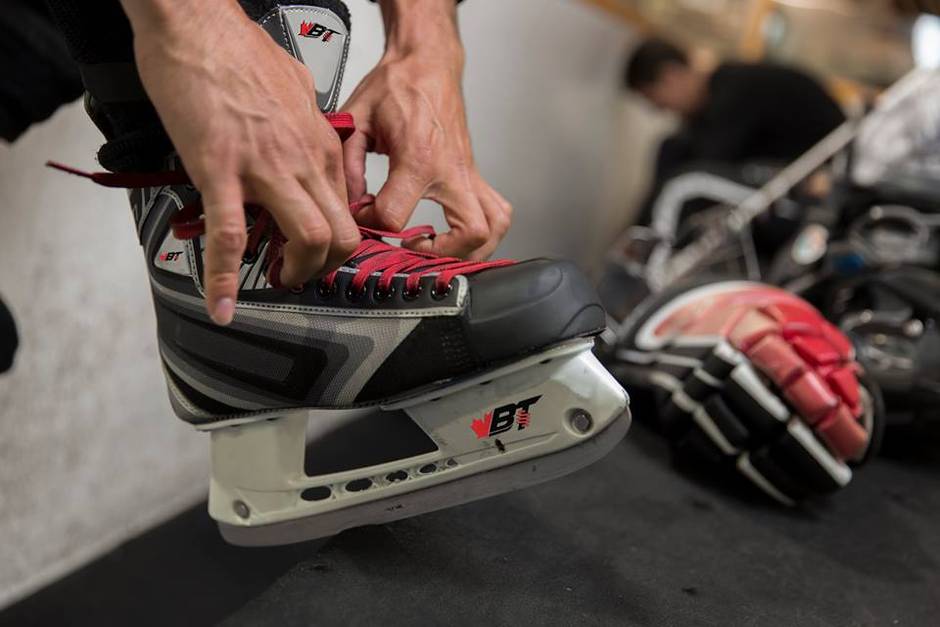 Knowing that they had a very small company that nobody had heard of, co-founders Anthony Morra and Jeffrey Azzolin felt that the best way to put their product on the map, here and in the United States, was to put it in the hands of the people who spend most of their time with professional hockey equipment: the NHL teams’ equipment trainers. (Photo courtesy of Bladetech)

“Proximity-wise those are close, so easier to manage,” Mr. Morra says. “So that’s a natural next step for our export [strategy].”

For any Canadian export company, having a targeted growth strategy is a necessity, experts say. Like Bladetech, BioSteel Sports Nutrition Inc. started off as a small company. Its sugar-free, all-natural sports drink is marketed as a healthy alternative to mass-marketed beverages such as Gatorade.

In the United States, BioSteel retails in niche places such as hockey stores, baseball shops and some health-food outlets.

Much like Bladetech, which is trying to co-exist with big hockey manufacturers such as Bauer Hockey Inc., BioSteel is going up against the likes of beverage behemoths.

To survive, BioSteel co-founder John Celenza says it is important for small Canadian companies to stay the course with what got them to where they are today.

“Stay true to your offering and to your story because the second you deviate from that, you’ll be eaten alive,” he says. “The only way in my industry or in the industry you’re speaking of is to have a better offering and to educate the consumer as well as you can.”

From there, he adds, a company will be able to grow its distribution as word of mouth about the benefits of the product becomes the most effective form of advertising. While Bladetech may be pinning some of its hopes for awareness on the success of the Capitals, BioSteel has a stable of top athletes who endorse its products, such as NHL scoring champion Connor McDavid, or reigning NFL rookie of the year Ezekiel Elliott of the Dallas Cowboys.

Mr. Elliott was an unknown quantity who burst onto the U.S. sporting scene clutching a bottle of BioSteel.

“We kind of got associated with some of that success,” Mr. Celenza says. “The better he does, the more media hits he gets and the more people see our brand, so that definitely resonated into sales calls, and with sales calls come sales.”

A key step a small Canadian company should take to penetrate the larger U.S. market is pinpointing the unique value they can have for customers, experts say.

“One of the most important pieces for these niche products is that they need to really clearly identify how their product is solving a problem,” says Steve Callaghan, the regional vice-president for Ontario at Export Development Canada (EDC).

However, Mr. Callaghan says it can be difficult for some small Canadian businesses to develop strong connections in a target market unless they have a presence there. So he suggests recruiting sales people locally.

To find the right connections, whether they be retailers, or sports teams or others that resonate with the target consumer, there are systems in place to help Canadian companies.

The Canadian Trade Commissioner Service has staff based regionally in the United States and is often a good place to start, and many states have their own development organizations that put on regular events, allowing for networking within a given market. In addition, the Trade Accelerator Program through the Toronto Region Board of Trade, for example, is another organization that can help small companies devise a smooth market entry plan.

Robert Pelletier, EDC’s chief representative in the United States, says contacting the consulate in whichever market a company is targeting is often a good first step.

“I typically direct companies to them, because they might have a good database of companies, distributors, sales people that they trust and have got good feedback on,” he says.

While economic and trade uncertainty still prevails with regard to the future of the North American Free Trade Agreement, Mr. Pelletier says that Canadian companies are still dealing from a position of strength. Citing a continued need for innovative, efficient products, as well as the lower loonie and continued regulatory harmonization with regard to consumer goods, he says smaller Canadian companies can continue to punch above their weight south of the border.

But being smart about their growth strategy will always be an effective game plan.

“It’s important to be ambitious, but at the same time, if you’re small, focus where you can win,” Mr. Pelletier says. “If you have an innovative, value-added product, the market will be there, regardless of the size [of the company].”