Shareholders in Home Capital Group Inc. have resoundingly rejected Warren Buffett's bid to boost his stake in the mortgage lender, which must now try to rebuild its fortunes without additional support from its star investor.

Almost 89 per cent of shareholders voted Tuesday to reject a proposal that would have allowed Mr. Buffett's firm, Berkshire Hathaway Inc., to almost double its stake in Home Capital to 38.4 per cent.

Berkshire is already the alternative lender's largest shareholder but was seeking to buy a second tranche of shares at the deeply discounted price of $247-million.

Exclusive: Buffett on how he struck the Home Capital deal

The decision to turn down further investment from Mr. Buffett cost Berkshire an immediate paper profit of about $90-million, as the shares it had planned to buy were already worth $337-million, based on Monday's closing price.

But the vote can be interpreted as a signal that Home Capital's shareholders are feeling better about the company's financial stability. Since Mr. Buffett's initial investment in June, when he struck a deal to buy $153-million in shares at a bargain price, the company has shown signs of progress and has been attracting money from depositors again.

Most shareholders saw no reason to further dilute their own stakes.

Yet, Home Capital still faces an uphill battle as it aims to rebound after surviving a brush with insolvency and a run on its deposits this year.

With Berkshire blocked from solidifying its position as a cornerstone investor, Home Capital must now rely on the stability of its own funding sources to begin rebuilding its diminished mortgage business.

"This meeting marks the end of an eventful chapter in the corporation's history," Brenda Eprile, chairwoman of Home Capital's board of directors, told shareholders. "To me, this decision on the second tranche is a clear message that the majority of our shareholders believe that Home Capital's improved deposit in-flows and liquidity position diminish the need for additional capital."

Home Capital has a new chief executive officer, Yousry Bissada, who arrived in early August; a new chief financial officer, Brad Kotush; and a refreshed board of directors. Under their direction, the company is trying to strike a delicate balance: bringing down its funding costs while still attracting the deposits it needs to gradually increase the flow of new loans it underwrites.

But the vote's outcome defied Home Capital's own board, which had agreed to sell Mr. Buffett a second block of shares, subject to a vote. The board unanimously recommended selling the second tranche, arguing it would validate Mr. Buffett's backing, enhance Home Capital's stature in capital and deposit markets and provide extra liquidity.

Neither Ms. Eprile nor Mr. Bissada were available for interviews.

About 50 people attended the subdued, 24-minute meeting in a downtown Toronto convention centre. When the result was announced, one individual shareholder in the room, Harry Houtman, exclaimed: "Wow, great!"

Less than three months earlier, shareholders had reacted with similar relief after Mr. Buffett arrived on the scene of a crisis.

When Berkshire Hathaway agreed to acquire $400-million of Home Capital's shares at discounted prices, the hastily negotiated deal was structured in two tranches. The first, for $153-million or $9.55 a share, gave Berkshire an almost 20-per-cent stake. Berkshire also collects a fee for providing Home Capital with a $2-billion standby credit line.

Mr. Buffett's name served as a key seal of approval, giving depositors greater confidence in the company. Since his initial investment, the flow of money into its guaranteed investment certificates has returned to more normal levels, and the company is now lowering the generous interest rates that were used to attract deposits.

"This company was in real trouble, and Berkshire stepping in – providing liquidity, making an investment in the stock – arguably saved the business," said Jim Shanahan, an analyst at Edward Jones & Co. who covers Berkshire Hathaway.

The provisional second tranche of shares, negotiated as part of the original deal, would have cost Mr. Buffett only $10.30 a share – a 27-per-cent discount to Home Capital's share price of $14.08 at Monday's close on the Toronto Stock Exchange.

This second investment faced opposition from the start. Some analysts had already priced a no vote into their estimates. And the influential proxy advisory firm Institutional Shareholder Services Inc. recommended that shareholders vote against the deal. (Another firm, Glass Lewis & Co., sided with Home Capital's board.)

Even executives at Berkshire were well aware the second tranche was never a sure bet. In June, Mr. Buffett told The Globe and Mail: "We hope the shareholders vote yes, but if they vote no, you know, we'll be going ahead with everything we promised to do."

A Berkshire Hathaway executive declined to comment on the vote.

It remains to be seen whether Berkshire's long-term interest in Home Capital could be diminished now that it has a lesser stake in the company's future.

"Since it's small, will they stay with it?" Mr. Shanahan said. "This could be a long, slow recovery in the stock price going forward, and there just may be more attractive opportunities out there for Berkshire at some point."

Why investors are getting a sweet deal if they buy Home Capital shares now Subscriber content
September 10, 2017 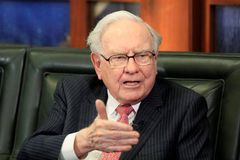 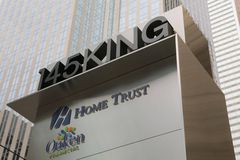