For more than two years, it has been widely accepted that Hootsuite is one of Canada's very few unicorns – startups worth at least $1-billion (U.S.). Turns out it was never worth that much.

Hootsuite Media Inc., whose software helps businesses manage their social media accounts and advertising campaigns, raised $60-million at a reported valuation of $1-billion in September 2014. In fact, the true valuation was between $700-million and $750-million, according to people familiar with the matter.

Hootsuite and its investors have never publicly contradicted its unicorn status, which can help startups attract top-drawer talent and brings with it a hefty dose of free marketing. As Hootsuite approaches a potential initial public offering, it'll need all the positive publicity it can get.

Before publication, a spokeswoman for Hootsuite declined to comment on the company's valuation or its status as a unicorn. After the story was published, chief executive officer Ryan Holmes said on Twitter that "Hootsuite is definitely north of 1b today."

The term unicorn became a buzzword at the end of 2013 after venture capitalist Aileen Lee used it to describe the kind of billion-dollar exits the biggest venture funds now needed to justify their size. Lee found 39 so-called unicorns that November. Over the next two years, as valuations ballooned and pension managers, sovereign wealth funds and private-equity investors chased venture capitalists into private tech, that number grew to more than 150.

Hootsuite's $60-million funding round and corresponding valuation were certainly large, especially by Canadian standards. And the company attracted some big backers, including Fidelity and the VC arm of the Ontario Municipal Employees Retirement System pension fund. Canadian journalists and politicians, keen to show that Silicon Valley-type success was possible north of the border, heaped attention on Hootsuite. The valuation, when translated into Canadian dollars, was closer to the billion-dollar mark anyway, so investors and executives left the unicorn label unchallenged, said one of the people, who requested anonymity discuss private information.

Valuations at private companies are based on whatever factors backers think are most important, and can differ widely from investor to investor. Fidelity, which led the $60-million round, has since written down the value of its investment in Hootsuite. Another investor in the round has kept its valuation around the same as it was at the time of the deal, one of the people said.

CB Insights, a popular resource for venture capital and startup data, has Hootsuite on its list of unicorns, one of only two Canadian companies to make the cut (the other one is messaging app Kik). Publications, including Bloomberg News, have cited CB Insights when calling Hootsuite a unicorn in the past.

Hootsuite's inclusion on the CB Insights list was based on a September, 2014, TechCrunch story that reported on the company's $60-million funding round, a spokeswoman for CB Insights said. That story isn't concrete about the valuation though, saying only "there are murmurs that it's now valued at around $1-billion."

The revelation reveals the limits of the unicorn moniker. The term has surpassed buzzword status and become an eye-roll inducing annoyance. Last April, influential venture investor Bill Gurley called the end of the age of unicorns in a 5,700 word essay, arguing the industry's obsession with high valuations was contributing to toxic deal terms.

Hootsuite is still one of Canada's most promising tech companies. It hit cash-flow positive last year and recently bought social media advertising tool AdEspresso and analytics company LiftMetrix. It's on a short list of Canadian tech firms considering going public in 2017, people familiar with the matter told Bloomberg in November.

Hootsuite hits cash-flow milestone – but an IPO not necessarily in the offing
Subscriber content
August 4, 2016 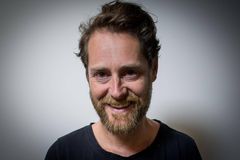 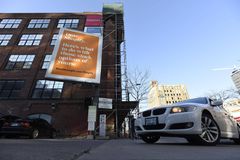 Canadian tech unicorn Hootsuite gets written down by Fidelity
March 2, 2016 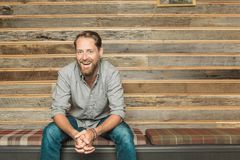 B.C. tech sector growing so fast it’s hard to measure size of industry
November 20, 2016
Report an error
Due to technical reasons, we have temporarily removed commenting from our articles. We hope to have this fixed soon. Thank you for your patience. If you are looking to give feedback on our new site, please send it along to feedback@globeandmail.com. If you want to write a letter to the editor, please forward to letters@globeandmail.com.
Comments