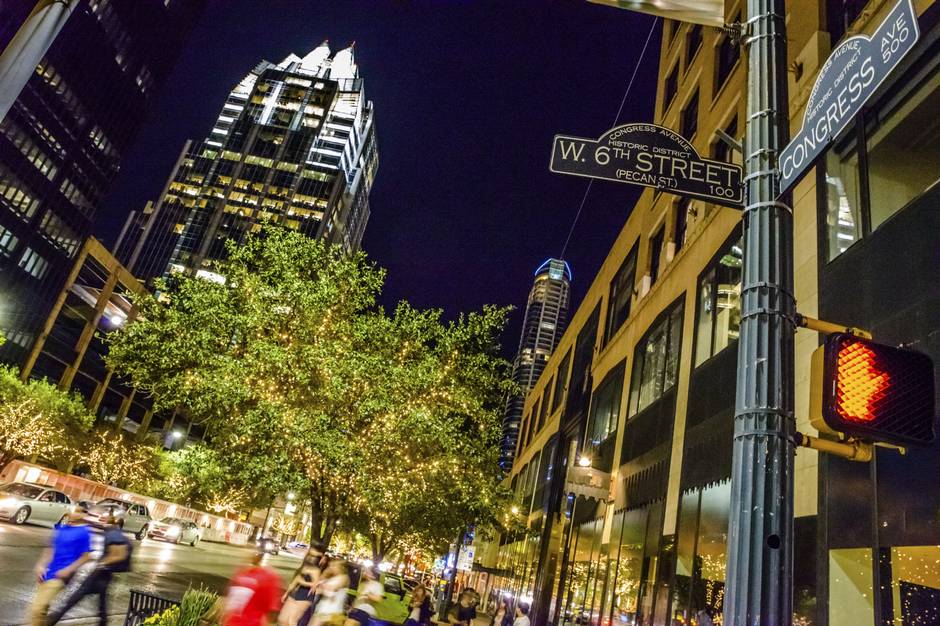 The 6th Street entertainment district in downtown Austin. The “Live Music Capital of the World” also aims to be one of the most sustainable cities in the U.S. (iStock)

The slogan “Keep Austin Weird” could easily apply to the Texas city’s real-estate market, too.

Originally a plug for local businesses, the motto on T-shirts and bumper stickers to keep it weird became a nod to Austin’s indie-ness (and has been copied in other cities such as Portland, Ore.).

But there’s a certain weirdness about Austin real estate as well, a unique consistency in the way the Texas state capital’s housing market has ridden so resiliently through the 2009 financial crisis and the recent drop in oil prices. 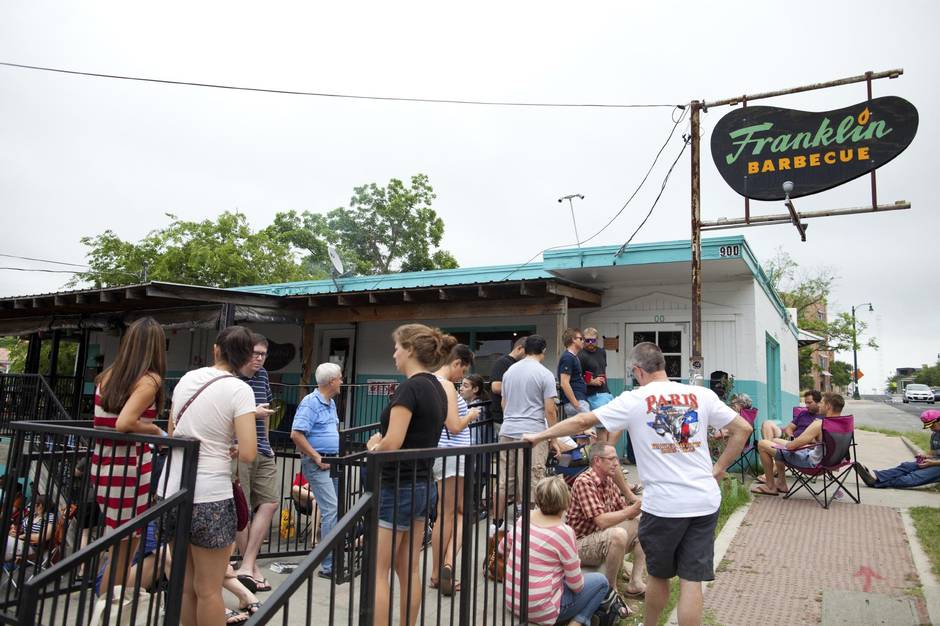 Home prices saw little downturn during the recession. And now, despite the state’s traditionally oil-backed economy, there’s been little of the oil shock and sagging real estate demand as seen in Alberta. In the first half of 2015, the total dollar value of single-family homes sold in Austin has risen 12 per cent compared with the same period last year. And property prices may well hit historic highs once again over the course of the year, according to the Austin Board of Realtors.

It’s as if Central Texas real estate has decided to fly its freak flag and buck the fluctuations seen in some other American regions, particularly those not on a coast.

Homes in Central Texas have more or less continued their price appreciation, which has historically been steady at around 4 per cent to 5 per cent annually, said Barb Cooper, the president of the local board of realtors and a real estate agent herself. Austin could be seen as an example of a thriving American alternative, prospering like a New York or a San Francisco, but on a different scale. 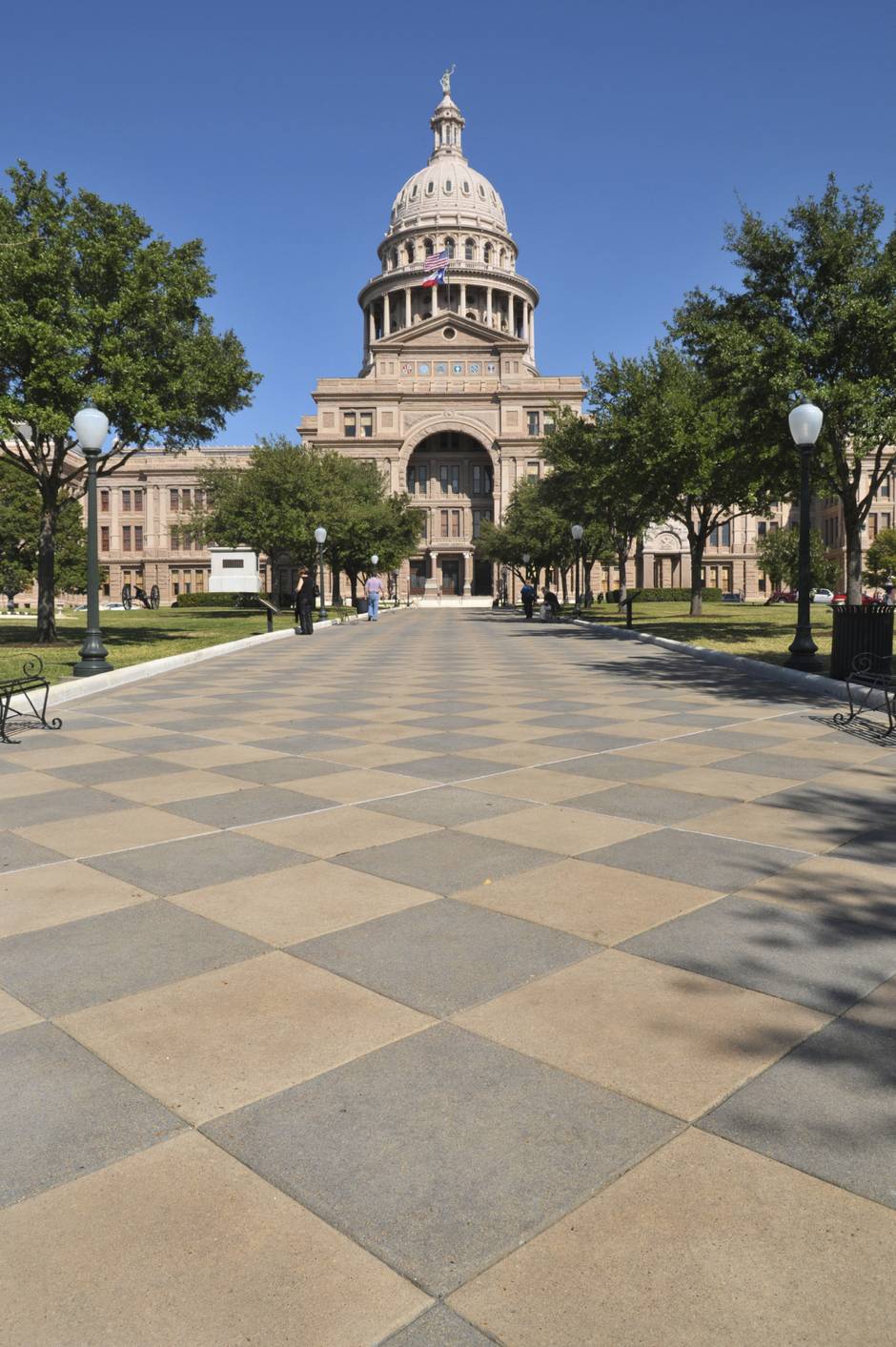 – Completed in 1888, the Texas State Capitol building is located in downtown Austin.

– Austin ranks as the 11th-largest city in the United States and the fourth-largest in Texas.

– With a population of 843,000, Austin is also the second-largest state capital in the United States.

– The city’s economic development authority has spearheaded approximately 7.2 million square feet (msf) of major redevelopment projects, and the downtown area is in the midst of an extensive refurbishment program.

The downturn in oil prices has been eased by Austin’s high degree of economic diversity, from its long-established high-tech and entrepreneurial sector (dubbed Silicon Hills) to the city’s large health-care sector, as well as the University of Texas and state-capital offices anchoring the local economy.

“We’re pretty diversified. We don’t have a huge amount of oil and gas [industry] in Austin, in the way that you would in Houston, where they are seeing an impact on their [home] sales,” Ms. Cooper said. “We’re not as affected by that as much in Austin.”

And the city is still relatively affordable. The average price of a single-family home was $334,000 (U.S.) in June, up 2 per cent from the same month last year.

Yet despite its comparatively lower prices, Austin has made a number of top 10 lists for overpriced real-estate markets. In June, Forbes magazine ranked Austin first in overvalued cities. Earlier in January, a market report by the online residential real-estate listings company Trulia, based in San Francisco, also ranked Austin as topping the charts for overvalued cities. It said that Austin was overpriced by 16 per cent – that is, property prices compared with local economic conditions such as price-to-income ratios.

Although Austin didn’t experience an inflated market prior to the 2009 downturn, prices have since risen relatively faster than many other markets, said Selma Hepp, chief economist at Trulia. “It just never had that bubble, and the bubble didn’t happen because of things very specific to Texas.”

This may have been partly due to the fact that Texas has various restrictions on home-equity loans. In other words, there are state rules restricting the ability to borrow money based on the value of one’s house. This is often cited as having kept the Texas housing market above water while other markets sank in 2009. Yet at the same time, Texas has relatively high property taxes, also perhaps adding a certain calming quality to the market.

The effect of property tax, though, is hard to generalize, given the wide difference in the value of individual homes and therefore the amount of taxes different owners pay, said Ms. Cooper of the Austin realtors’ board, who argued that the restrictions on home-equity loans had more of an impact, in a positive way. 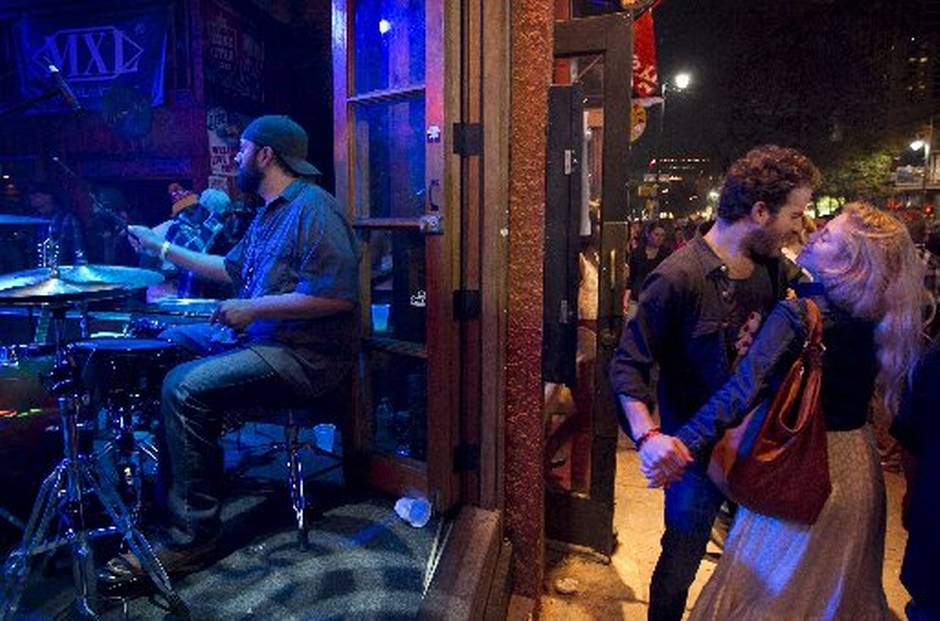 A couple from Brooklyn enjoys the music coming through the open window of The Bat Bar on 6th Street at the South by Southwest festival. (Jay Janner/AP)

Still, it’s possible to glean traces of a possibly overheating market. The hippest neighbourhoods, such as East Austin, just east of the downtown, is quickly drawing new owners and higher prices faster than certain services, such as better grocery stores and schools. There are still lower performing schools in the neighbourhood, said local realtor Peter Stiles of the Stiles Agency. 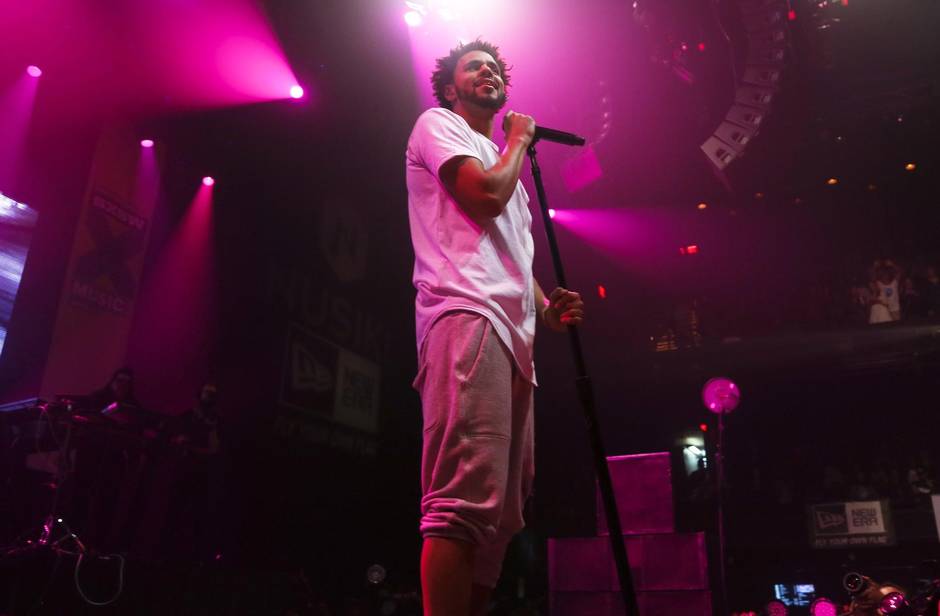 The question then is whether the fast price increases in some new, hip neighbourhoods will continue at the same pace. It also shows that a lot of the demand in a city such as Austin isn’t just about money. The city isn’t simply a cheaper Manhattan or Palo Alto.

It’s hard to put a price on the Austin charm of driving off the Mopac Expressway to visit the Pit Barbecue, an old institution for the BBQ-eatin’ crowd. Or to view the sea of bats pouring out from under the Congress Avenue Bridge on warm evenings. (Some estimates peg the amount of tourist revenue from bat-watching tourists at around $10-million.) 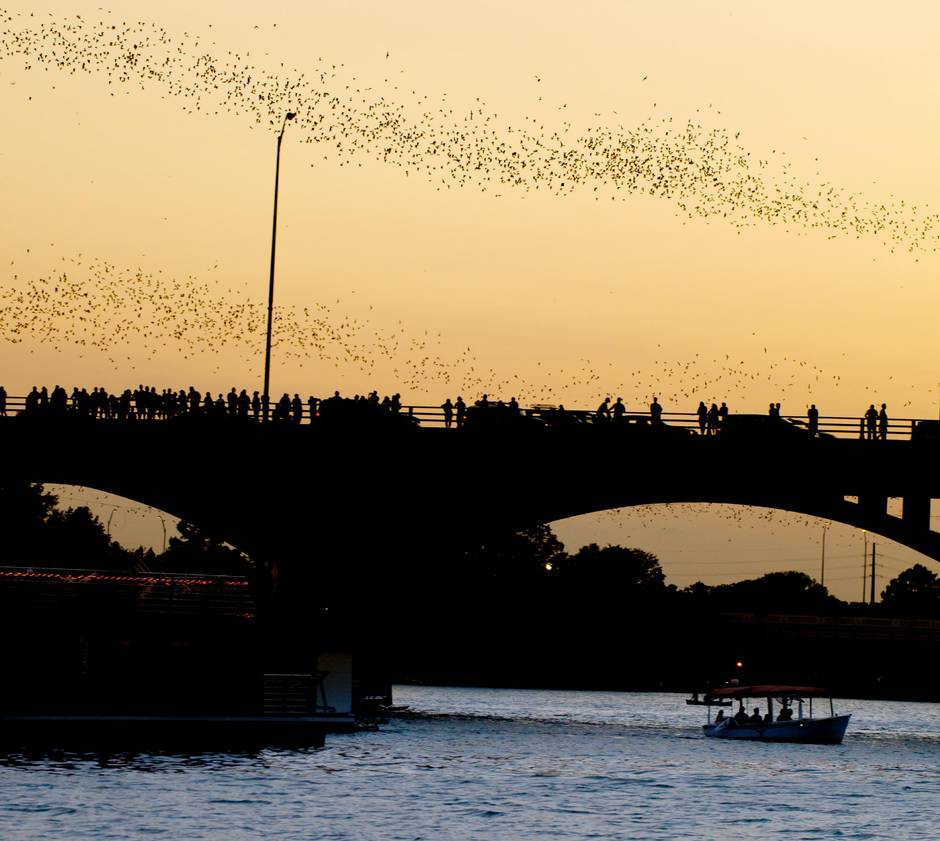 Nightly exodus of bats at the Congress Avenue Bridge. About 1.5-million Mexican free-tailed bats roost under the bridge just south of the Texas State Capitol. (iStock)

There’s also, of course, Austin’s slogan (yet another slogan) of being the “Live Music Capital of the World,” which has some truth to it, especially with the South By Southwest festival attracting world attention every March as the harbinger of new music worth listening to and media worth watching. But for all of Austin’s cosmopolitan and artistic sides, you can still search out an old Texan self-identity faintly in the air, more “Tehx-an” than “Ah-marikin.”

As realtors note, that’s the lure of a city that can’t be put into numbers.

“A lot of people are attracted to Austin because it’s not that humongous a place. It still feels accessible,” Mr. Stiles said. “And you’re sacrificing very little by moving here in terms of cultural stuff. There’s amazing music. There’s amazing food. There are amazing parks and so much outdoor space, and generally pretty awesome weather.”

The trick though is not only to understand the city and its charm compared with other American centres, but also the small differences. It’s about the charm of a city, but also the differences between neighbourhoods, such as the schools, the pace of gentrification and even the financial rules that many claim have kept Central Texas real-estate prices on a comparatively even keel.

“All real estate is local, but even in a city the size of Austin, it really is micro-local,” Ms. Cooper said. 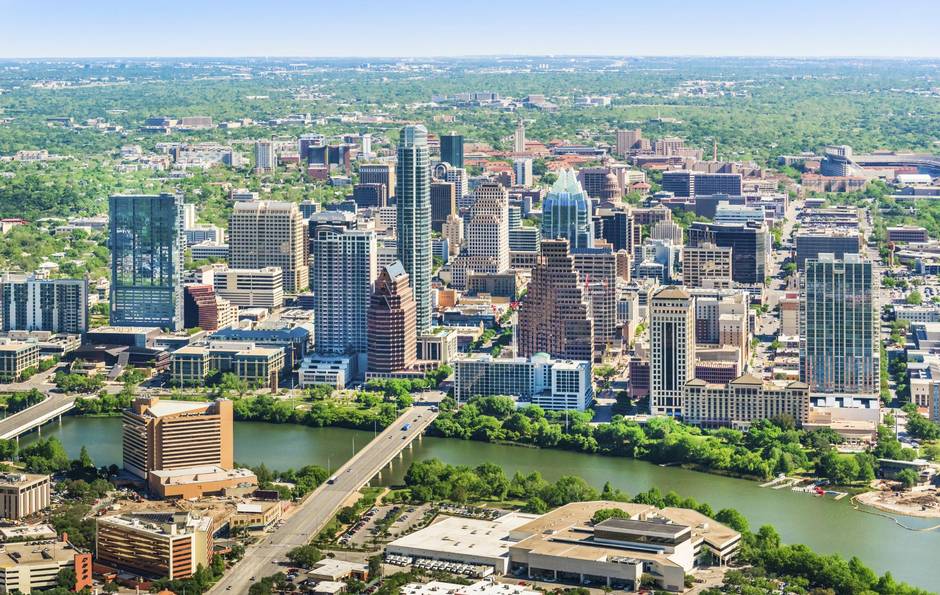 Aerial view of the Austin city skyline. (iStock)
Follow Guy Dixon on Twitter @Guy_Dixon
Report an error Editorial code of conduct
Due to technical reasons, we have temporarily removed commenting from our articles. We hope to have this fixed soon. Thank you for your patience. If you are looking to give feedback on our new site, please send it along to feedback@globeandmail.com. If you want to write a letter to the editor, please forward to letters@globeandmail.com.
Comments