Fifteen years ago, Burberry Ltd., the oh-so-British clothing firm, was largely considered a joke by fashion watchers and style mavens. Once a revered and historic retail brand, it had come undone.

D-list celebrities and soccer thugs were captured in newsstand photos stumbling out of bars and strolling down streets wearing the distinctive Burberry tartan. A sea of Burberry umbrellas opened on London streets on any rainy day. Customers could even cover their lapdogs in Burberry.

The label's growing reputation as a desperate, nouveau riche, down-market brand prompted one British style reporter to later write, "I didn't wear my scarf for years."

But then the unexpected happened. In 2006, Burberry hired Angela Ahrendts away from the fashion industry in New York to become chief executive officer. And the stagnant company found a way to ditch its checkered past and turn itself around by performing one of the retail sector's most successful business strategies: the pivot.

Twitter has done it. So have Nokia Corp. and Starbucks Corp. All have shifted their strategy at one time or another, whether from podcast networks to micro-blogs, or rubber products to cellphones, or coffee makers to lattes. The best pivots require keeping one foot on the ground while shifting in a new direction.

"Companies are pivoting all the time, but it's important to pivot in the right way," says David Soberman, a strategic marketing professor at the Rotman School of Management in Toronto.

For Burberry, that meant going back to its beginnings. The company had originally been known for its tightly woven trench coats, perfect for keeping Brits dry on drizzly days. They were high quality and serviceable but offered a bit of flair.

But at some point, the company decided to sell licenses to partners all over the world. They slapped the iconic Burberry check on anything wearable. And a fair amount that was not.

The trick was to make the trench the corporation's focus again.

During her first couple of years at the company, Ms. Ahrendts and her team bought back 23 licenses from these firms. Burberry also shut down design offices and factories in Hong Kong, New Jersey and Wales.

Ms. Ahrendts also gave creative control to a young and savvy designer, Christopher Bailey, whom she went on to call her "brand czar." As global design director, he would keep the brand pure. No more dog coats or polo shirts.

"I told the team, 'Anything that the consumer sees – anywhere in the world – will go through his office. No exceptions,'" she wrote in a 2013 Harvard Business Review article.

Taking control of the brand was imperative if they wanted to build it back up again to become synonymous with luxury and quality, Dr. Soberman says. It was also important that Burberry innovate, not by creating even more products but by scaling back and focusing on what it was traditionally known for: trench coats.

In fact, some of the best innovations come out of embracing constraints – in this case, being seen as a fusty, long-living outerwear brand – and working within them, he explains.

"It means a reduction in the scope of activities, but it also means you're returning back to what your comfort zone is," he says. "You can say, 'I'm being creative,' but creative within a constraint, versus, 'I'm going to start building Burberry cars.'"

While retail sales representatives learned new ways to talk up the coats by reinforcing their British-ness and authenticity, tasteful advertisements showcasing younger celebrities such as Emma Watson (Hermione of the Harry Potter films) pulled well-to-do millennials under their spell. Meanwhile, a new website told the story of the brand's history while selling products at nosebleed prices. Little girl's trench coats go for $995 these days.

The brand turnaround was complete the moment Catherine, the Duchess of Cambridge, was photographed at an event flipping pancakes in her Burberry coat.

By increasing prices and focusing on a small selection, the company was creating an "image of scarcity," Dr. Soberman says. You couldn't just pop down to the local department store to buy Burberry anymore. Online sales spiked, and the company started opening flagship stores in untapped ritzy neighbourhoods around the world. Beverly Hills, Calif., is a recent addition.

"The best thing you can do is find out where there are people who are willing to pay $1,000 for a raincoat and make sure that people in those areas have Burberry as an option," Dr. Soberman says.

Although market volatility has meant lagging growth recently, going back to its checked roots paid off for the company. Burberry is one of the most followed British firms on Twitter, with 4.6 million, and sales hit £2.5-billion (about $5-billion Canadian) last year, up from £1.5-billion in 2011. Fast Company named it the seventh most innovative brand in retail.

Ms. Ahrendts left Burberry to join Apple Inc. in 2014, but the results of her pivoting strategy are still felt today.

It's probably no accident that on Sept. 15, 2015, Apple revealed that it would be expanding its new music streaming service by partnering with Burberry, the first such pairing of its kind. The clothing retailer handpicks songs showcasing British singers and bands.

Birks gets cozy to appeal to a younger crowd
September 15, 2015 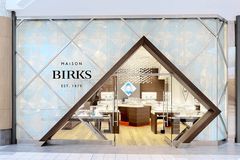 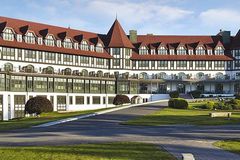 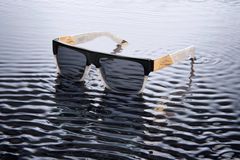 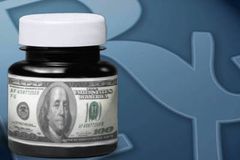