They flirted from a distance all summer. But for Lowe's Cos. Inc. and for Rona Inc.'s disgruntled shareholders, it was a missed rendezvous.

Lowe's desperately needs to expand its small Canadian house. Five years after opening its first stores in this country, it has only 31 big-box outlets – not enough to keep itself in the front of consumers' minds. Buying Quebec's Rona, with its prime locations, would have provided a quick fix to that problem.

Yet the two companies are no perfect match. While Lowe's relies on superstores, Rona's network is a mixed bag of corporate and franchised stores of all sizes, around 860 in total. It also includes 600 independent merchants, a quarter of whom are opposed to Lowe's acquisition. From the beginning, the $1.8-billion bid was fraught with opposition from within.

But that pales in comparison to the political storm Lowe's stirred in Quebec with its poorly-timed proposal.

Quebeckers have fought long and hard to regain control of the economic levers of power. So they are sensitive to who owns the businesses where they shop, and to where the goods are from. Few Quebeckers would have cared if an American company had come and swept away Velan, a world-class manufacturer of industrial valves with 1800 employees and a Montreal head office. But brand-name retailers like Rona are a different matter.

When the grocery chain Provigo was sold in 1998, Loblaw Cos. Ltd. had to promise to maintain its $2.6-billion in annual spending in Quebec for seven years, at the request of the Caisse de dépôt et placement du Québec, the province's biggest pension manager and a major Provigo shareholder. An independent accounting firm even verified the local purchases yearly.

Lowe's should have known the political sensitivities – just as it should have been aware that election rumours were swirling when it approached Rona's board with its $14.50 per share proposal in July.

The Boucherville, Que., company wasn't legally obliged to disclose this information. But it astutely did so on the eve of the election call, whose date had been widely known for days. This was no coincidence.

Trailing in the polls, the Liberals could not afford to be upstaged by the Parti Québécois and the new Coalition Avenir Québec, whose leader, François Legault, has been denouncing the loss of head offices since Alcan was bought by Rio Tinto in 2007. And the Liberal Finance Minister was Raymond Bachand, the former head of the Fonds de Solidarité labour fund – an economic nationalist at heart who views Rona's relationship with local suppliers as central to the province's fortunes.

Rona is not really a "national champion" – or, for that matter, an international one – in the same way that France views Danone, the multinational food giant. It is a domestic hardware chain that has been struggling since the recession in an overcrowded market. Investors have seen their stock sink from more than $25 in 2007 to just $11.29 yesterday.

However unlikely a champion Rona is, the retailer's brush with an American acquisition feeds the perception in Quebec that there is an uneven playing field for foreign takeovers – one tilted against the province's businesses.

When Alimentation Couche-Tard tried to buy Casey's General Stores in the U.S., the Iowa chain repurchased close to $570-million worth of its shares through a controversial loan that would have penalized any acquirer of 35 per cent or more of its shares. When Alcan tried to fend off Alcoa's hostile acquisition, it did not enjoy the same protections as the American aluminum producer, which is incorporated in Pennsylvania, one of the most protectionist states in the U.S.

No wonder Eric Rosenfeld's Crescendo Partners, a New-York investment fund who is often described as a vulture fund, loves to shop in Canada. A potential buyer or activist investor can go undetected for a longer time, accumulating up to 10 per cent of a company's shares before revealing its holdings, as opposed to 5 per cent in the United States. Last year, New York investor Bill Ackman had acquired 12.2 per cent of Canadian Pacific Railway Ltd. before he had to disclose anything.

A big investor can obtain a shareholder's meeting quickly, in a matter of three to four months. And Canadian poison pills generally vanish after 60 to 90 days, whereas they can last forever south of the border, as Airgas successfully proved when it fended off a hostile pursuite last year from Air Products and Chemical.

By vowing to take all the necessary steps to block Lowe's acquisition of Rona, Quebec politicians are over-compensating for the weaknesses in Canadian securities law, which give little time and recourses to companies targeted by strategic or opportunistic buyers.

Yet in the end, this protectionist stance might actually end up hurting Quebec's true business champions, like Couche-Tard and CGI, which are shopping for acquisitions around the world. Would they like to get a PQ

welcome in the United States or Finland or the United Kingdom? Doubtful. 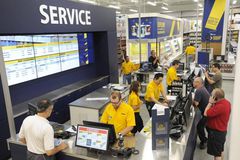 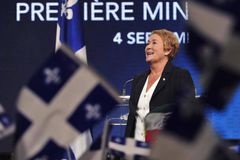