Canada's health-care system is regarded as a national treasure by many, though it has not fared well in recent international studies, in which it has taken hits for well-known problems, such as long wait times for emergency treatment and poor access to specialists.

This, despite the fact that as a country we spend a higher proportion of GDP on health care than some higher-scoring countries.

Even so, could Canada's system be a bigger driver of the economy?

One way this could be done is through medical tourism, experts point out. Another way is exporting our expertise to developing countries. Both could generate funds for facilities that are often cash-strapped.

Medical tourism is a touchy subject, though. How can a hospital offer knee surgeries to foreigners with cash in hand when Canadians are waiting months for treatment?

"It makes sense to do it, but it is hard from a business-model perspective," says Louis Thériault, vice-president of industry strategy and public policy with the Conference Board of Canada.

With $200-billion spent annually on health care, it is "an economic growth engine" that is not being revved to its full potential. Medical tourism introduced carefully could strengthen the country's health-care network, the Conference Board argues.

It is clear that as a country, we are lagging as a preferred destination for foreign patients. Currently about 11 million people travel abroad for medical care, according to Patients Beyond Borders, with the global market growing at 15 to 25 per cent each year and estimated to be worth $38.5-billion to $55-billion.

As a country, Canada exports more patients than it brings in. Canadians travelling abroad for medical treatment spent $447-million in 2013 compared with $150-million spent by foreigners on health care in Canada in the same year, according to the Conference Board.

As Canada has sat back, Asian countries have promoted medical tourism for the past decade, making them the No. 1 destination for medical tourists. As well, countries in Latin America and the Middle East are building hospitals specifically to attract international patients.

If there is the will, Canada could become an international health-care powerhouse because of one critical advantage: proximity to the world's largest economy. The Conference Board contends that Canada is well positioned to become a favoured destination for U.S. patients because of shared language, geography and safety standards.

At present, governments have shown little interest in promoting Canada as a medical tourism destination, says Ronald Labonté, the Canada research chair in globalization and health equity at the University of Ottawa. "It gets discussed from time to time and there are little pockets of experimentation."

He points to the political controversy that arose after McGill University Health Centre treated a Kuwaiti cardiac patient in 2011 (and made a $100,000 profit). The incident prompted the province's health minister to declare, "Quebec is not open for medical tourism."

Well aware of the political sensitivity, the Conference Board states that hospitals must enshrine a set of key principles before throwing open their doors to the world, most important being that Canadians receive priority at all times. Beyond that, it urges hospitals to concentrate in areas where Canada has a competitive advantage and charge international patients more than Canadians.

Canada is doing much better when it comes to sharing and selling expertise and the services of medical professionals in other countries.

Examples include Toronto's University Health Network, which won a $100-million contract to create a cancer-treatment centre in Kuwait, as well as the Sick Kids Hospital in Toronto, which helped build a children's health centre in Qatar.

Given the fact that Canada is well along in its greying boom as the postwar generation swells the retirement ranks, the country's health-care system is well positioned to help China with its own version of a boomer generation. Chinese ranks of seniors are expected to swell by 65 per cent over the next two decades, McKinsey & Co. estimates.

The consulting firm notes that Canadian companies are world leaders as providers of elder-care products and services. While developed countries such as Canada and Japan offer approximately 20,000 types of elder-care products, China has about 700, of which almost all are low-technology, according to McKinsey.

China also faces a severe shortage of elder-care workers, such as nurses and caregivers, and Canadian companies could provide the education and training capabilities to fill that gap, the firm notes.

Editor’s note: A previous version of this story incorrectly referred to the website Patients Beyond Borders as Patients Without Borders. This version has been corrected. 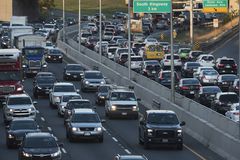 If NAFTA dies, what happens to Canada’s trade with Mexico?
December 6, 2017 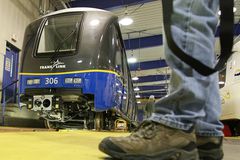 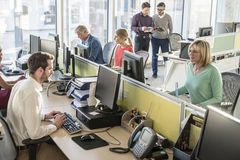