Canadians streamed twice as many songs on any day in 2017 than they downloaded over the whole year. Or did they?

That ratio is what BuzzAngle Music, which has pulled data from a growing number of music services and retailers since 2015, says in a report that will be issued this week. But Nielsen Music – a standard-bearer whose SoundScan revolutionized accurate music-data collection in the 1990s – released its own report on Canadians' music consumption on Thursday, which suggested the ratio wasn't quite so astounding.

Both sources said total music consumption is up – BuzzAngle, by 3 per cent; Nielsen, by 14 per cent. But BuzzAngle says Canadians streamed an average of 135 million songs a day in 2017, downloading just 61 million songs the whole year. Nielsen's report is less granular, but suggests there were an average of about 107 million songs streamed on-demand daily versus 60 million songs downloaded over the entire year – a similar trend, but not quite the same convenient ratio.

The overarching narrative in both reports is the same: Canadian consumers are seizing onto music-streaming services such as Spotify more than ever, and buying less physical and digital music. But their differences tell a separate story that is often grumbled about within the music industry: As consumers shift from buying music (both downloading and in-store) to paying for access (streaming), calculating music "consumption" is an imperfect science that can still have consequences for how businesses makes decisions.

Even if BuzzAngle and Nielsen's data come to differing results, they both rely on industry-standard math that even some experts who run the numbers get frustrated with. The prevailing logic is about trying to roughly equate the revenues of ownership and access. It suggests that 150 song streams should be weighted as one purchased song, and that 1,500 song streams from a given album should be considered the equivalent of a purchased album. Total consumption numbers can then be tallied with proprietary formulas across a variety of listening sources, sometimes using representative samples. "They're trying to simplify something that's not simple," says Catherine Moore, a professor of music technology at the University of Toronto.

While Nielsen's data is helpful for charting music – it powers the Billboard charts – it can tell less of a long-term story than BuzzAngle's more granular data, Prof. Moore said. The former is helpful for short-term decisions such as artist promotion, she continued, but the latter can help the recording industry make more decisions about investments with long-term returns, such as effectively pricing music and how to seek out talent.

Even Jim Lidestri, BuzzAngle's chief executive officer, admits music math isn't always perfect. "I'm not an overly big fan of mixing apples and oranges," he said in an interview. "I'm totally in favour of trying to come up with a number, though, that measures how the industry grew last year."

Canada's shift to subscription streaming last year was not nearly as jarring as in 2016, according to BuzzAngle, which said Canadians streamed 309 per cent more music on those services than the year prior. Still, subscription streams saw 86-per-cent year-over-year growth in 2017, reaching a total of 30 billion songs streamed, BuzzAngle said.

Nielsen reported slightly different results for 2017, including that Canadians listened to 71 per cent more on-demand streaming, either free or paid subscription numbers, but did not separate the two. Other measurements vary wildly between the competitors: BuzzAngle said vinyl sales decreased by 9 per cent last year, citing the closure of HMV; Nielsen said vinyl sales rose 22 per cent.

Both media-measuring firms claim authority in recorded music. Both regularly adjust their chart formulas to match changing habits. Nielsen is Billboard's long-time partner; BuzzAngle, just a few years old, is already building similar relationships, including with U.S. radio conglomerate iHeartMedia – and a Nielsen publicist even recently left to work with the newer company.

Mr. Lidestri said that the companies' data discrepancies arise in part because BuzzAngle was "born in this era," and built its data architecture for vast digital ecosystems. He also argued, as he has in past interviews, that Nielsen's formulas use retail-sales samples that do not paint as holistic a picture of consumption as his company's.

A Nielsen spokesman said "sales and streaming information is reported direct to Nielsen from key accounts and is verified using the same rigorous standards that have made it the primary data provider powering the Billboard charts."

Both firms came to the same conclusion in at least one area: that Ed Sheeran delivered Canada's biggest song and album of the year with Shape of You and Divide, respectively. 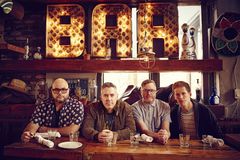 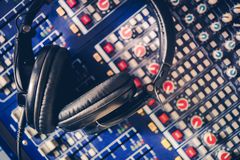