The interview was going well enough - until the job seeker reached over to the hiring manager's desk to pick up a cup of coffee, and promptly spilled the mocha all over the dove-grey carpet.

It was game over for the candidate, whose gaffe made it impossible to refocus on the job discussion, says Warren Lundy, a partner with Toronto-based executive coaching and recruiting firm Feldman Daxon Partners Inc., when describing how a job hunter he was advising blew a big opportunity.

It was a particularly disastrous slip, but "a lot of interviewers are getting increasingly ticked about even minor gaffes these days," Mr. Lundy says. "Because they have so many people asking for their time, if they see something they don't like in the first few minutes, they are apt to try to end the encounter as quickly as possible, and move on to someone who shows more savvy and care."

Candidates can blow it for themselves in many ways, according to a poll of nearly 500 U.S. hiring managers by the U.S.-based Society for Human Resource Management. We asked some Canadian pros to weigh in on moves the survey found most likely to be fatal in job interviews.

Deal breaker for 67 per cent of hiring managers in survey.

What the experts say: It shows a lack of respect for the job and a lack of research on the employer. A business meeting is not a date. It suggests someone who just doesn't get it, and can be a problem for men as well as women who wear attire inappropriate for the work they will be expected to do. Women also run the risk of being hit on for a date rather than considered for a job.

Advice: Dressing appropriately for a role one level up from the job you are applying for is a smart rule. You can find out the dress code simply by calling the reception desk and asking what people in the office tend to wear. If it is a creative company like an ad agency, it might be all right to be edgy, but "dress for success" is still the watchword.

Deal-breaker for 58 per cent of hiring managers.

What the experts say: Sloppy spelling is a warning sign of general carelessness and lack of attention to detail. With so many applicants for jobs today, poor grammar may get you ruled out even before you get called for an interview.

Advice: Read, reread and spell-check everything. Have a friend review mailings for errors and omissions you might have missed.

Late for the interview

Deal-breaker for 58 per cent of hiring managers.

What the experts say: Time is precious for hiring managers, who are particularly harried these days. Coming in late is a red flag that you're not concerned enough about a job to get there on time.

Advice: Allow more time than you would expect to get to the meeting. Preprogram the interviewer's contact number in your cellphone. Call immediately if it looks like there will be a delay, and make apologies. Offer the option of either showing up late or rescheduling at the interviewer's convenience.

Deal-breaker for 49 per cent of hiring managers.

What the experts say: Taking shots at a former boss not only shows poor judgment or lack of maturity, it suggests there is also a very good chance that the interviewer will one day be the subject of the candidate's negative talk. A candidate speaking ill of a previous boss also raises questions about trust and poor emotional intelligence.

Advice: The interview is about you and your past performance. Personality conflicts should not be part of the discussion. Focus on your past role and eagerness for the new job. If you must discuss your previous boss, find something nice to say.

Deal-breaker for 40 per cent of hiring managers.

What the experts say : Answering a call would be disastrous but even forgetting to turn the phone off during a meeting shows poor manners. If there is even a slim chance that this could happen (a sick child at home, elderly parent in hospital), the candidate needs to advise the interviewer up front. Short of that - no excuse.

Advice: Shut your phone off completely in advance. If, by chance, you forget to turn it off and it rings, click it off - without looking at it - and apologize. Then give your full attention to the interview. Don't let the gaffe unnerve you.

Deal-breaker for 31 per cent of hiring managers.

What the experts say: Eating or drinking while talking is gross; doing it at someone else's desk is even more so. Bottled water may be acceptable, but food or other drinks are never okay.

Advice: Even if you are offered coffee or a snack in the meeting, say no thanks. It would be a fatal error to spill coffee on a desk, keyboard or carpet. Certain medical conditions could result in someone needing a snack; if so, mention this at the start.

Including a photo on a resume

Deal-breaker for 20 per cent of hiring managers.

What the experts say: A few years ago, many career advisers recommended including a photo as a way to stand out. Not now. It makes many interviewers uncomfortable because they fear it might suggest they are evaluating applicants on their gender, race or appearance. As well, it can appear too informal and make your approach look dated.

Advice: Your initial approach should be a business letter. Stick to letting your work and accomplishments speak for themselves about you. If you want to post a photo, put it on a business networking website that employers can reference, such as LinkedIn.

Deal-breaker for 18 per cent of hiring managers.

What the experts say: Blabbing on about personal issues or irrelevant topics is tedious and extraneous to the job under discussion. And be warned: Some interviewers actually try to be chummy with candidates as a way to get them to open up and say things they'll kick themselves for afterward.

Advice: You should talk in a friendly manner - but what that really means is to appear relaxed and stay upbeat. Answer questions with a smile, but in a professional way. No one needs to know about your divorce.

Want more insights into the minds of managers in the hiring seat? Here are a few more tidbits uncovered by the Society for Human Resource Management's survey of nearly 500 recruiting pros: 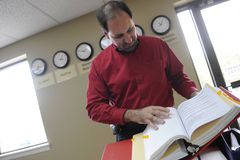 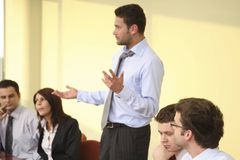 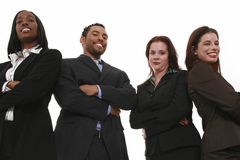 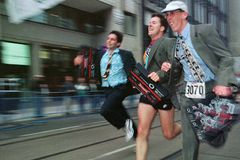 When a complete stranger's better suited than the boss
October 9, 2009
Why bosses aren't trusted
October 23, 2009 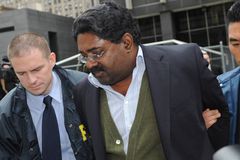