The job ad might read something like this: Wanted, a serial dater who likes to shop and is familiar with luxury brands.

The relatively small team within the Ontario Teachers' Pension Plan that struck the deal to invest $500-million (U.S.) in Hudson's Bay Co., enabling it to pay for its pending takeover of Saks Inc., plays an increasingly important role in the pension plan's investment strategy.

It's called the "relationship investing" group, and its head, Bill Royan, likens the job to playing the field in the singles scene. The people on his team – currently fewer than 10 – travel widely, getting to know entrepreneurs, sovereign wealth funds, billionaires and other investors the group might want to do deals with. "Really, it's like a relationship, and not every dating situation results in a marriage," Mr. Royan says.

Of late, the team has been spending a lot of time in the luxury brands space. A big part of the reason for that is Michael Kors.

Mr. Royan spent a lot of time a few years back getting to know the individuals that had been helping Mr. Kors, a fashion designer based in New York, build his brand. Among them were two major investors, Canadian Lawrence Stroll and Hong Kong's Silas Chou, who had been behind the success of Tommy Hilfiger's brand in the 1990s. (Mr. Hilfiger, who would meet Mr. Stroll at the latter's home in Westmount, has referred to him as "one of the smartest business guys I've ever met," and said that "he taught us how to think big.")

Mr. Royan was sold. In the summer of 2011, Teachers' relationship investing group quietly bought a stake in Michael Kors Holdings, which sells high-end clothes, shoes and accessories, for about $12 a share. About six months later when the company went public on the New York Stock Exchange, Teachers owned about 7 per cent of it. The stock listed at $20 per share, and rose by about 100 per cent in its first year of trading. Its success pushed Canada's Mr. Stroll onto Forbes' list of billionaires. Teachers has been selling down part of its stake in Michael Kors to manage the size of its holding, because otherwise it would have more than $1-billion in the company. It's still the company's ninth-largest shareholder, with a stake worth more than $350-million.

"One of the challenges that we face as an investor is finding thematic investments which have attractive growth in periods of low interest rates and low economic growth," says Mr. Royan, who joined Teachers in 2008 from Lehman Brothers in New York. "And clearly, luxury is one."

"It's not just in Canada, it's not just in the U.S., it really is a global phenomenon as everyone hopes that their income rises, whether that's China, India, Latin America, or wherever," Mr. Royan says. "People want to have higher incomes. They move to the city, they actually work harder, or everyone in the family works, and as a result their disposable income rises. I travel a lot and every restaurant, every bar, every airport plays the same music. Fashion, brands, music – the globalization theme means that many many people around the world all aspire to the same outcome, and that's a Michael Kors purse. So from a growth theme, luxury is a very interesting investment."

Teachers' relationship investing group specializes in being a minority shareholder, and tends to keep the investments it makes for about four or five years. The "dating" is so important because it has to trust the individuals it's working with since it doesn't have the power of a majority owner. Teachers is not trying to dramatically change its partners, but to help them be better.

"We try to add value in concentrated areas," Mr. Royan says. "Strategy is one. Managing growth. Michael Kors is probably three or four times larger in revenues than it was two or three years ago. How do you hire people? How do you ensure that you can produce purses on time with quality? Marketing … We really focus on a handful of attributes that we think really makes the company much better, rather than micromanaging."

If HBC's $2.4-billion deal for Saks goes through as expected, Teachers will wind up owning about 18 per cent of the company. There are long ties between Teachers and HBC, because Teachers' real estate arm, Cadillac Fairview, is the landlord for a number of Bay locations. In essence, the two had likely already been dating for years. And the lure of Saks, a luxury retailer, fits with the group's strategy.

Mr. Royan says his team frequently has stretches when it works around the clock to get deals done, and has to be ready to pounce on opportunities that come together quickly. And sometimes, for a variety of reasons, the blood, sweat and tears end without an investment or deal.

Hong Kong's Chow Tai Fook Jewellery Co. is another company that Mr. Royan's group invested in. Teachers just opened an office in Hong Kong, where Mr. Royan's team already has one person and will be adding three more, to continue developing new relationships in that region. 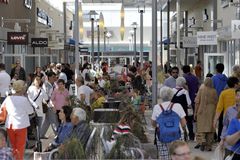 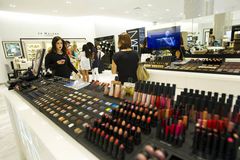 Despite Saks deal, HBC stores still in need of a serious makeover
July 30, 2013 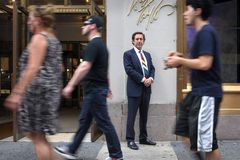 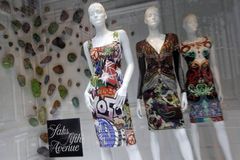 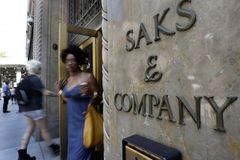