This series looks at what skills future business leaders need to have to tackle the challenges of an ever-shifting marketplace.

It’s no surprise that the board of directors of theScore Inc., a Toronto media and technology company, meets in a room enclosed in glass.

Four tips to help shape your board 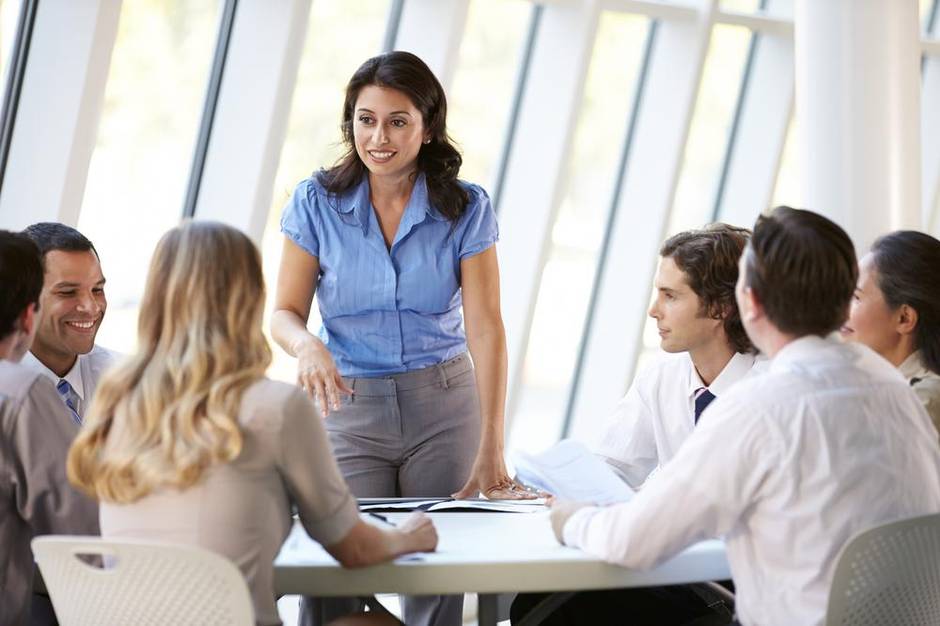 Today’s directors are critical beyond a governance role, engaging in areas from digital strategies to marketing and talent. Experts offer some tips for business leaders to build stronger boards:

“We’re stuck in this mindset of having to report to the board; it drives short-term thinking,” says Johanne Lavoie, a partner at McKinsey & Co. Give the board a mandate to “look farther into the horizon, including broader global trends.”

Boards “can stumble into group-think,” says Michael Hartmann, principal of the Directors College. “We have to be creative, we have to think differently to face some of the challenges we’re facing.” Ms. Lavoie warns “not to reproduce the executive team at the top.” Rather than simply being subject-matter experts, “one of the values of the board is to swim in complexity.”

Spell out directors’ roles and responsibilities and set an ambitious agenda that brings them into discussions, such as competitors and branding, says Zoe Yujnovich, executive vice-president of Shell Canada’s oil sands operations. “You have to be careful that the board isn’t the management,” she warns. Meanwhile, directors who are experts in certain areas can weigh in on others.

“Build a culture of collaboration at the board table,” says Rob Brouwer, Canadian managing partner for clients and markets at KPMG. “That only happens if they’re prepared to be independent thinkers and challenge management from time to time.” The board should be able to deal with senior managers “unfiltered,” although in a way that’s respectful of the CEO.

The transparency that the public firm embraces is reinforced by its open-plan office, where chief executive officer John Levy sits among a growing staff focused on its popular sports apps and coverage of competitive video gaming. It extends to the dealings between senior management and theScore’s corporate board, which is helping the company play at the forefront of new digital technologies.

“Each board has its own colour and characteristics; ours clearly is one of openness,” says Mr. Levy. “There’s no member of my board that can’t talk to any member of my senior team.”

Far from stuffy old-boys clubs limited to discussions of corporate governance and fiduciary responsibility, today’s directors also deal with company strategy, mergers and acquisitions, talent, culture, branding and more. Building and managing an effective board means broadening the scope, deepening the commitment and clarifying the responsibilities of directors, as well as fostering diversity, independence, expertise and an environment of trust.

“We live in an ever-more complex world and we need much greater agility in our organizations. That starts right at the board level,” says Johanne Lavoie, a partner at McKinsey & Co. based in Calgary. “The CEO is pretty lonely at the top. If your board can help you elevate your thinking, elevate debate and the questions you ask, then you’re going to get more value.”

She says that in a McKinsey survey, 63 per cent of Canadian executives and directors said the biggest problem for business leaders is increasing pressure by boards to deliver short-term financial results. Ms. Lavoie recently advised a CEO assembling a board to think of it as a body where he could put his “most wicked problem on the table” and get helpful feedback.

Executives should not simply report to directors “with all the answers,” she says. “It’s a unique advantage of the board to be in a position where they can be trusted advisers and thought-partners.”

Mr. Levy says the board at theScore “is like our own in-house advisory team,” and has morphed along with the company. He began in the family cable television business, which took over a channel that showed sports scores and turned it into The Score Television Network. The cable operation was sold in 1999 and the firm went public, with a new board of directors. The current company was founded in 2012 after the sale of the television side to Rogers Media for $167-million, with theScore retaining its digital assets. The business has grown from revenue of $5.3-million in 2013 to almost $19-million in the first nine months of this year, with the staff almost tripling to 230 full-time employees. The apps today are used by upward of 4.3 million people.

“Things are constantly evolving and there’s little roadmap to follow,” Mr. Levy says, noting nonetheless that the board is “fully aware where we’re pointed.”

Michael Hartmann, principal of the Directors College, a program of the Conference Board of Canada and McMaster University, says that high-profile board failures in the past such as Enron, WorldCom and Tyco focused attention on corporate governance shortcomings. The response was regulation, legislation and even litigation, he says, but education is equally important.

“A lot of it comes down to behaviour,” he explains, noting that directors must be stewards as well as team players who work closely with management. “The key is getting that balance right.”

Dr. Hartmann says that while directors should resist the temptation to get involved in day-to-day company workings, they must have the courage to speak up. “You hear it said that there should be ‘noses in and fingers out,’ but that doesn’t mean ‘mouths shut.’”

The capabilities of board members are changing, he notes, especially given the disruption related to new technologies. Recruitment of digitally savvy directors brings a new skill-set, and other competencies can help with unique challenges organizations face.

For example, while theScore’s board remains largely the same since the company’s television days, Mr. Levy says, it added two new members as it moved more deeply into digital. John Albright of Relay Ventures brought much-needed venture-capital experience and resources to the fledgling company three years ago, while Kirstine Stewart, former vice-president of media at Twitter Inc. and now chief strategy officer of the content website Diply, came on board in June to enhance its digital chops.

Board dynamics that welcome diversity and the contributions of all members are important, says Zoe Yujnovich, executive vice-president of Shell Canada’s oil sands operations, who sits on two corporate boards and is former president and CEO of Iron Ore Co. of Canada.

“While it can take longer to reach conclusions, there tend to be better insights, which means you hear a broader perspective, which is why you have a board,” she says. “Gone are the days when you could get together and smoke cigars and talk amongst friends and the business was not the central focus.”

Rob Brouwer, Canadian managing partner for clients and markets at KPMG and Ontario chapter chair of the Institute of Corporate Directors, says the view declared by Irving S. Olds, chairman of U.S. Steel in the 1940s, that “directors are like the parsley on fish – decorative but useless,” is a thing of the past.

“The roles and responsibilities and accountability of directors have continued to increase. They’re being held to higher standards,” he says; indeed it’s not unusual for directors on large corporate boards to work 300 to 400 hours a year.

Meanwhile, gender diversity on boards is increasingly an issue, with guidelines set by some provinces and even laws in some countries. The Board of Directors Modernization Act, recently introduced as a private member’s bill in the Senate of Canada, proposes that publicly traded corporations, financial institutions and Crown corporations ensure the balanced representation of women and men on their boards.

Mr. Levy suggests that business leaders try to find people for their boards “who are prepared to challenge your ideas and bring new ideas to the table,” as well as fitting the culture and nature of the organization, understanding what you’re trying to build and coming from a varied talent base.

“The significance of the board is to force yourself to open up the issues and the results and the direction of the company at least once a quarter, if not more, in front of people you trust,” he adds. “It’s a tremendous resource.”