BlackBerry Ltd.'s potential sale has kindled nationalist angst, concern over the motives of short-term investors and hand-wringing over the fate of its massive portfolio of valuable technology patents. Is the bell that tolled for Nortel Networks' patents ringing for BlackBerry?

The presumed front-runner in the bidding is Prem Watsa's Fairfax Financial Holdings Ltd. An insurer and institutional investor, Fairfax's role is that of a typical hedge fund or private equity buyer. The playbook is straightforward: Acquire control via a leveraged bid that rewards current shareholders, and swiftly, perhaps brutally, reallocate resources within the firm, with a fresh eye and sharp scalpel. Identify standalone assets that have value, sell to the highest bidder, and use the proceeds to reduce debt. With shrewd thinking and a little luck, the restructured company is leaner and more profitable, and eventually the investors can sell at a tidy profit.

When private equity firms do this, they boost firms' operating performance. Like private equity funds, they create a more durable competitor, preserving and creating more jobs than would a firm's failure. Sometimes they fail, perhaps because they overpaid the original shareholders – yet the market and the economy is the richer for having them, and certainly the original shareholders are too.

In the scenario I have described, in BlackBerry's case, the technology patents are among the likely saleable assets. And the prospect of an open-market auction, in which foreign participation would be key to maximizing sale price, jangles the nerves of economic nationalists.

After all, their thinking goes, "losing" patent ownership would be a blow to Canada's intellectual property (IP) trade. And a cutting blow, because taxpayers are invested in the portfolio, through the research and development expense deductions and scientific research credits the firm will have claimed in developing its IP.

Blocking a patent sale would not be simple under the Investment Canada Act. Wouldn't it be better to create a government-backed investment fund to buy such portfolios, and prevent their escaping?

Well, no. Any restrictions on foreign bidding for the patents could only decrease the winning bid price for BlackBerry. That would punish current investors, who have taken the risk of hanging on to their shares, and leave less funding for the leaner company that might emerge. Implicitly, it would also shrink the rewards to creators of IP, exactly the opposite of what the patent system seeks to do.

A Canadian government-controlled "patent fund" would turn taxpayers into high-tech venture capitalists, whose risks would be managed by a government whose risk-reward preferences are, by definition, different from theirs.

There is a better way. Earlier this year, Nick Pantaleo, Scott Wilkie and I proposed that Canada seriously consider a patent or "innovation box."

The innovation box would draw a line around business income earned from developing and exploiting pure and applied research and from acquired or internally-generated intellectual property, and tax that income at a lower rate than the general corporate tax. It would reward firms for developing, owning and exploiting IP in their domestic activities.

Owned IP mostly benefits its owners, with some spillovers. But R&D facilities, when located next to manufacturing facilities, raise the productivity of both. We learn from colleagues we meet across the street, and who introduce us to ideas and how to up our game. This synergy benefits more than the IP owners, and generates taxable business activity – jobs – in the community where it occurs.

Governments may worry about the potential loss of tax revenue associated with the innovation box concept. But the activity, and the productivity boost that R&D and manufacturing co-location generate, offset some or all of it.

Revenue worries could be further mitigated by shrinking the scientific research and experimental development credit. The federal credit is fantastically expensive in tax revenue terms. It tends to reward firms for things they would have done anyway. Worse, recent changes have increased the credit's focus on labour costs and small business, which is just plain wrong when it comes to growth and innovation.

BlackBerry, even if it is transformed by the investors who seek to profit from doing so, is a success. So too can be Canada's innovation performance, if we let it. Forcing taxpayers, through government, to become venture investors in order to keep intellectual property in Canada is not the way. Policy innovation is.

Finn Poschmann is vice-president, research, at the C.D. Howe Institute in Toronto. 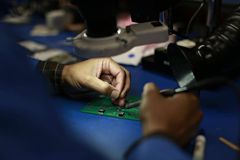 Opinion
What corporate Canada should learn from our pot grow ops
October 26, 2013 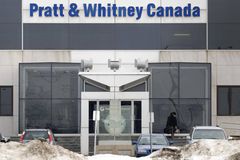 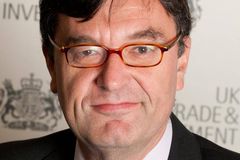