Several years in the future there is a massive blackout throughout Canada and the United States. People are scrambling to pay for food, gas and other necessities but the stores’ card readers and contactless payment terminals are not working.

While we can hope such a scenario does not play out, a huge blackout, such as the one in the Northeast of North America in 2003, has a likelihood of happening every 25 years, according to the University of Vermont’s Paul Hines, who co-authored a research paper on large blackouts in the United States.

And in that scenario, would a disruption or full breakdown of e-commerce and banking systems be possible? 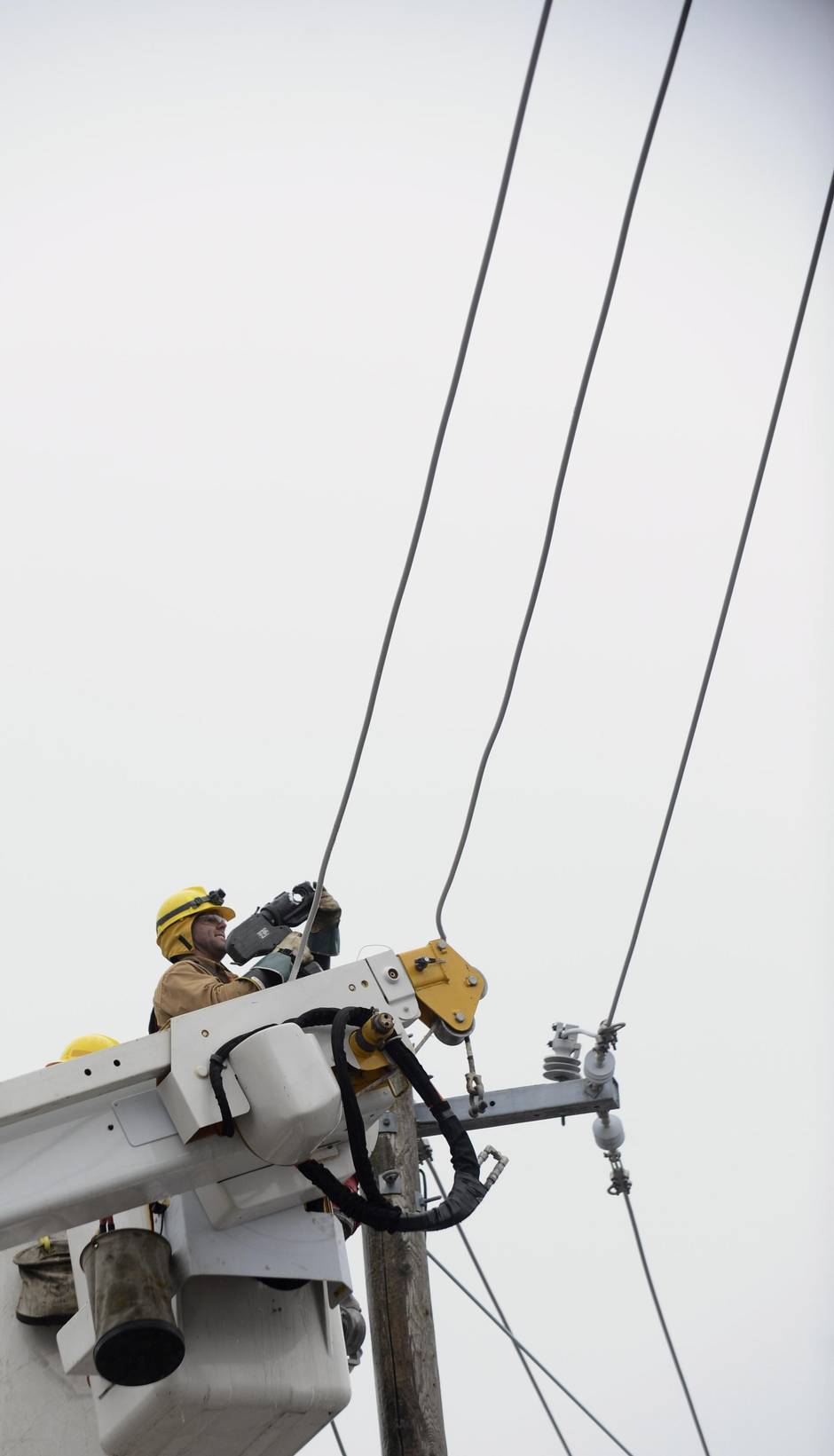 The scenario of a catastrophic failure of financial systems “is a very scary one,” said Srinivas Sampalli, professor of computer science at Dalhousie University in Halifax.

Fortunately, banks, credit-card companies and other financial systems have an array of backups that are able to kick-in immediately.

“The probability of such a catastrophe happening is very minuscule. And let me tell you why,” he said. Each banking and credit-card system has its own network, or collection of computer systems and connected servers, and each is managed by different organizations, he explained. It would be very hard for an emergency in one location to affect all networks.

So, what would happen in a major blackout? Data centres in Ontario and other regional centres in Canada would immediately detect the outage and keep the financial applications running, to prevent data from being lost.

And the centres typically get electricity from two different supplies. So, if one fails, power from the other utility takes over. If that fails, then heavy-duty UPS, or uninterruptible power supply batteries, automatically start. The centres commonly use UPS batteries anyway to condition the electricity coming in, to guard against any power surges or blips.

If all else fails, diesel-fuelled generators then launch. As Glenn Foster, senior vice-president and chief information security officer at Toronto-Dominion Bank noted, the bank has a priority contract with local diesel suppliers. “So we could conceivably run indefinitely without the power grid,” he said.

But while the data centres keep the financial system up and running, the weak points are the local ATMs and card readers at retailers. Those are still plugged into the wall and dependent on the local power supply. Some branches of various banks have UPS battery systems, and some buildings that houses the branches have emergency generators, but obviously not all.

If they can be connected at least to UPS power, they can make transactions because the data centres will not be effected. “If the utility said, ‘I don’t think we’re going to be up for another week or two weeks,’ we would source more diesel fuel and bring it to the site, so that we could keep feeding the generator,” said Nadeem Shabbar, global head of corporate real estate at Royal Bank of Canada.

Within 24 hours after the massive blackout hit the Northeast on Aug. 14, 2003, for instance, 80 per cent of ATMs were up and running again, he added.

“Even back then, if you look at 2003, the majority of merchants could still process [purchases] because they had backup centres in Vancouver or elsewhere,” said Jonathan Magder, senior manager in strategy and financial services and the payments lead in Canada at consultancy Accenture.

He remembers the 2003 blackout well. It was the day he got married. “The key challenge is if the merchant can’t plug in that physical point-of-sale device – the one you swipe the card through – then you’re out of luck,” he said.

True, some merchants in a blackout might have to temporarily revert to cash.

Yet, in a blackout, mobile devices could come in particularly handy. Customers could insert a card through a card reader attached to a merchant’s cellphone or other kind of mPOS (mobile point of sale) device. Mobile phones are immune, at least for a time, against a blackout, assuming telecom reception is still operating. 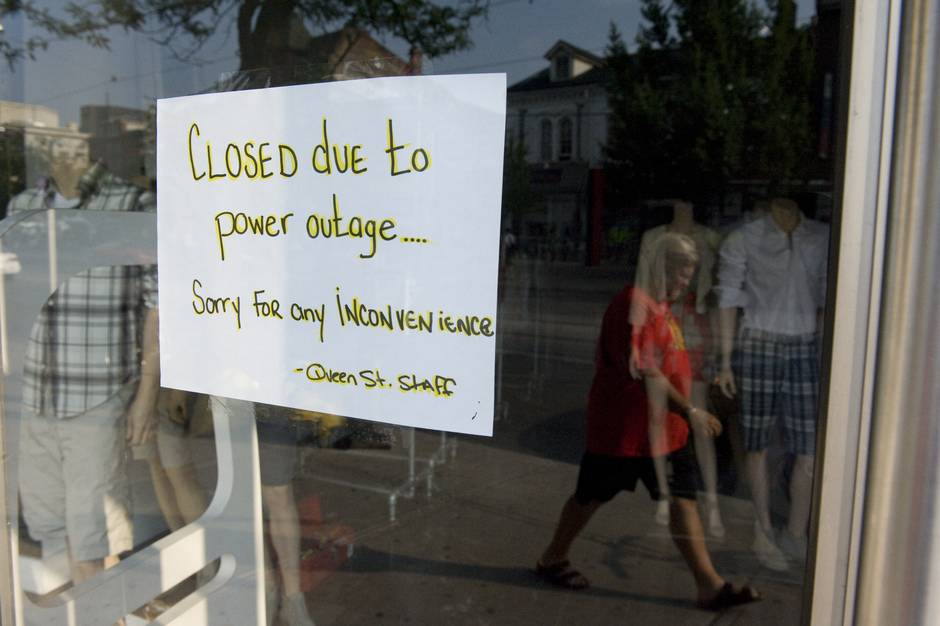 ... you may not be able to use electronic payment methods in a blackout, but a catastrophic failure of financial systems is unlikely, experts say: Data centres in Canada would detect the outage and keep the financial applications running.

“While the number of the mPOS devices out there is growing, it’s still far and few between, I think. And some people will still have to revert to cash,” Mr. Hannah said.

Banks have to tell regulators at the Office of the Superintendent of Financial Institutions what kind of procedures they have in place in an emergency, but OSFI doesn’t mandate, for instance, a certain size generator in a certain location or that specific level of detail.

“They don’t go in that direction,” said Darren Hannah, vice-president of finance, risk and prudential policy at the Canadian Bankers Association, which represents the banking industry.

Instead, he emphasized that because the financial data systems are operated through various centres and have robust backups, the main financial disruption felt by the public in a blackout would be at the point of sale. “As long as the retailer has the capacity to be able to open and accept a payment, I can pretty much guarantee you that you’re going to be able to use your card and make that payment,” he said.

Future preparedness will likely involve more push technology, alerting customers of bank branches that may be closed in a blackout. During Hurricane Sandy in 2012, TD Canada Trust did this with its branch locator app and website, warning of storm outages and the closest working branches.

Most of these measures apply to any kind of emergency, from blackout to flood to massive fire (such as setting up temporary branches and operations recently in Fort McMurray, Alta.), to computer attack or even terrorism. The banks also have dark offices, which are filled with desks and computer terminals, but stand empty until needed during an emergency.

The point the banks emphasize is that even if an emergency event brings down operations in a certain area, the systems are spread so widely that backup is soon available.

“Even within one bank, their databases are duplicated, they are distributed geographically, and they run on multiple power sources. Every time a transaction happens, it is synchronized. So, basically, multiple databases get updated simultaneously,” Dr. Sampalli said.

“So even if one portion of the infrastructure collapses due to, say, a fire, there will be other sources which back up,” he said.