As the president and chief executive officer of PropertyGuys.com, Ken LeBlanc has spent the past 18 years helping Canadians buy and sell their homes without the use of a realtor, sparing them from paying commission on a sale.

But away from his Moncton-based head office, Mr. LeBlanc has his eye firmly set on a more personal kind of property – specifically hockey memorabilia that was once worn by the star players of his beloved Toronto Maple Leafs.

Attending the National Hockey League club's first Fan Fest celebration in the summer of 2014 with his father, Gerry, Mr. LeBlanc got to meet some of his personal heroes, including former team captain Dion Phaneuf, goaltender Jonathan Bernier and team president Brendan Shanahan.

And not even the team's recent struggles – it's going through a rebuilding phase after finishing 27th out of 30 teams last season and is headed for another basement finish this year – have deterred Mr. LeBlanc from his passion.

"I'm definitely still diehard and have done some cool things the last couple of years," he says. "I'm just getting into specializing with more of the oddball stuff and the game-used equipment to go along with the hockey autographed memorabilia that I've picked up over a while."

Among the pieces he grabbed during his visit to Toronto for Fan Fest were some gloves and skates that once belonged to former Leafs star Phil Kessel – who was traded to the Pittsburgh Penguins last July – along with a jersey worn during games by Mr. Phaneuf, also since traded away. He also mined the team's equipment sale for a helmet that budding defenceman Morgan Rielly wore while representing Canada in the world junior hockey tournament a few years back.

"I really like the Dion Phaneuf game-used jersey with the captain on it," Mr. LeBlanc says. "I wouldn't mind grabbing a couple of other former Leaf captain jerseys, [Mats] Sundin, Wendel [Clark], some of the guys I remember, so having those pieces with jerseys and then getting some of the game-used equipment to go with them, whether it's sticks or gloves and stuff like that."

Planning for the future is a priority for Mr. LeBlanc, given that he is building a new house, so he will have a more extensive area to display his collection than his wife allows him in his Moncton home.

"I'm putting a man cave together, a little larger than I have now, so I really want to put some key pieces together. That's why I've leaned toward the game-used stuff," he says of the opportunity to showcase his collection in a museum-style setting.

"I've actually switched from pucks to balls. I'm trying to get the 500-home run club now," he says of a collection that numbers 27. "I'm not much into the baseball but obviously with the [Toronto] Blue Jays' run [to the playoffs this past season], I got a little interested in that, so I picked up a Mickey Mantle ball, a Ted Williams ball and Hank Aaron ball so I got some key pieces there. I've got about 30 or 40 autographed baseballs now."

The most expensive piece in Mr. LeBlanc's collection is a Tim Hortons-issued hockey card of current Edmonton Oilers rookie Connor McDavid, the No. 1 pick in last year's NHL draft and the most-hyped prospect to come along since Penguins captain Sidney Crosby. It cost Mr. LeBlanc $1,000 (U.S.) from an eBay seller.

"I have a feeling it will be an investment piece," he says.

But when it comes to Oilers stars, there are none bigger than Wayne Gretzky, and Mr. LeBlanc had the opportunity to add to his collection of Great One memorabilia when a widow was selling her husband's collection. He spent $1,500 on buying what he calls "the oddball stuff," including a 1979 Gretzky doll by Mattel and other 1980s Oilers memorabilia.

"It wasn't a steal of a deal but it was a nice little collection to add to my already extensive Gretzky collection," he says.

While he estimates his collection is worth in the region of $110,000 (Canadian), when it comes to investing in his collection it doesn't hurt that business is booming for PropertyGuys.com. The company recently launched Real Estate Pro, which is a full-service real estate offering, connecting buyers and sellers with lawyers, appraisers and an answering service, so that customers never miss a prospective buyer.

"It's been a huge success; our customers just love it," Mr. LeBlanc says. "It takes out all the scary stuff of selling on your own."

In addition, he says franchise locations are 90 per cent sold out outside of Quebec, where the company is putting the finishing touches on a master franchise, which will then put Property Guys in every province.

Mr. LeBlanc is even more excited by his company's growth beyond Canadian borders, and somewhat surprisingly, it's not into the United States, which remains a goal for a little further down the line.

Property Guys is actually finalizing a deal for its first international franchise master agreement in Australia. . Targeting Australia was a natural progression for the company, he says.

"Population size, language is similar," he says. "Real estate is a little different, as they lean more toward auctions than straight sales which is okay with us; we can go in and disrupt the way they transact real estate."

In the meantime, Mr. LeBlanc will continue enjoying his other passion, which includes getting out to Toronto to see his team in action, and to say thanks to the person who planted the seed for a life of Leafs fandom.

"I've got a very good franchise lawyer, Dan So, who does all of our franchise law for us and they have season tickets at McKenzie Lake [Lawyers LLP]," he says. "So I get a couple of [tickets] at two or three games. … Every year so I always take my dad down to a game." 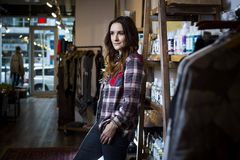