Noted railroader Hunter Harrison, who died on the weekend, was remembered by allies and rivals as an outspoken leader who transformed much of the North American railway industry.

Mr. Harrison, 73, died in Florida from an undisclosed illness, less than two days after leaving his job as chief executive officer at Florida freight carrier CSX Corp. for medical reasons.

"Hunter passed away peacefully earlier today surrounded by his loving family," his family said in a statement on Saturday. "He will be known by many as a visionary in railroading, as someone who was dedicated to making the companies he served better, in every way, for their employees, their customers and all of the communities they served. He will be remembered by us as a loving father, husband and grandfather."

From the archives: The turmoil behind the turnaround at Canadian Pacific

From the archives: Inside the Hunter Harrison era at CP Railway

Mr. Harrison, over a career that spanned six decades and several railways, forged a reputation as a tough executive who turned around three rail carriers, including Canadian National Railway Co. and Canadian Pacific Railway Ltd.

Along the way, his gruff manner and bare-bones railway operating model rejuvenated underperforming companies, enraged unions and customers and made a lot of investors wealthy. He died before realizing his dream of creating a North American rail giant through a takeover, and just months into a revamp of CSX, a southeastern U.S. railway he joined in March after quitting CP.

"Hunter was a larger-than-life figure who brought his remarkable passion, experience and energy in railroading to CSX," the company said.

"Hunter Harrison was a passionate leader who helped elevate the rail industry," said Virginia-based Norfolk Southern Corp., a railway Mr. Harrison tried and failed to take over as CEO of CP.

Mr. Harrison had a history of health troubles, dating back to his days at CN and CP. Lately, he was seen in public breathing with the aid of an oxygen tank, unwilling to try retirement a second time.

Mr. Harrison's successor and protege at CP, Keith Creel, said he has lost a "friend and a mentor."

"I spent most of the last 25 years working closely with Hunter. Over that time, he taught me how to railroad but more than that, he taught me how to be a leader," Mr. Creel said in a statement. "Professionally, Hunter was unmatched in this industry. He will go down as the best railroader ever, plain and simple. What he has done at multiple railroads and for our industry the last 50-plus years is incredible, which includes bringing CP back to its rightful place among leaders in the Class 1 space in what some have called the greatest corporate turnaround in history."

"Hunter was a giant of the railway industry for decades and a transformative figure at CN," said Luc Jobin, CN's chief executive officer.

He led Illinois Central from 1993 to '98, when the company was bought by Canadian National. At CN, he rose to the top job before retiring in 2009 to breed show-jumping horses.

The retirement didn't last. At the urging of Bill Ackman's Pershing Square Capital Management LP, he came out of retirement to take the top job at CP after Mr. Ackman won a battle for control of the boardroom.

"He was the greatest railroader ever," Mr. Ackman said by phone. "And he was a tremendous human being in terms of charisma, character, sense of humour. It's a big loss."

"You just sat back and watched him make magic happen," Mr. Ackman said. "He commanded enormous respect from his team. You just knew whatever he said became law."

CP's share price more than doubled under Mr. Harrison, and the company posted record profit as it idled locomotives, pulled out unneeded tracks and shed thousands of jobs. The company's unionized work force accused the company of fostering a toxic workplace, where harsh discipline and arbitrary firings created a culture of fear. A Globe and Mail investigation found dismissal grievances soared under Mr. Harrison's reign. Most of the terminations were found by an arbitrator to be unjust.

A leader of the Teamsters Canada Rail Conference, which represents train crews, extended his condolences to Mr. Harrison's family but declined to comment further.

Mr. Harrison led Calgary-based CP from 2012 until January of this year, when he shocked the railway world by quitting, at the age of 72, to seek the CEO job at CSX with the backing of investor Paul Hilal's Mantle Ridge hedge fund.

It was a script that echoed his move on CP, but this time no battle for the boardroom was required. CSX investors, who saw their shares soar by 35 per cent on news of his intentions, threw their support behind him and he was named CSX's head in March.

Anthony Hatch, a railway consultant in New York who first met Mr. Harrison in 1990, said the railroader was one of the industry's revolutionaries – skilled at squeezing efficiencies out of a network of tracks, yards and customers that spanned thousands of kilometres.

While operations were his forte, dealing politely with politicians, customers and labour was not. That meant he had little inclination to explain how the changes he enacted would benefit shippers.

The U.S. regulator, the Surface Transportation Board, recently launched an investigation of complaints made by CSX customers and industry groups. The shippers say Mr. Harrison's yard closings, layoffs and operational changes have led to poor service that is harming their businesses.

Mr. Hatch has seen it before at the other railways transformed by Mr. Harrison, whose changes create an efficient network that other, more customer-focused leaders can make the most of. That, he says, is what happened after Mr. Harrison left CN, and what is under way at CP and CSX.

"It wasn't that he was on purpose trying to annoy his customers," Mr. Hatch said. He would tell them, " 'Change is hard. It's going to be better for you in the long run, but in the short run you may need to change the way you distribute goods, and start working seven days a week instead of five. You need to change as much as we need to change.' "

"He upset a lot of people, there's no doubt," Mr. Hatch said. "As he said, change is hard. And he doesn't brook any BS. But he was a straight shooter." 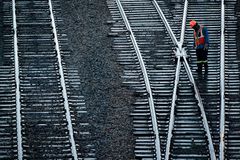