Provincially controlled Hydro One Networks Inc. has launched an effort to replace a competing consortium to build a transmission project aimed at bringing more reliable power to towns, industry and First Nations communities in Northwestern Ontario.

As NextBridge Infrastructure LP enters the final stages for regulatory approval, Hydro One is urging the provincial regulator to allow it to build the project instead, saying it can save Ontario ratepayers $120-million in capital costs and $3.5-million in annual operating costs.

Hydro One plans to hold public meetings along the route later this month, and will consult with several First Nations who have already agreed to take a 20-per-cent equity stake with NextBridge, a consortium comprising Enbridge Inc., U.S.-based NextEra Energy Inc. and the Ontario Municipal Employees Retirement System (OMERS).

The Ontario government has designated the East-West Tie from Wawa to Thunder Bay as a priority project that is needed to bolster economic development and provide electricity to underserviced communities in the sparsely populated region north of Lake Superior. Some 23 new mines are proposed for the region, according to the Thunder Bay Community Economic Development Commission, and proponents want to be able to count on an upgraded electricity system to power their operations.

Hydro One – which owns the existing transmission infrastructure in the region – lost to NextBridge in the 2012 competition to construct the additional 230-kilovolt line. The provincial government maintains a 47.4-per-cent ownership in Hydro One after selling shares to the public in 2015.

In a submission filed with the Ontario Energy Board last month, Hydro One notes that NextBridge's costs have escalated dramatically since 2012.

It says it can complete the project for $636-million – and save on operating costs – in part by using its existing right of way and towers through Pukaskwa National Park on the shores of Lake Superior. Parks Canada denied NextBridge approval to cut a new right of way through the park, and the consortium had to reroute the line, adding 50-kilometres to its planned length.

Use of Hydro One's existing infrastructure provides "a tremendous cost advantage and a tremendous environmental advantage," executive vice-president Ferio Pugliese said in an interview. He said Parks Canada has approved in principle the company's plan to add new wires to its existing infrastructure in Pukaskwa. However, the company will have to file an environmental-impact statement.

NextBridge project director Jennifer Tidmarsh said the cost escalations were caused by the rerouting, as well as the provincial system operator's decision to delay the startup for three years owing to a reduced demand forecast. Among other revisions, planners had expected TransCanada Corp.'s proposed Energy East pipeline to require 110-megawatts of demand, but that need disappeared when TransCanada killed the crude pipeline project in October.

Ms. Tidmarsh said Hydro One's cost estimate is preliminary and fails to include some key items, including the need to provide benefits to local Indigenous residents and an equity stake to the six First Nations communities whose territory is directly affected. She argued that Hydro One would use the same towers for both the existing lines and the new one, thus significantly reducing any reliability gains from the project. "If one of those towers goes out, the entire line will go out," she said.

NextBridge is aiming to receive final approval from the Ontario Energy Board before July in order to begin construction later this year and meet its 2020 deadline for completion, and Ms. Tidmarsh worried that Hydro One's intervention could throw that schedule off.

In a letter to Hydro One last week, Mr. Angus noted that NextBridge has hired its contractor, who has begun training some 250 Indigenous workers and engaged local suppliers owned by a First Nations consortium.

"In our opinion, Hydro One Networks should be focusing on upgrading its own transmission and distribution lines throughout the Northwest rather than trying to undo a decision already made by the regulatory authorities – that is to award the East-West Tie to NextBridge," Mr. Angus said in the letter. 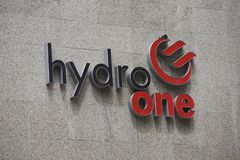