Travel by hyperloop – pod-like trains that can travel at near-supersonic speeds inside futuristic glass tubes – is still years away. But the debate over what effects such transportation could have on cities and real estate is already hitting the fast track.

In one corner are hyperloop developers, who say that significantly reduced travel times between towns and cities will reshape how and where people live in positive ways. In the other corner are skeptics who wonder whether the promised disruption will indeed be a good thing.

Among the technology's biggest supporters is Tesla and SpaceX founder Elon Musk, who first began hyping the hyperloop concept in 2012. Mr. Musk's idea, now shared by a number of startups around the world, is to propel pods full of passengers on cushions of air with magnets rather than along electrified rails.

It's similar to how magnetically levitated trains in several Asian countries currently operate, except that hyperloop pods would travel through pressurized tubes. Doing so would reduce air friction and thus heat, which means they could go faster still without bursting into flames.

At such velocity, distances between cities could become almost insignificant.

Los Angeles-based Hyperloop One, among a handful of developers to spring up over the past five years, believes it can compress the nearly 500 kilometres between Helsinki and Stockholm into a breezy 28-minute jaunt, for example. A flight between the two cities, complete with trips to and from their respective airports, takes between three and four hours.

The company last month announced a Toronto-Montreal corridor, with a stop in Ottawa, as one of 10 finalists it is considering for commercial viability. Such a development, proposed by U.S. engineering firm AECOM, could cut travel time between the two cities to about 39 minutes from five hours.

Toronto-based TransPod Hyperloop also believes it can deliver half-hour trips in two initial corridors – Toronto and Montreal and Calgary and Edmonton – with hopes of beginning construction by 2022. It announced $20-million in seed-round funding to that end last year.

Last month, the City of Calgary carried a motion to support the development of a hyperloop research centre and test track. TransPod plans to have a one-kilometre test track running there in 2019.

Compressing long-distance journeys would bring about significant changes to living patterns, the company says. With effectively shorter commuting distances, people could decide to live in smaller cities and towns on the routes – say Kingston and Belleville in Ontario or Red Deer in Alberta – and thereby take pressure off skyrocketing housing prices in the major cities.

"You'll be able to look at the map between Toronto and Montreal or Waterloo and Toronto the same way you look at the subway map in Toronto," says TransPod co-founder and chief executive officer Sebastien Gendron. "By shrinking distances, it'll bring to people what the Internet brought to information."

Such rosy forecasts are naturally attracting a host of questions and criticisms. A recent report in The New York Times, for example, brought up Marchetti's constant, a theory attributed to Italian physicist Cesare Marchetti that suggests people tend to commute for an hour each day regardless of how much distance they have to cover.

The phenomenon has held true for centuries despite technological advances in transportation methods, which means that any time savings promised by hyperloop may never be realized. People will simply spread out and take up more space, keeping their overall commute times the same.

There could be several downsides to that, urban planning experts warn.

As well, smaller towns could find themselves unprepared for sudden population increases.

"They will have an influx of costs in their local systems that they actually can't afford to provide for," says Shauna Brail, director of the urban studies program at the University of Toronto.

Hyperloop could also exacerbate inequality by driving up the price of real estate near pod stations. Big cities such as Toronto are already experiencing this phenomenon, which is resulting in longer commutes for less well-off people, who are forced to live long bus rides away from subway stops.

The side effect to that, related to Marchetti's constant, is that big cities could experience even more sprawl. Commuters could ultimately save time travelling between cities, but then face more challenges in getting around large urban centres.

"When you have sprawl, you increase the total number of trips [you have to take] unless you have complete communities," Dr. Brail says.

The rollout of hyperloop technology – and the realization of its hyped-up benefits – needs to be presaged by a wealth of study, most of which hasn't been done yet, she adds.

"It's only likely to transpire as a Utopia if we can figure out what all the negative impacts would be and find a way to ensure that they don't happen. Given historic precedent, I'm not sure that's possible." 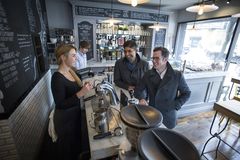 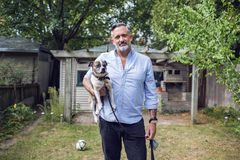 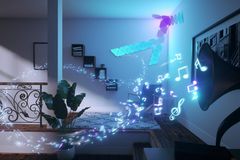