It's time to crack down on the escalation in air rage and other instances of disruptive and potentially dangerous passenger behaviour, says the International Air Transport Association.

Too many airline passengers who commit serious offences on board are not being prosecuted because of legal loopholes in existing air policy agreements, the trade group representing about 240 airlines around the world said on Tuesday.

"Airlines are doing all they can to prevent and manage unruly passenger incidents, but this needs to be backed up with effective law enforcement," IATA director general and chief executive officer Tony Tyler said in a statement.

"Reports of unruly behaviour are on the rise. There are too many examples of people getting away with serious breaches of social norms that jeopardize the safety of flights because local law enforcement authorities do not have the power to take action."

But security experts say there is room for the airlines to step up their own efforts to prevent and control passenger misbehaviour as flying's appeal broadens, discount airlines proliferate and customer service standards fall.

"We should look into how airlines provide alcohol on airplanes and how they are often not screening passengers getting on a plane to see if they are intoxicated," said Charles Slepian, a Portland, Ore.-based expert on aviation security issues.

"Long flights, too much alcohol, crowded conditions create this disruption," he said.

Andrew Thomas, associate professor of international business at the University of Akron, says IATA's urging of governments to make prosecution easier is a good start to what he sees as a spiralling problem.

But the airlines could do more, he said.

"I'm not a big fan of the airlines in how they have handled this," said Mr. Thomas, who tracks incidents on his site AirRage.org.

IATA spokeswoman Mona Aubin said in an e-mail response that IATA recommends crews be trained "to recognize and manage possible intoxication which could result in restriction of further alcohol service to the affected passenger(s). Many airlines already include such training for the their staff."

Existing international rules, based on the 1963 Tokyo Convention, make it harder for law enforcement authorities to act when a passenger becomes violent, disruptive, abusive or acts in a manner that threatens safety, IATA said.

The association backs proposed revisions to the 1963 Tokyo Convention, which gives jurisdiction over offences committed on board aircraft to the state of registration of the aircraft. Modern leasing arrangements mean that the country where the plane is registered may not always be the airline's home base, Mr. Tyler said.

"This limits the practicality of enforcement and consequently the options available to mitigate disruptive behaviours."

"The Tokyo Convention was originally designed to address unruly behaviour and there is a great deal of uncertainty among carriers as to what actions crew can take to manage incidents in the air," Mr. Tyler said.

Mr. Slepian agrees that existing enforcement mechanisms need to be updated and harmonized but said carriers can also help by trying to pre-empt or defuse potential crises.

There have been cases where the crew overreacted to incidents, leading to an escalation of the conflict and a situation where people were unfairly punished, he said.

Flight attendants need better training in how to manage such situations, he said. 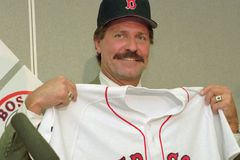